Move over “Last Four Words.” There’s a new Gilmore Girls mystery in town, only it’s not new at all. It’s an oldie but a goodie: Where on Earth has Mr. Kim been hiding all these years — and will we ever meet him?

The whereabouts of Lane’s dad — who was occasionally referred to over the series’ initial seven-season WB/CW run but never actually seen — isn’t keeping TV daughter Keiko Agena up at night. In fact, she’s pretty sure she knows the answer.

“I always thought — and this is not something [I’ve] ever talked about with [Amy and Dan] or even [TV mom] Emily [Kuroda] — is he’s away [doing] something purposeful,” she told me last Friday at the revival’s four-episode premiere event. “And I know that sounds vague. [He’s] traveling.” 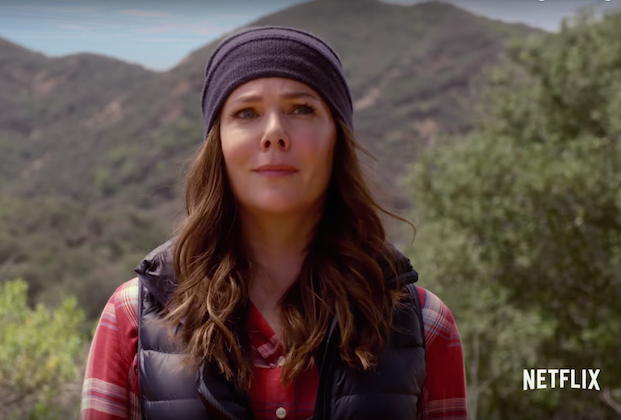 Agena went on to reveal that she never pointedly asked Team Palladino to solve this familial mystery, nor has she discussed it with her TV mom Emily Kuroda. How is that even possible?!

Press PLAY above for an answer to that question as TVLine’s “18 Days of Gilmore” scoop countdown reaches its climax. That’s right — we’re nearing the finish line, folks. Gilmore Girls: A Year in the Life begins streaming on Netflix at 12:01 am PT/3:01 am ET, and you better believe Team TVLine will be burning the midnight oil to usher in its arrival.