Two very different mysteries are afoot this Tuesday on NCIS (CBS, 8/7c), as the team juggles the Case of the Week with helping Bishop’s three (!) visiting brothers figure out which colleague is courting their kin.

Indeed, the Thanskgiving-time episode offers a “major mix” of emotions, Emily Wickersham says in the Q&A below. In investigating a Navy chaplain’s murder, Bishop must accept some harsh realities about the Guantanamo Bay “guilty.” All the while, some familiar fellas at HQ (McGee included!) are getting grilled about possibly mixing work with play.

Here’s what Wickersham had to say about the eventful hour.

TVLINE | When I saw you at the summer TCA party, I suggested that Bishop would be “single and ready to mingle” this season — and when you concurred, you apparently weren’t kidding.
I wasn’t! I didn’t know exactly where they were going to go, but I knew a little bit. Here we go!

TVLINE | Outside of her three brothers, who are visiting for Thanksgiving, who at the office dives deepest into the mystery of Bishop’s boyfriend?
There’s a bit of “gathering and digging” done by many people at NCIS. But it’s Abby who at one point leads us through a visual presentation. [Laughs] 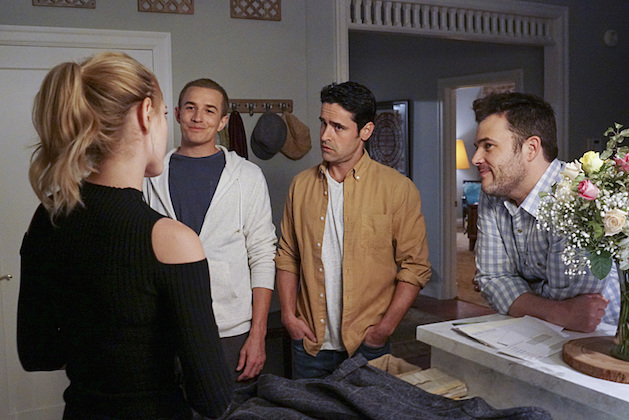 Bishop’s brothers have distinct personalities, or is there more of a “hive mind” thing going on?
There is a running thread of similarities between the three, but they’re all played differently — and together, they are a major force coming in and making their presence known. Jesse Johnson (Killing Lincoln) plays Bishop’s youngest brother, Robbie, and he is probably the most similar to her, I would say, in terms of mannerisms. Ryan Doom (Raising Hope) plays George, her oldest brother, and then you have Jesse Bradford (Guys With Kids) as John… It was really so fun to work with those guys.

TVLINE | A lot of their scenes aren’t with you — and it’s quite hysterical as they forage for intel and interrogate “suspects.” Did you swing by to watch any of that being filmed?
That’s good to hear — they’ve definitely got the funny down! I watched bits and pieces, but I didn’t want to butt in too much. Their stuff with Torres (Wilmer Valderrama) and Reeves (Duane Henry), I cannot wait to see.

TVLINE | When it comes to revealing with whom Bishop is breaking Rule 12, did you know what that final scene was going to be, 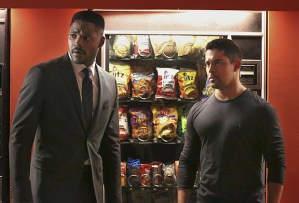 or not until you read the script?
No, I had known for a little while who it was going to be, but I didn’t know how the storyline was going to unfold. Were you  surprised?

TVLINE | I have to say, I had no idea who it was going to be, because as much as any of the “suspects” denies it, you’re talking about professional spies, undercover agents and such. I was frankly at a point where if Michael Weatherly walked through the door at the end, I would have been like, “Sure, OK.” They spun a fun little mystery.
They did, yeah. Good! I’m happy to hear that.

TVLINE | On a more serious note: Tell us about the Case of the Week that Bishop gets involved in.
Bishop goes to Gitmo to gather evidence for a Navy chaplain’s murder case, and within that she starts questioning her work at the NSA, and how certain innocent people have been sent to Gitmo. That brings up all of these questions for her, about how many innocent people are there — and how many has she contributed to? 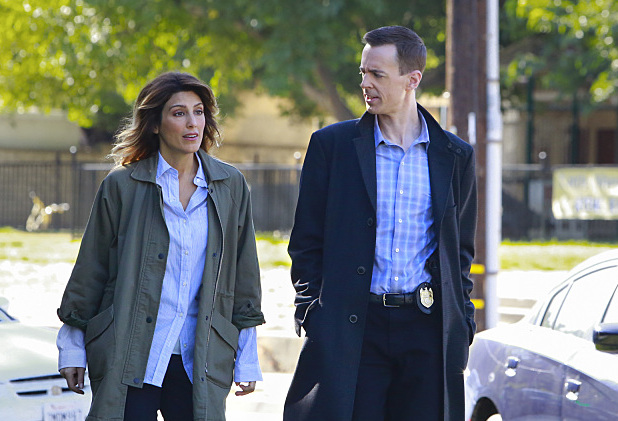 TVLINE | Between the brothers and the Gitmo case, this must rank among your favorite episodes.
I always love the episodes where we get to learn more about Bishop’s family, and have more character things come out. That’s always the most fun to play. And this one especially, I loved how there’s a major mix of a lot of fun and then some super-serious stuff. And there are also some really sweet things.

TVLINE | You’re the first cast member I have spoken to since [showrunner] Gary Glasberg’s passing. Is there a specific remembrance you’d like to share?
Gary’s passing came as a shock to us all. He is really missed with our NCIS family, and will always be. He was very encouraging to me, and really gave me a shot — and I will always be thankful to him for that. But most importantly, I will remember his sweet, generous spirit.