Indigestion might very well be on the Thanksgiving menu when sitcom vet Wendie Malick guest-stars on ABC’s American Housewife, as seen in these first photos.

In “The Blow-Up” (airing Tuesday at 8:30/7:30c), Katie (played by Katy Mixon) is less-than-thankful to receive a visit from her least-favorite person — her mom. “Kathryn was a Pan Am stewardess in the old days, and she just thinks she’s the bee’s knees,” the ever-ubiquitous Malick says of her self-centered matriarch. “I play a lot of those women, who are ‘missing some links.’ Kathryn is just wrong on every level, which is fun!”

Asked how Kathryn gets along with Katie’s husband Greg (there appears to be some turbulence below), Malick shares with a laugh, “It’s funny, because Diedrich Bader was sort of a love interest of mine on [CBS’] Rush Hour last season — and now he’s my son-in-law. So go figure!”

Will you also be spending Turkey Day with ABC’s Housewife? 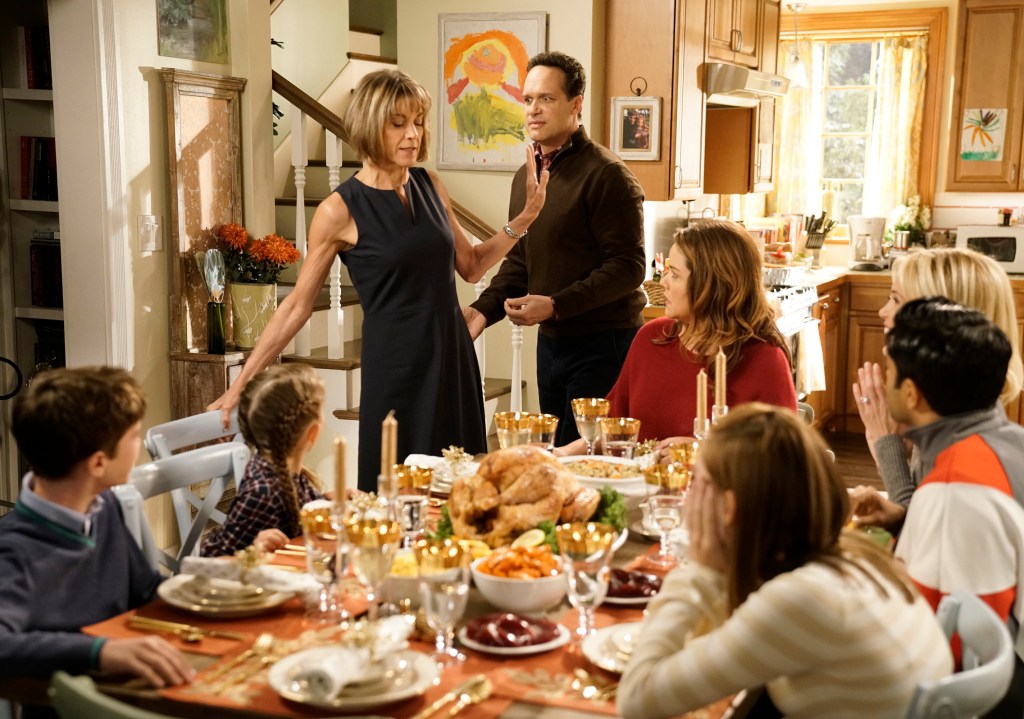