During this Wednesday’s Frequency (The CW, 9/8c), Detective Raimy Sullivan finds herself torn between an ex-fiancé who doesn’t remember her and a potential new boyfriend she initially couldn’t remember. (And you thought your love life was complicated!)

“They’re very different, those relationships, and I think that she’s a different woman with either one of [those men],” star Peyton List shared during TVLine’s visit to the show’s set in Vancouver. “That’s an interesting dilemma for her. 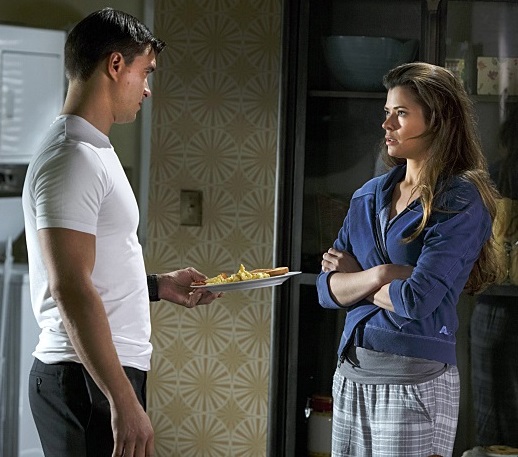 Because when she was with Daniel in our original timeline, she was absolutely, 100-percent certain” that the two of them belonged together.

But now that detective Kyle (guest star Rob Mayes) is in the picture, “all of a sudden, she’s questioning things she never questioned before,” List reveals.

Still, Raimy can’t deny that she and Daniel have a connection, one which draws the exes back to each other this week. And yet the two are starting from scratch in this tweaked timeline, adding another wrinkle to an already complicated scenario.

“What’s been interesting to me, [in] those episodes with the Daniel character, is remembering to forget the life that they had together,” List says. “Because that life will never come back. It’s gone forever. She can remember all of those wonderful memories she shared with him, but there’s no way.” 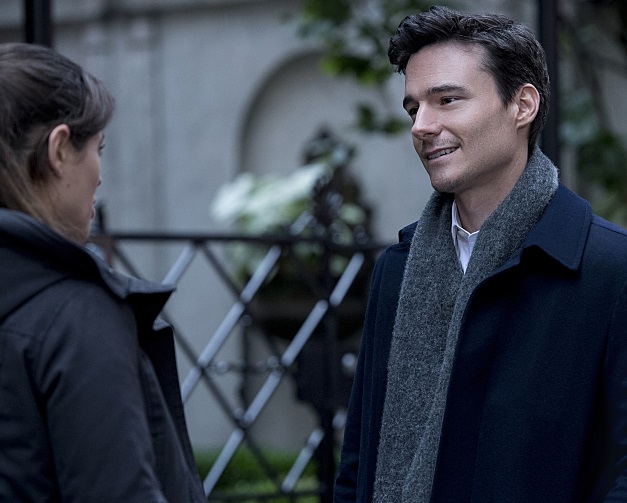 As a result of their new beginning, “We’re going to start exploring a Raimy and Daniel that you haven’t seen,” co-star Daniel Bonjour adds. “You’re seeing a new, fresh relationship form. And there’s something beautiful about that, because if you do believe that there are two people that are meant for each other, there will be that feeling — but nothing based on some past that I don’t remember.”

Frequency fans, are you rooting for Raimy and Daniel to find their way back to each other?