Chicago Med docs Will Halstead and Natalie Manning have moved on to new relationships — he with pathologist Nina, she with med student Jeff — but you wouldn’t know it from the unresolved romantic tension between them.

Ahead of this Thursday’s fall finale (NBC, 9/8c), TVLine checked in with executive producer Andrew Schneider and the show’s cast about “Manstead’s” lingering feelings and that complicated love rectangle (“Because Jeff and I are kind of tall,” star Nick Gehlfuss explains). We also got scoop on Connor and Robin’s growing spark, and April and Tate’s ominous future. 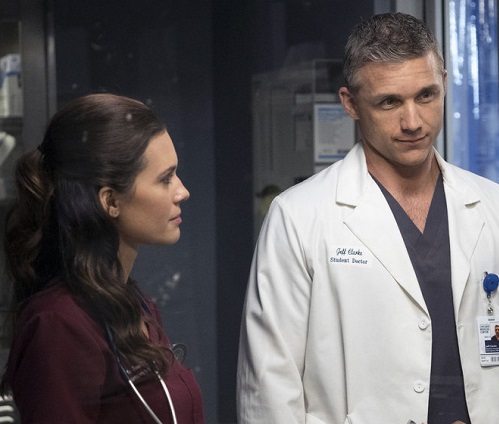 NATALIE AND JEFF | “Natalie’s relationship with Jeff is very complex,” Schneider describes. “He was her late husband’s best friend. That’s sort of always there. Her late husband is always the elephant in the room in their relationship.” And although Natalie “really is into Jeff,” she struggles with the “connection that she and Will have,” Torrey DeVitto says. “She doesn’t really know what it is.”

WILL AND NATALIE | As wonderfully as things are going between Will and the bubbly Nina, his affection for Natalie just won’t go away. “Once you put feelings like that about somebody out there in the open, you can’t turn them off,” Gehlfuss notes. “And the fact that we work so close together, you’re going to be seeing some of that come into play in the near future with ‘Manstead.'” 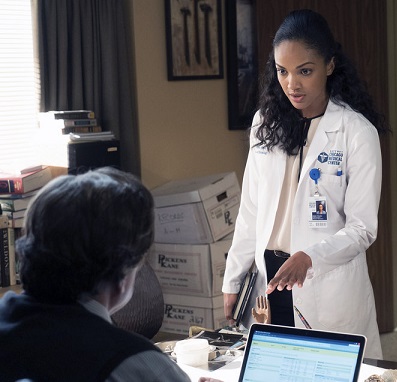 CONNOR AND ROBIN | The hospital’s newest workplace flirtation will cause “a kind of odd triangle with Charles,” who doesn’t approve of his daughter’s love interest, Schneider previews. Adds Colin Donnell: “Connor has his own family issues that he has to work with that Dr. Charles recognizes. So [Dr. Charles] gets a little parentally protective.”

As for the relationship between Connor and Robin, “they’re rolling it out slowly, which I think is smart and fun,” Donnell says, while Schneider describes their dynamic as “very different” from the one between the surgeon and Dr. Sam Zanetti last season. “That woman was actually kind of his boss and competing with him. [Connor and Robin] don’t have those issues,” the EP explains. 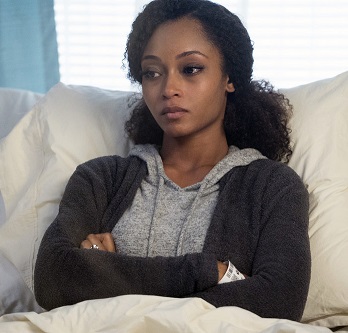 APRIL AND TATE | Forget finding the perfect wedding dress; newly engaged April has bigger problems to tackle now that her TB is flaring up. “If it were that simple of, ‘I love my boyfriend!’ then it would be easier. But she’s got this disease that she’s fighting, and it’s serious,” Yaya DaCosta shares. So will the nurse want to break things off with her fiancé in order to protect him and his son? “She’s being careful, and she’s trying to be smart about things,” the actress hedges.

Chicago Med fans, who are you ‘shipping?