THE PERFORMANCE | As a chilling anthology of futuristic high-tech nightmares, each episode of Netflix’s Black Mirror is like a meticulously crafted short story, giving its actors a chance to bring a brand-new character to life. And Howard, of Jurassic World fame, did that in marvelous fashion in Season 3’s “Nosedive.”

Howard played Lacie, a bubbly young woman who’s obsessed with her social-media status. In the world of “Nosedive,” people rate each other on a five-star scale after every interaction — and a low rating can have dire consequences. Lacie was desperate to be “liked,” constantly plastering on a smile in an effort to get more stars, and Howard masterfully walked the fine line between sympathetic and pathetic. (That fake laugh Lacie practiced in the mirror was positively haunting.)

Then, when things went wrong at a friend’s wedding, Howard unleashed the beast within Lacie with an epic rant that revealed the dark truth hiding behind her cheerful facade. It’s a riotously funny and strangely moving performance, and a stark reminder of what we lose when we prioritize our digital lives over our flesh-and-blood existence.

It’s unclear what Emmy category Black Mirror will fall into next year — Limited Series or Movie, maybe? — but however it shakes out, they’d better save a slot for Howard in the Outstanding Lead Actress category. A five-star performance, without a doubt. 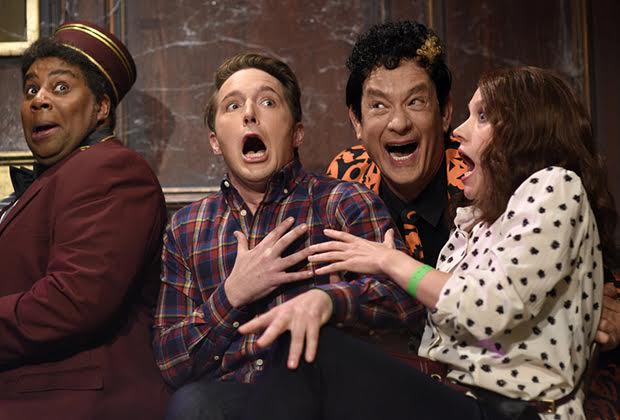 HONORABLE MENTION | Despite Tom Hanks‘ eight previous gigs as Saturday Night Live host, we went into the Oct. 22 episode feeling skeptical, given the hit-or-miss nature of Season 42 thus far. By the time the credits rolled, though, we were left marveling at Hanks’ ability to turn even the oddest sketches into watercooler moments. Sure, his portrayal of David S. Pumpkins — the enigmatic, skeleton-flanked centerpiece of a theme park ride called 100 Floors of Frights — was the most memorable moment of the night. But Hanks brought that same energy and commitment to every sketch, regardless of how funny the material was. He gamely embraced the title of “America’s Dad” for the monologue; he was willing to reprise his titular Sully role, despite the film being almost two months old; and, perhaps most impressively, he managed to infuse Doug, the Trump-supporting Black Jeopardy contestant, with a self-deprecating softness that gave way to SNL‘s best political commentary of the year. There’s no doubt that Hanks’ invitation to the Ten-Timers Club is already in the mail. 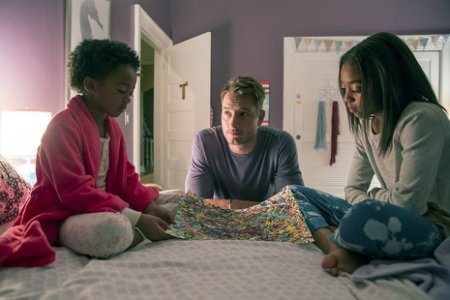 HONORABLE MENTION | In Tuesday’s This Is Us, the NBC series answered a big question — to what, exactly, does the drama’s title refer? — and wrapped it in a touching, episode-ending monologue thoughtfully delivered by Justin Hartley‘s Kevin. “It’s kind of beautiful, right, if you think about it?” he said, showing his nieces a painting he’d made and likening its layered colors to life in general. “The fact that just because someone dies, just because you can’t see them or talk to them anymore, it doesn’t mean they’re not still in the painting… there’s no you or me or them, it’s just us.” In just a handful of episodes, Hartley has excelled at showing us Kevin’s say-too-much, think-too-little side; listening to him patiently, lovingly explain that we’re really all one gave him a chance to play Kev as a quietly reassuring presence who’s not as dim as he’d have people believe. Not bad for the self-described “dopey Laborador” in a Pixar movie, eh? 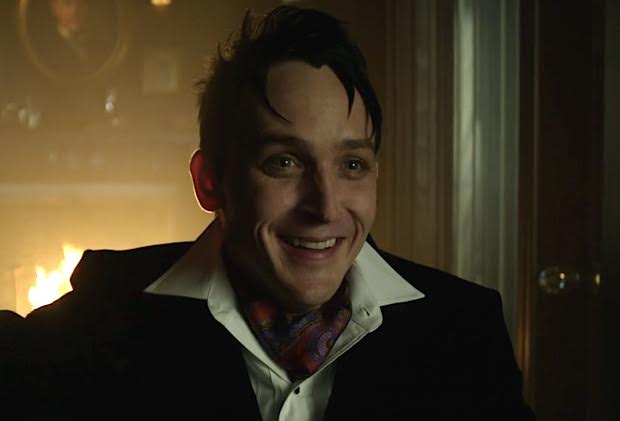 HONORABLE MENTION | Penguin loves the Riddler! As such, this week’s Gotham found Robin Lord Taylor charting new waters, as the crime lord-turned-mayor reached that epiphany. “What good is love if it’s one-sided?” he wondered aloud, resolving to profess his feelings to Ed. Plus, as Mother always told him, “If you find love, run to it.” Throughout the hour, in every moment between Oswald and Ed, Taylor brought a joyful twinkle to his alter ego’s eyes. But he most moved us during what would be a bittersweet monologue, as Oswald rehearsed his declaration — “I choose courage. And what I’m trying to say is, ‘I love you’” — across the dinner table from an empty chair, anxiously awaiting an Edward who was busy igniting his own spark, with Miss Kringle’s lookalike.