If an Apple store had a child with a hospital and then cranked up the translucency, it might look like CBS’ super teched-up medical drama Pure Genius.

With its emphasis on “oh, wow!” gizmos and science, it might surprise you to learn that the new series hails from creator Jason Katims (Parenthood, Friday Night Lights). While it’s hardly the kind of emotional roller coaster we’ve come to expect from the producer, Thursday’s premiere does bring on some feels. In an emotionally charged moment, Silicon Valley wunderkind billionaire James Bell (played by The Borgias‘ Augustus Prew) transports a man suffering with a rare disease to his private, state-of-the-art hospital and reveals that he, too, has the illness. Suddenly, the reason why James cares so much about medical innovation becomes as clear as his translucent gadgets. 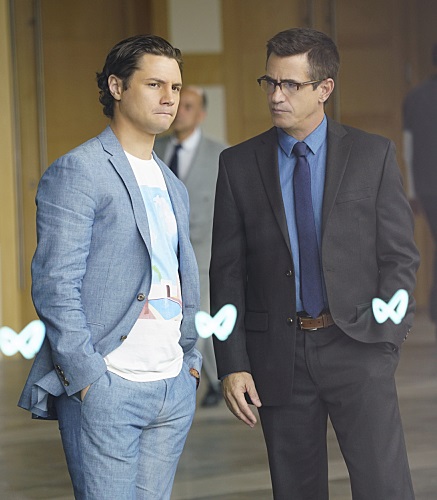 Naturally, what gets lost among the docs with all of the next-gen technology — in lieu of a photo ID, Dr. Wallace gets a full-body scan upon arrival — is communication and social skills. Case in point: James likes Zoe, but she appears to be clueless about her boss’ feelings. Meanwhile, he doesn’t realize that he’s been calling Angie by the wrong name.

When it comes to TV these days, medical dramas are a dime a dozen, but Pure Genius‘ technological marvels are something shiny and new as they ride that thin line between “impossible, but not out of reach” and “just plain crazy.” Time will tell if they become reality — and if that glimmer of emotion from James at the end of the pilot will evolve into a strong, trademark Katims heartbeat to match the show’s slick appearance.

What do you think of Pure Genius? Grade it via the poll below, then hit the comments to back up your pick.