Is Pitch hurler due for a slump? Will things heat up for Once Upon a Time‘s “Snowing”? How soon into the future will Timeless spill its big secret? Read on for answers to those questions plus teases from other shows.

I’m really loving the dynamic between Pitch‘s Mike and Ginny. Any scoop on this relationship? —Stephanie
Well, somewhat related to your inquiry, I am hearing that Mike’s nascent relationship with Amelia will grow quite complicated once it becomes clear that it is affecting things with Ginny — both off and on the field.

Is anything coming up for Once Upon a Time‘s Snow and Charming? —Camilla
And how! With the Evil Queen poised to make a move on the person she hates most, “the shared heart between Snow and Charming comes into play,” series co-creator Adam Horowitz teases, “as they are bonded in this new battle.”

Might we see Belle’s mother again on Once Upon a Time? —Betsy
I presented your Q to the show bosses, and there are “no immediate plans” to revisit that character.

Will Criminal Minds get a visit from Prentiss’ parents and/or Mark during Season 12? —Jannette
Grab a seat next to Betsy, Jan — there are “no plans at this time” to revisit any of those characters. 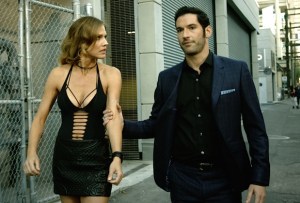 found out that the vessel of a recently deceased person is needed for angels and demons to be on Earth. Will we find out more about the vessel Lucifer is inhabiting? —Adder
Show boss Joe Henderson declared this a “great question,” and then explained: “Actually, Mom is unique — she was a soul without a body escaping Hell. Lucifer, Amenadiel and Uriel came to Earth in their own physical forms. But we will definitely be exploring the unique nature of Mom — jumping into the life and career of Charlotte Richards — a lot more leading up to our midseason finale.”

Any chance of seeing Lucifer with a love interest this season?—Addie
Lesley-Ann Brandt told me that just as “Maze is still obviously still trying to figure out her and Amenadiel’s situation, Lucifer is still figuring out with what his situation is with Chloe.” But Cupid may strike someone new. “Dan will probably start to explore something outside of Chloe,” Brandt reckoned, “now that they’re divorced.” 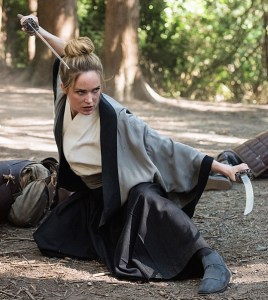 some scoop about Legends of Tomorrow? —Tania
Sara is going to take to her newly appointed role as the team’s captain like she took to bo staffs. “I have to give a lot of props to Caity Lotz,” executive producer Marc Guggenheim says. “As you start to see her become more and more comfortable with being the leader of this ragtag group, it’s so much fun to watch her. The character’s embodying the role of a leader. Caity’s performance really embraces it. It turns out to be one of the most successful things that we’ve done in Season 2. I’m super excited about it.”

Any updates on Major Crimes? — Jon
Rob Estes (Silk Stalkings, 90210) is set to guest-star in the midseason premiere as Clark, a shady, diamond-sharp law enforcement officer-turned-fixer for the super-rich and powerful, someone who is “willing to lie and cover for their sins as much as his own.”

Any word on TNT’s Cold Justice? It has been almost a year since any new episodes. Was it cancelled? — Renee
Cold Justice was iced by TNT a while ago, and though there was some talk about it seeking a new home, there has been no reportable progress on that front.

I would turn AIC for scoop on when we’ll be seeing Will Olsen (played by Jay Armstrong Johnson) again on Quantico! —Jaz
November sweeps would seem a pretty perfect time for him to return, yes…? 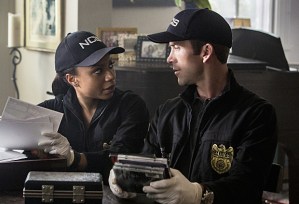 putting LaSalle and Percy together as love interests? I think that would be cool. You always see black male characters with white females as love interests, but not vice versa. —Lois
Although the lingering hug they shared in the season finale did trigger some awkwardness between the two of them, the driving force behind it has never been fully addressed. Yet. But it will come up again.

Is Chicago P.D. planning to introduce Lindsay’s dad this season? Any scoop about him/how she will deal with it? — Dayna
“All that I know so far is that [Bunny] tells me he’s in Chicago and wants to meet me,” star Sophia Bush answers. “A couple of facts that Erin thought she knew about her dad turn out not to be true. I don’t know when they’re going to meet, I don’t know who’s playing him.” But the actress does have some dream casting in mind for the role: Jeff Bridges. “I love him,” she gushes. “He’s my very favorite.”

Anything about Chicago Fire‘s Casey that isn’t romance-related? —Kim
As a matter of fact, Jesse Spencer says that in this Tuesday’s episode, “Casey gets trapped in a [forklift accident] — it’s sort of an off-duty thing where just happens to be at the warehouse — and he has try and save people using nothing. It’s sort of like a MacGyver episode!”

Hawaii Five-0‘s Dr. Madison Gray aka the Chess Piece Killer (played by Elisabeth Rohm) fled the game after trying to kill Alicia and Steve. Will she be back for a rematch? — Belle
Does a bishop move diagonally, Belle? As showrunner Peter M. Lenkov said at the start of the season, “We’re hoping the character will come back closer to the end of the season” — if not sooner.

You said it yourselves, Timeless needs to start spilling on Flynn’s agenda and the larger mystery. Tell me we won’t have to wait for the season finale…. —TJ
The 411 on the mysterious Rittenhouse “is going to get revealed sooner than anyone thinks,” says EP Eric Kripke. “I am not a fan of the endless tease in storytelling. I like asking questions and then, sooner than anyone thinks, answering the questions and then asking bigger, scarier questions. That’s what we do. As early as the Watergate episode [airing Nov. 14], we really start to reveal quite a lot more about Rittenhouse. And we do it again in Episode 10. In this first run of shows before Christmas, we’re going to get a pretty good understanding of who they are and what they’re doing — and why Garcia Flynn is doing what he’s doing. But that only opens the door [to] a scarier world and higher stakes.”

Any hints about what’s next for Jane the Virgin? —Nicole
Rogelio is going to need to change his relationship status on Facebook. “After he had that big dance with Xo at the wedding and realized they still have these really strong feelings, he doesn’t feel like it’s fair to bring Dina along if that’s not how he’s feeling about her,” executive producer Jennie Urman tells TVLine. “So they have a break up, which maybe didn’t happen in the way that Dina thought was respectful, and we’re going to see some of the ramifications of that.”