Lesley-Ann Brandt is having one helluva time on Fox’s Lucifer.

As the titular Devil’s righthand demon, Brandt’s Maze is among TV’s most fierce females. Yet as Season 2 continues to unfold, we’re seeing the character struggle to reconcile her lonnnnnngtime livelihood of torturing wayward souls with her new fate “stuck” on Earth, as a human.

That highly entertaining dichotomy was well-illustrated in the most recent episode, where stone-cold Maze joined in a jaunty Girls Night Out with Chloe, Dr. Linda and Ella. Here, Brandt takes stock of the new bonds Maze is forming, as well as previews a big brawl brought on by the arrival of Lucifer’s other brother, Uriel.

TVLINE | I was commenting just the other day on how rare — and sadly so — it was for a non-Shonda Rhimes show to have not two, not three, but four women together in a scene, just hanging out, talking.
I know. I know. What I loved about that scene is that it was four very different women talking about real stuff — divorce, how to fit in, sisterhood — and finding their commonalities. Ours is a very light-hearted show based on a somewhat adult comic book series, so for it to be able to explore themes like that is really cool.

TVLINE | Plus for you as an actress, you get to see, “What is Maze like with Dr. Linda? What is she like with this bright-eyed Ella girl?”
Yeah, and how she is very much trying to figure out how she fits in, now that she’s stuck here [on Earth]. And in turn, she’s also learning a lot about humanity. For [a demon], it’s nice to see the different colors of her.

TVLINE | Which of these new relationships are you enjoying playing, and why?
Coming up, we delve even deeper into the Maze and Dr. Linda (Rachael Harris) friendship, which is one of my favorite scenes to have shot to date; you’ll see a very different side of Maze. What I love about this character is that I get to explore,  and I get to work with every cast member. It’s very cool in that way. And Maze obviously has a new roommate now [in Chloe, played by Lauren German], so there’s that adjustment of two very different women living together.

TVLINE | Will there be babysitting involved?
Oh sure, yeah! In 206, I take Trixie trick-or-treating. [Laughs] But yeah, I’ve enjoyed [the story with] Dr. Linda; I love working with Tricia [Helfer as Charlotte], exploring that history; and I’m really looking forward to the scenes in the last two that we’ve been shooting — we’re finishing 10 and about to start 11 — working with Kevin Alejandro, who plays Dan. We had like two scenes last year, and people really loved it. I love that the writers are finding really smart, honest ways of involving Maze with the entire cast. They’ve figured out a way to still keep her very much the demon that she is. 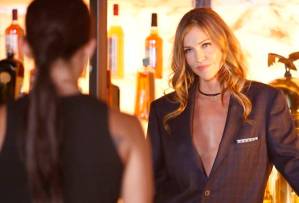 an episode while I was on vacation — is Charlotte off limits to Maze now? Has Lucifer forbidden her from trying to torture her?
The thing about Lucifer and Maze’s relationship is she’s definitely an independent women, but she also knows how far she can push things. What I can say is that as far as Charlotte goes, Maze doesn’t trust her one bit. She absolutely knows she’s up to something, and she’s trying to figure out what. But to do that, she’s sort of standing back and watching, observing, putting two and two together…. She’s stalking her prey, waiting for the opportunity to pounce. [Laughs]

TVLINE | You teased on Twitter a “bigger, more supernatural” fight this week. What else can you say about it?
We have a new brother, Uriel (played by Michael Imperioli), coming down from Heaven. He’s not really happy — and God’s not really happy  — with what’s going on here, so it’s the ultimate good-versus-evil battle, 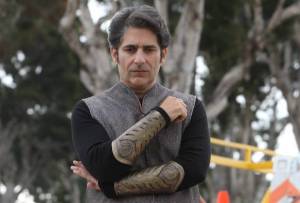 both physically and metaphorically. It explores that whole idea.

TVLINE | So you’re going to be whaling on Christopher from The Sopranos?
[Laughs] You’ll have to tune in and watch. The location, I think, has a real impact on that scene. That battle includes Lucifer and me, and Uriel, and the location adds gravity to it all. I also have the most amazing fight coming up in [Episode] 10; when we finished shooting there, it was so beautiful and gorgeous, I can’t wait to see what it looks like.

TVLINE | Your real-life husband, Chris Payne Gilbert, will be guest-starring in Episode 7 — but there’s no way for you to have scenes with him.
He’ll be in flashbacks, yeah, as Chloe’s father. What I love about that episode and his character in particular is you really get a backstory with Chloe, the audience will see what made her who she is. Her belief system, why she became a cop… it’s all based on that relationship she had with her father. The kind of parent she is, her moral compass… all that is her dad. It’s a very important character, because it’s setting up your female lead and how she kind of walks through life.

TVLINE | Lastly, would you say Maze is a “nasty woman”?
She is such a nasty woman. And you know what? She is a “bad hombre,” too. [Laughs] She is both. I think she demonstrated her nastiness and her bad hombre-ness in last week’s bar brawl!