THE PERFORMANCE | She already took home the Golden Globe back in January, but as Friday’s Season 2 premiere of Crazy Ex-Girlfriend proved, Bloom is just getting warmed up.

Now we’ll admit that Bloom’s character, love-crazed lawyer Rebecca Bunch, is not exactly admirable. This week alone, she lied to her boyfriend Josh, stalked her ex Greg, and talks her BFF Paula into committing morally questionable acts. (As Greg’s dad grumbled, “you mess up people’s lives and then pass it off as quirky”… to which Rebecca responded with an over-the-top pratfall.) But it’s a credit to Bloom’s goofily endearing performance that we know Rebecca’s a deeply flawed person, and yet we still find a way to root for her.

Plus, she can sing! This week’s musical centerpiece, “Love Kernels,” showed off Bloom’s range — both vocally and comedically — as Rebecca insisted in song that she only needs tiny bits of reassurance from Josh to maintain her devotion. She dressed up as a “sexy fashion cactus,” she writhed around in the desert, she served popcorn as a movie usher… basically, she did it all. (And Bloom co-wrote this week’s episode, along with all of the show’s songs, so she definitely gets bonus points there.)

Any worries about a sophomore slump for Crazy Ex-Girlfriend were firmly put to rest this week by Bloom’s hilariously inspired performance. Now we just need to get her an Emmy to go with that Golden Globe. 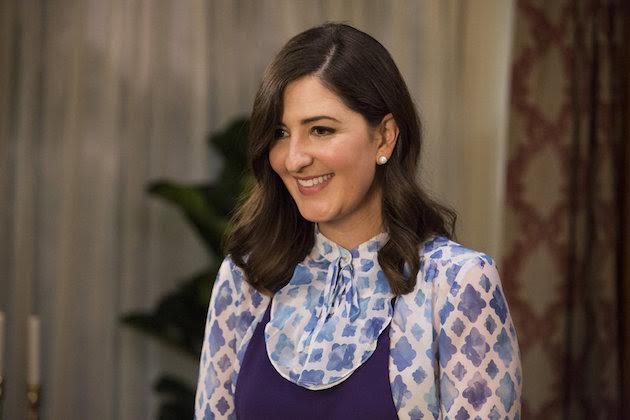 HONORABLE MENTION | The Good Place‘s D’Arcy Carden is usually relegated to the background as perky digital assistant Janet, rattling off useless statistics with a plastered-on smile and then vanishing. But this week, in “The Eternal Shriek,” Carden took center stage as Eleanor conspired to “kill” Janet to keep Michael in town. Janet even showed some emotion as she frantically begged for her life before Eleanor shut her down… although, as she explained, it was just a fail-safe measure and she doesn’t actually feel pain. And Carden’s cheerful declaration of Janet’s demise — “Attention! I have been murdered!” — was the episode’s biggest laugh. (Janet still needs to work on her human crying, though.) 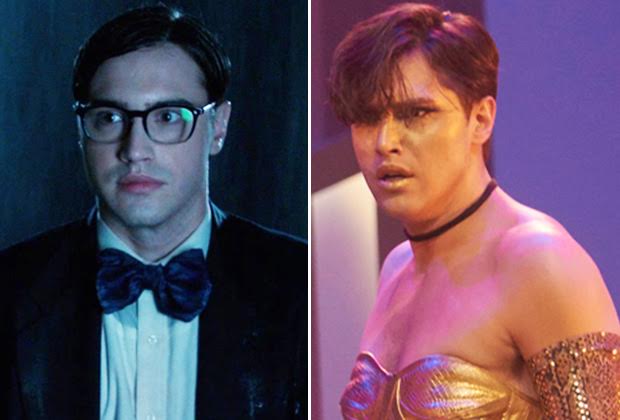 HONORABLE MENTION | Fox’s Rocky Horror Picture Show remake may have received mixed reviews from critics, but there was nothing even remotely uneven about Ryan McCartan’s breakthrough performance as bespectacled baritone Brad Majors. In a musical filled with “transvestite” scientists and genetically engineered sex machines, the oh-so-square character is rarely a memorable persona, but McCartan’s brilliant comedic timing, infectious energy and pitch-perfect vocals made him impossible to forget. Not even a pair of high heels and fishnet stockings could break McCartan’s stride. (In fact, we dare say he rocked both with as much ease as any of his female co-stars.) He may be best known to TV audiences from his work on Disney Channel, but after watching him hold his own against the likes of Laverne Cox and Reeve Carney, we see big, adult things in McCartan’s future.