If Dean and Sam’s newly resurrected mother Mary needs a moment to adjust to her surroundings when Supernatural returns for Season 12 this Thursday (The CW, 9/8c), you’ll have to forgive her. After being dead for 33 years, she is entering a world in which her sons are hunters who use strange phones and work with angels. Plus, her boys and late husband John are Men of Letters legacies, a discovery Mary will soon make.

TVLINE | How do Dean and Sam each feel about Mary’s return?
They’re happy and conflicted. It’s like a miracle. But the Mary who’s coming back is someone who had walked away from hunting but now walks in a world where her sons are hunters. That’s the last thing she ever wanted. She’s been in Heaven for [33] years. That’s obviously changed her. So Sam and Dean are happy to have her back, but they’re worried [about] how she’ll adjust [to] not only the modern world and technology and that kind of stuff but [also] to them and their lives, and [wondering] if she will be what they have become. 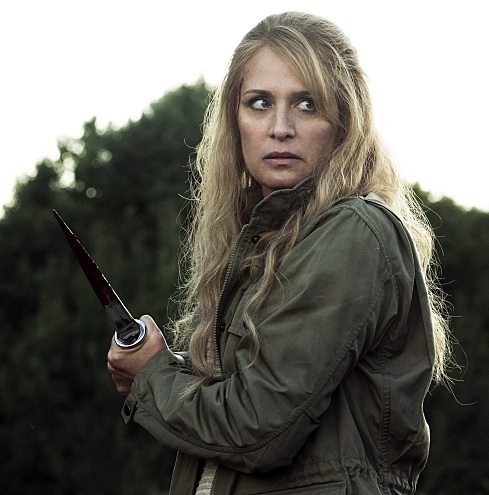 TVLINE | Back when Mary was a hunter, there were no Men of Letters or angels, as far as she knew. How will she react to those two things?
Especially when it comes to angels, it’s shock. Mary was very much like our standard hunters. Sam and Dean ended up playing in a little bit of an elevated playing field [with] demons and angels and God. Your normal hunter’s not really dealing with that. They’re dealing with vampires and werewolves and more terrestrial threats, you could say. So that’s really where Mary comes from. She’s never met an angel before until she meets Castiel. That’s an adjustment for her.

In terms of the Men of Letters, she heard vague stories. They had been gone [for several decades]. Even when the Men of Letters were around, they weren’t really that engaged with the American hunter community. They kept a little separate. So to find out they’re real, to find out John has a history with them, to walk into the bunker and see this cache of things she never knew existed, it is a shock to her. It’s about fifth on the list, because there are so many shocking things. But it’s definitely something she has to grapple with. 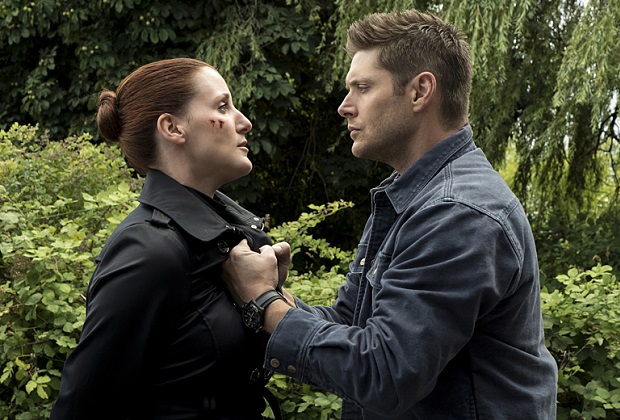 TVLINE | Is the Men of Letters’ British chapter the biggest threat to Dean and Sam in Season 12?
They’re a threat. Lady Toni Bevell has got it in for our boys. But Lucifer is still out there, and whenever Lucifer’s on the playing field, it’s hard to think anybody is going to top him. Going into this season, it’s a dual-pronged approach. [Dean and Sam are] pulled in two different directions.

TVLINE | Coming off a season where you have a Big Bad as grand as The Darkness and God as a character, is the idea to introduce not necessarily smaller but more down-to-Earth villains and threats for the Winchesters?
I think so. For us, it’s a chance to explore… the world of hunting and the world of the Men of Letters, [which is] something we’ve gotten a lot of mileage out of. It’s really fun for us, and it’s a way to deepen that. There are other people in the British Men of Letters who want to take a different approach [with the Winchesters]. So I don’t want to say from the jump that the British Men of Letters are all bad, because, as we’ll learn, sometimes Sam and Dean will be working with them, sometimes they’ll be working against them.

TVLINE | What does Lucifer get up to with his rock-star vessel?
At first, he’s bouncing from vessel to vessel. He’s wounded in the final fight with Amara. When he finally finds someplace to stop, he looks around, and he’s like, “God’s gone. I have a free playing field here. I could go take over Heaven or Hell, but is that what I really want?” What he discovers is that, in some ways, God had the right idea — worship is fun. Unfortunately, there’s a lot of baggage with the name Lucifer. So for him, popping into someone like the rock star Vince Vincente allows him experience that almost God-like worship in another body.

TVLINE | What is Cas’ attitude in the new season? At Comic-Con, Misha Collins compared him to the Cas of Season 4, who was a pretty different guy.
Early on, Cas is very driven to find Sam. We’ll see him take some action we haven’t seen in a while. This season, we wanted to tell some stories that were a little bit more personal with Castiel, both in terms of his relationship with Sam and Dean and digging into his past a little bit. He and Mary have a connection. It’s not a romantic connection, but they have a lot in common. They’re both kind of strangers in a strange land, in a way, especially early on.

For Cas, we wanted to focus him down a little bit more. He’s driven to find Lucifer. He feels responsible for Lucifer getting out of the cage, although pretty much everyone else on our show feels responsible for that, too. Obviously, as threats to Sam and Dean come up, he will be there to stand by our boys’ side.