This Wednesday, the ex-Castle actor begins a three-episode arc on Modern Family playing a hilariously-named weatherman — and we have an exclusive first look (above and below) at his debut.

Here’s the setup: When Phil (Ty Burrell) gets invited to appear in a real-estate news segment for the local news, he has an unexpected run-in with his weatherman hero, Rainer Shine. However, storm clouds quickly roll in when he introduces him to Hayley (Sarah Hyland) and, well, let’s just say the temperature in the studio quickly starts to rise. 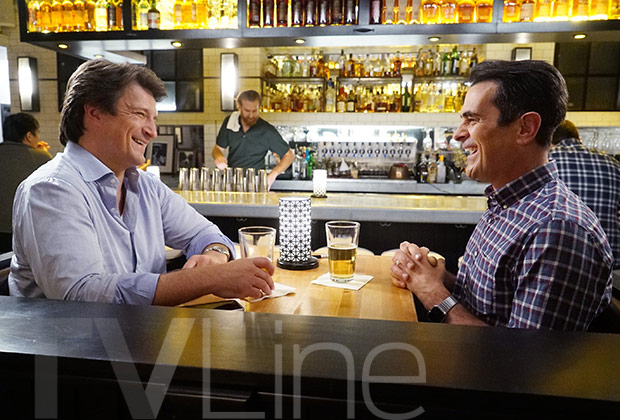