Even if your interest in politics usually begins and ends with Veep, you may still want to tune in to tonight’s second presidential debate, if only to try out the randomized set of bingo cards that TVLine has worked up for you to share — and compete — with fellow viewers/voters (and yes, there have been a few ‘Tapegate’-related tweaks).

This second face-off between Democratic nominee Hillary Clinton and her Republican opponent Donald Trump — airing at 9/8c on nearly every network (except for NBC, which will be broadcasting the Giants/Packers game) — will be town-hall style, meaning that half of the questions will be asked by moderators Anderson Cooper and Martha Raddatz, and the other half by citizen participants who have not yet decided which candidate will have their support on Election Day.

Cooper and Raddatz will consider including among their queries the 30 most popular questions submitted — and, for the first time ever, voted on — online. And even if your question doesn’t get asked, you can play along at home with our handy-dandy bingo cards. No cash prizes, of course, but it’ll help pass the time until Nov. 8. (Wait, there are still 29 days to go? God help us all.) 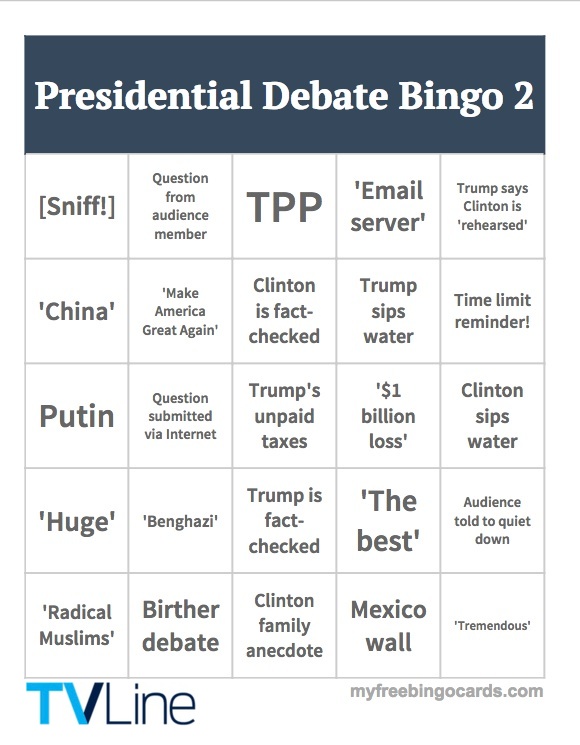 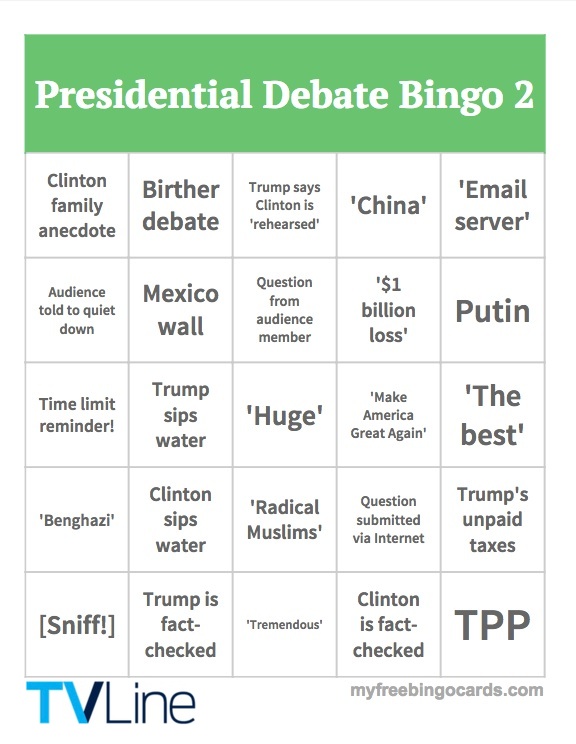 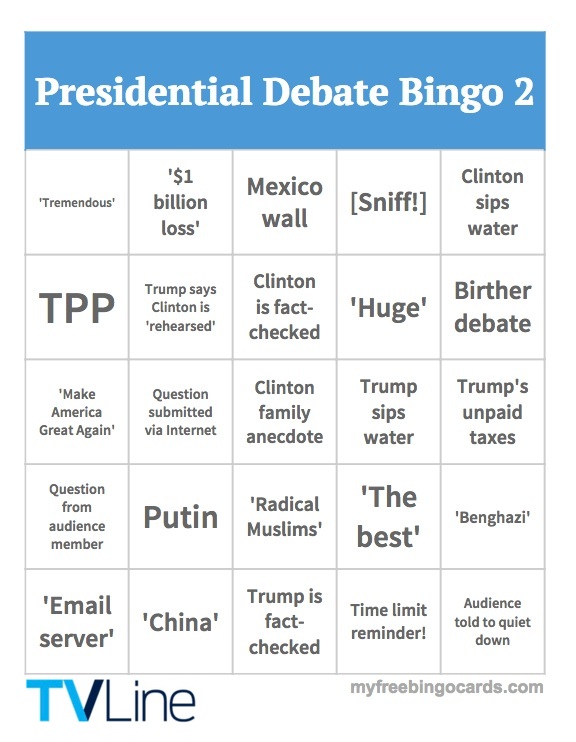 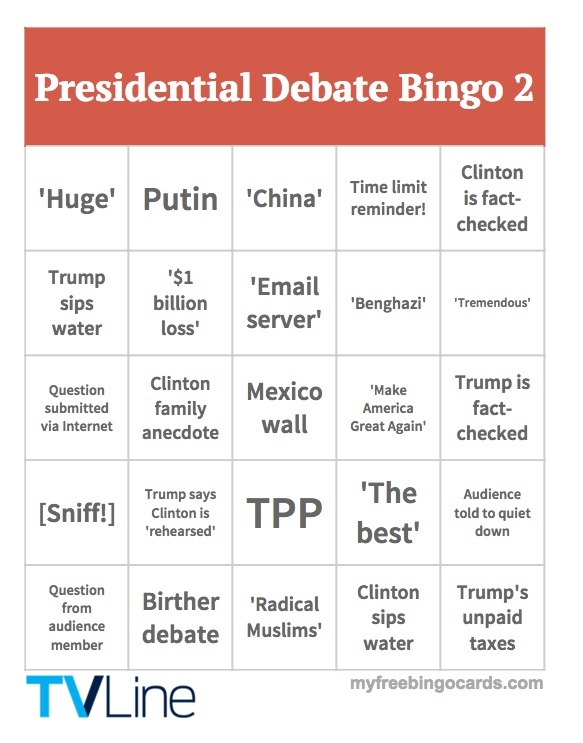