Timeless is raising the dead — and famous.

The new NBC drama will time-travel to the day of Abraham Lincoln’s assassination during Monday’s episode (airing at 10/9c), before setting its sights on Sinatra, JFK and more — but not Marilyn Monroe — in future installments. 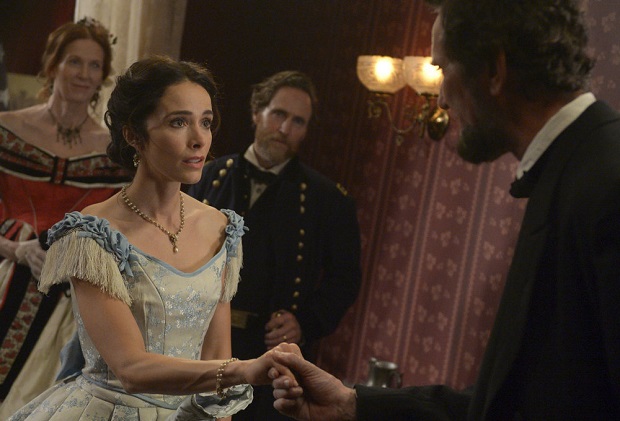 In depicting well-known people from history, the show doesn’t want to distract viewers with a lookalike actor, executive producer Eric Kripke says, but “when it’s a figure that the modern audience doesn’t have immediate familiarity with, we can get away with” showing them on screen. Honest Abe was an exception “because the gentleman who played him is, literally, a Lincoln impersonator. We flew him out from Illinois.”

The same, however, cannot be said for the icons featured in an upcoming Rat Pack-era time trip.

“We have a scene that takes place in the Copa [nightclub], where Frank Sinatra is singing and John F. Kennedy is in the audience,” Kripke previews. “We found [actors] that were really close. They were great, but when we were watching the footage, we were like, ‘The audience is way too familiar with what these guys actually look like.’ We ended up using a lot of the angles that are over their shoulders and behind their heads.” 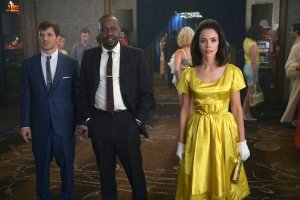 Although the crooner of such tunes as “My Way” and “Fly Me to the Moon” won’t show his face, his voice will be heard.

“We actually got live Sinatra performance stuff to play in the [scenes],” EP Shawn Ryan shares. “The songs sound amazingly realistic. But it’s more impressionistic, from behind and in soft focus, than it is trying to sell somebody who 85 percent looks like Sinatra.”

For similar reasons, a famous blonde got a quick veto in the writers’ room. “Someone pitched me Marilyn Monroe, and I said, ‘No way,'” Kripke recalls.

And as more roles come up, you better believe Kripke is looking to reunite with his former Supernatural stars. Hints Kripke: “There’s not a day that goes by that I don’t think about trying to find a part for Jim Beaver.”

Does Timeless‘ Abe Lincoln look presidential enough for you? And what other historical figures do you want to see in future episodes?