Time travel is all the rage on TV right now, from escapist fun (Timeless) to sweeping romance (Outlander). The CW’s Frequency — a reboot of the 2000 Dennis Quaid film — opts for the heartstring-tugging route, with a daughter reconnecting with her deceased dad via a magical radio.

Wednesday’s series premiere introduced us to Raimy Sullivan (Mad Men‘s Peyton List), an NYPD detective in present-day Queens, with a nice boyfriend who’s about to pop the question. But Raimy’s still haunted by the memory of her cop dad Frank (Nashville‘s Riley Smith), who died while working undercover twenty years ago, in 1996. Frank was shot dead when Raimy was just a girl, and she was always told he was a dirty cop: “All my life, I’ve hated him.”

But her boyfriend discovers a dusty old ham radio in the garage, and during a rainstorm that night, lightning strikes the garage — and the old radio lights up. A voice comes over the radio, saying he’s from Queens, too, and talks baseball with Raimy: “Maddux was great tonight.” Raimy realizes he’s talking about Greg Maddux, who pitched for the Atlanta Braves in the 1996 World Series. Then he says his name: “Frank, from Queens.” Yep, the voice is Raimy’s dad Frank, alive and well and broadcasting from twenty years ago. 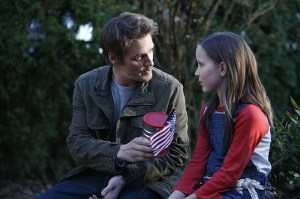 In case we didn’t get the mid-’90s memo, we see Frank shut off a TV news report about President Bill Clinton and hit the road with Oasis’ “Wonderwall” playing in the background. He’s deep undercover and has been for years, but he drives to the house where his wife and young Raimy live and buries a gift for his daughter in the yard: a pink toy pony in a coffee can. He even sits in his car and watches as Raimy digs it up — which is probably a bad idea if he’s undercover, right?

Back in the present day, Raimy is angry at the voice on the radio claiming to be Frank; she thinks he’s just messing with her. But she starts to believe when a burn mark appears on top of the radio… and it’s from Frank’s cigar that was burning twenty years ago. She still doubts herself, though. The pilot’s funniest moment comes when she hesitantly Googles “communicating with the dead” on her work computer… and just gets a bunch of ads for phony psychics.

Raimy is still a detective, by the way, and her current case is a decomposed murder victim whose body was just discovered after rotting for decades. The body had rosary beads on it, which points to The Nightingale Killer, an infamous serial killer from the ’90s. (And yes, you’re gonna want to tuck that bit of information away for later.) But her mind’s still stuck on Frank, who convinces her he’s real by taking a photo of himself holding up a 1996 newspaper and burying it in the yard for present-day Raimy to dig up. 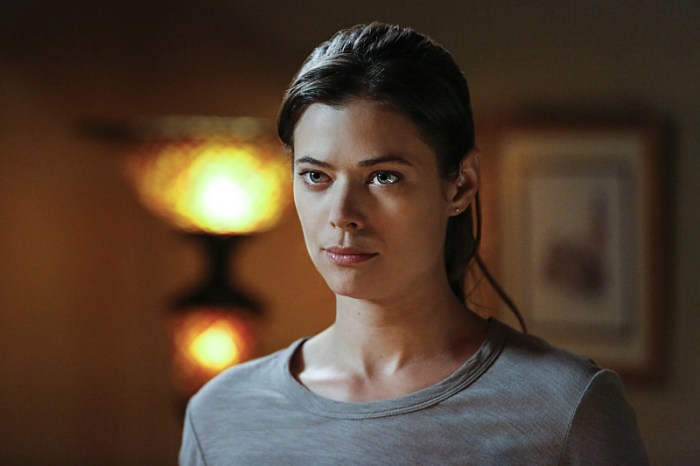 So now that father and daughter are both on the same page, Raimy breaks the bad news to him: “You’re dead. You die tomorrow.” She tries to warn Frank about when and how he’ll die, but he doesn’t seem to believe it. That is, until he gets to the shipyard where he originally died, and sees that everything Raimy said is true. He even plants a hidden gun to protect himself, but ends up getting shot anyway. He survives this time, though, and present-day Raimy is suddenly flooded with memories of her dad alive and congratulating her for joining him on the police force.

But is this new timeline really better? Because Raimy soon discovers that her boyfriend now has no idea who she is, and her mother (alive in the original timeline) is now missing. Remember the Nightingale Killer? Frank’s survival altered the timeline so that Raimy’s mom became a target of the serial killer — and that decomposed body that’s been dug up in 2016 is now hers.

Raimy rushes to the radio to tell Frank, but ends up talking to… her 8-year-old self. She tells young Raimy, “I’m a friend of your dad’s,” and instructs her to bring the ham radio to Frank in the hospital. Looks like these two are going to be spending a lot of time catching up and solving crimes together… and talking baseball, too. (But really: Shouldn’t Frank just head to Vegas and put some money on the Yankees in that ’96 World Series?)

What did you think of the Frequency premiere? Grade it in our poll below, then hit the comments to share your thoughts.