It’s the end of the world as we know it (maybe) on The CW’s new dramedy No Tomorrow, and the guy behind the doomsday theory is fiiiine. But did you fall for his charms like the show’s heroine did? 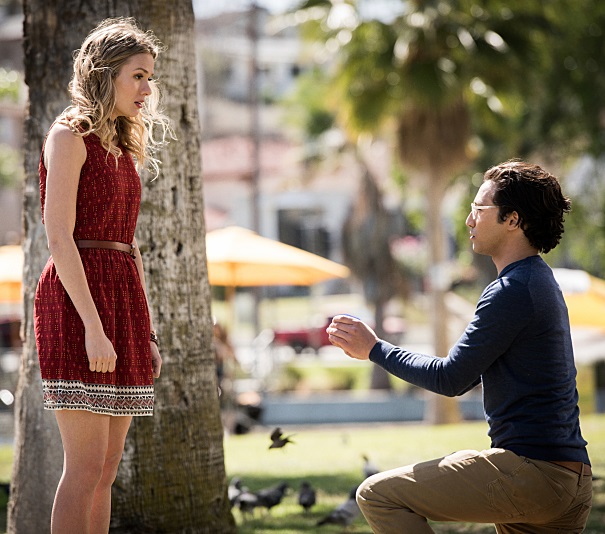 Before you chime in with your thoughts, a recap of Tuesday night’s premiere: Evie (The L.A. Complex‘s Tori Anderson) is a play-it-safe kind of gal who works at an Amazon-like company warehouse. She’s got a supportive family – maybe too supportive — that’s pushing her to accept a proposal from her sorta boyfriend Timothy (Defiance‘s Jesse Rath), even though he barely speaks above a whisper in group settings (a fact cleverly emphasized with subtitles).

Evie can’t bring herself to say yes, especially not after meeting Xavier (Galavant‘s Joshua Sasse), the neighborhood looker she’s been admiring from afar. Fate finally brings them together when his beer is mistakenly delivered to her place, but there’s just one problem: He believes an asteroid is going to decimate Earth in eight months and 12 days, and he’s done the math to prove it. Is he right? Who knows? Is he crazy? Maybe. Is he crazy hot? Yes, duh, and the show knows it. (Refer to the stripping a couple paragraphs down.)

Even though her alarm bells go off, Evie is also intrigued by Xavier’s vision of living life to the fullest, without the constraints of the things you have to do. He shows her his “apocalyst,” a book of things he wants to do before the world ends, and invites her to partake in an activity. They go for a dune-buggy joyride in the desert, which ignites the sheltered Evie so much, she can’t keep her hands off Xavier afterward. 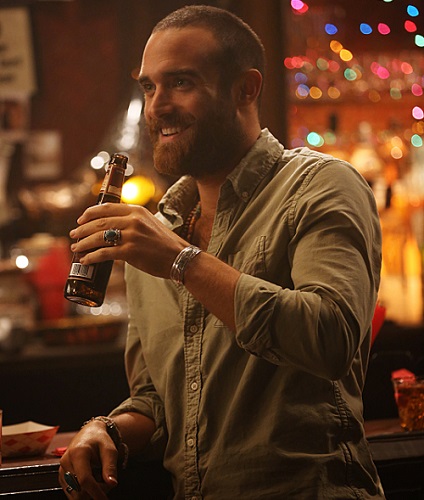 Now it’s time for something on her list: singing in public. Last time she did that during a school musical, she threw up, so Evie freaks out when Xavier blindsides her by submitting her name for karaoke. As she mumbles her way through the beginning of Whitesnake’s “Here I Go Again,” Xavier starts taking off his clothes and threatens to strip down to his birthday suit if she doesn’t start singing. (I couldn’t possibly have been the only one to go, “Nooo!” when Evie finally began belting her heart out, right?)

The incentive works, and Evie kills it onstage, but her happiness quickly turns to anger when she discovers Xavier sent a nasty email to her “demon breath” boss (the always funny Amy Pietz, Caroline in the City), nearly getting her fired. He tries to win her forgiveness by gifting her with a pogo stick – she’s always wanted to try it – which she promptly tosses. When it bounces out of the trash can at her, she gives it a shot, eventually falling and hitting her head. Thankfully, Xavier is secretly watching and calls 911.

Turns out Evie has a serious heart condition, which wouldn’t have been discovered if she didn’t go to the hospital, so the accident actually saved her life. Seizing her second chance, she sweetly turns down Timothy’s proposal, crossing that off her own apocalyst. Then she visits Xavier to let him know she’s in, but she’s going to do this on her own terms and at her own pace. 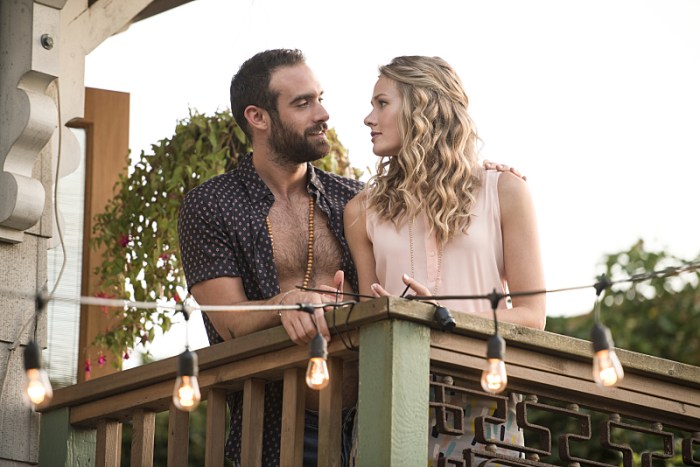 For a rom-com with a complicated, offbeat premise, the pilot of No Tomorrow feels effortless. The ridiculously charming Anderson and Sasse just click, the jokes and visual gags land, and the secondary characters are memorably funny. Heck, even Evie’s nephew scores a laugh with his “No, thank you” response to Timothy’s lame knee-pads birthday gift. If I had one complaint, it would be that Xavier’s cousin breaking out of prison is an unnecessary cliffhanger that feels like it’s from a different show.

What did you think of No Tomorrow? Grade it via the poll below, then hit the comments to back up your pick!