The 18-year-old character, whose importance to the story grows as Diana Gabaldon’s books go on, has a rebellious and romantic mind of her own. She knows what she wants and she goes after it — reputation and propriety be damned. 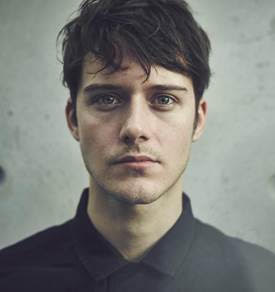 In other Outlander casting news, Starz is officially confirming that César Domboy (The Borgias) has been tapped to play the older version of Fergus, the French pickpocket Jamie and Claire took under their wing last season. Born into a brothel, Fergus has grown up into a charming, devilishly handsome man with a strong sense of loyalty and decorum, despite his unconventional upbringing.

Outlander Season 3 — based on Voyager, the third of Diana Gabaldon’s eight books in the Outlander series — picks up right after Claire travels through the stones to return to her life in 1948. Now pregnant, she struggles with the fallout of her sudden reappearance and its effect on her marriage to her first husband, Frank. Meanwhile, in the 18th century, Jamie suffers from the aftermath of his doomed last stand at the historic battle of Culloden, as well as the loss of Claire.

Outlander Season 3 is slated to premiere on Starz in 2017.