Chicago P.D.‘s Antonio is on the move to spinoff Chicago Justice — but he’s not leaving his old unit behind forever.

Even though the detective will shift to NBC’s legal offshoot as a series regular later this season, actor Jon Seda tells TVLine he’ll be visiting Intelligence plenty in the future. In fact, Antonio will be jumping between the franchise’s many dramas all season long.

“He’ll be crossing over. It’s really going to be seamless,” Seda says of the transition. “I’m shooting all three shows right now at the same time — [Chicago] Fire, P.D. and Justice.”

The juggling act comes courtesy of not only a job promotion for the character, but also new relationship and familial drama. In addition to exploring how Antonio’s budding courtship with paramedic Sylvie “affects his sister Gabby” on Fire (premiering Oct. 11), “there’s also some family issues that we’ll be looking at,” Seda previews.

Read on for Seda’s thoughts on Antonio’s big move to the State’s Attorney’s office, his unpredictable romance and more.

TVLINE | How did you find out that Antonio would be transitioning from Chicago P.D. to Justice?
It was [executive producer] Dick Wolf’s idea. He came to me and presented the situation to me of Antonio moving from P.D. to Justice. At first, it was kind of like, “What do you mean? I don’t understand.” It really is an incredible, incredible thing to do. It’s unprecedented to have a character start on Chicago Fire, then be spun off to Chicago P.D. and now be spun off again to Justice, and it’s all in the same franchise. It’s pretty amazing.

TVLINE | In terms of the timetable, when does Antonio go to being full-time on Justice?
I’ll be doing the first eight episodes on P.D. After that, it will be Justice from then on. 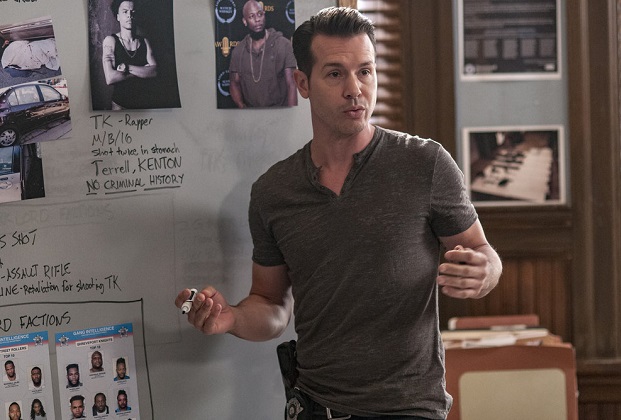 TVLINE | What spurs the job change to investigator for Antonio?
It’s a promotion. He’s still a cop. He loves being a Chicago cop, and that’s something that he’s always wanted to be. So that’s going to factor in. But moving over to the State’s Attorney’s office and being a lead investigator, he has his own unit there. He still gets to bring down the bad guys and help his city, just on a wider range because he’ll now have state-wide jurisdiction, which he didn’t have before. It’s a different place. It’s something that he has to get used to. It’s a smaller cast. You have some great people there: Carl Weathers; Philip Winchester; Monica Barbaro; Joelle Carter, who’ll be playing Antonio’s partner. There are a lot of factors that will come into play as to why he does go over.

TVLINE | With the smaller cast, do you feel like the character has more space to breathe and grow on Justice?
There’s going to be more focus on the case, and how each one deals with that case. Antonio hasn’t had a partner since his partner was tragically killed in the first season. So now for him to have a partner, that’s a whole different dynamic. His being a single parent and dealing with that is going to be brought up, and that’s going to factor in a lot. It’s the right time for Antonio. 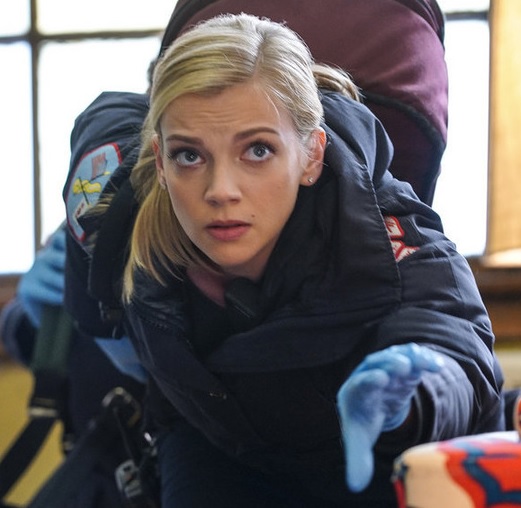 TVLINE | What was your reaction when the producers told you they wanted to pair up Antonio with Sylvie?
[Laughs] I was like, “What?!” It was kind of like from left field. They’re not the two people you would think of right off the bat. But that’s what’s intriguing and interesting about it, because it’s not something predictable, and it’s not being played that way. It’s not like it’s an easy decision for the two of them. They play with that. It’s like in life: You have two people who never would have thought they’d find something in common with each other, and yet they find it and the stars align, and you give it a shot. Who knows? Maybe they’ll end up having 12 babies together. [Laughs] I have no idea. But it’s something that is definitely happening, and it’s going to be interesting to watch, especially having his sister see her brother in ways that she hasn’t seen him in a while.

TVLINE | It has been a while since Antonio last had a love interest. What does having that romance bring out in him?
Oh, watch out… you tap into that reservoir, forget about it! [Laughs] Antonio shut that part off for a while. He didn’t want his marriage to end. He really loves his family, and unfortunately, it just went the way it did. He’s focused on his job, his work and trying to be there as much as he can for his kids, and didn’t really think about having love in his life. It kind of hits him hard, like a left hook.

TVLINE | The Chicago shows are obviously very tightly intertwined, and you’re still working on P.D. But in the future, when you’re on Justice full-time, what are you going to miss about being on P.D.?
We were together for four years. You develop a chemistry, a bond. We developed friendships that are going to last beyond the show. That said, it’s not like Antonio’s leaving. He’s not leaving Chicago. He’s still going to be here and still will be going back. I’m sure there are going to be plenty of crossovers to and fro. We’ll all still be seeing each other. In one regard, it’s sad, but not really, because we’re still going to be together… It’s just adding more people to the family.