THE PERFORMANCES | Cameron and Donna’s conscious uncoupling as both friends and business partners was positively heartbreaking. The volatile showdown between Mutiny’s ringleaders was as riveting a moment as they come in this #PeakTV era, and all of the credit belongs to portrayers Davis and Bishé.

As Donna, Bishé has spent all season exceptionally conveying her character’s concern about being viewed as less innovative than Cameron — a fear that was only confirmed when Cameron insisted that her partner was just “along for the ride.” Conversely, Davis’ Cameron had her own doubts confirmed when Donna dubbed her a petulant child on the verge of running their lucrative tech operation into the ground. Throughout the heated exchange, Donna sat shaking as the anger Bishé managed to exude left her practically stuttering her lines.

As Cameron realized she’d be forced to walk away from Mutiny after a vote to take the company public, it was as if all of the oxygen had left her body. One final gasp from Davis exquisitely reinforced the character’s complete sense of betrayal. It served not only as a cap on their confrontation, but indicated that the foundation of Halt and Catch Fire had been permanently altered. 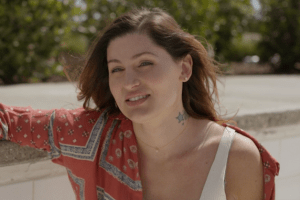 HONORABLE MENTION | As Maura’s friend Shea on Transparent, transgender actress Trace Lysette has lingered in the background for a few seasons now. But she got a chance to shine in Season 3’s sixth episode, “The Open Road,” as Shea joined a grieving Josh (Jay Duplass) on a cross-country road trip. There was a definite spark between Josh and Shea — she even kind of looks like his ex, Raquel (Kathryn Hahn) — but when he said some insensitive things, Shea lashed out at him: “I’m a person! I’m not your f–king adventure! Grow up!” Her wounded rant was a chance for Lysette to express the complicated resentments that come with being transgender… and the frustrations of dealing with another selfish Pfefferman. 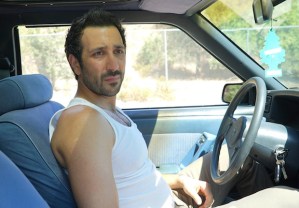 HONORABLE MENTION | Edgar is always the good-time guy on You’re the Worst, ready with a plate of breakfast lasagna. This week, though, in “Twenty-Two,” Desmin Borges got dark as he delved deep into Edgar’s war-veteran PTSD. The episode was an incredible showcase for Borges, as Edgar coped with terrifying hallucinations, danced to fight off insomnia, yelled at an unsympathetic VA doctor, and even stumbled into a starring role in a silent student film. (And he was great in it! A regular Chaplin.) Edgar usually gets shoved aside in favor of Jimmy and Gretchen’s issues of the week, but Borges proved Edgar has plenty of hidden depths, too.