We’ve got questions, and you’ve (maybe) got answers! With another week of TV gone by, we’re lobbing queries left and right about shows including Once Upon a Time, Criminal Minds, Designated Survivor and Empire!

1 | Are we to surmise that MacGyver‘s team didn’t bother to retrieve Nikki’s “dead” body, for a proper funeral back home?

2 | Um, Once Upon a Time‘s Emma is OK with Hook not immediately removing his pointy prosthetic as heavy petting gets underway? Also, if Hyde doesn’t start talking faster, will Season 6 need to add episodes?

3 | Since Fear the Walking Dead‘s Brandon had no trouble killing lifelong pal James, why did he leave behind Travis rather than murder him?

4 | Now that we know that Masters of Sex‘s 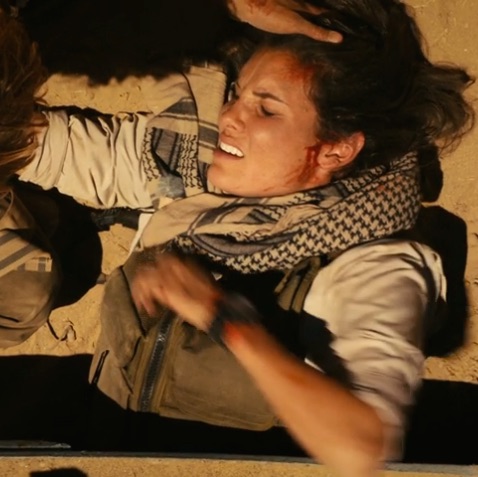 Art and Nancy have an open marriage, how soon before one of them is hooking up with either Bill or Virginia?

5 | Safe to say that NCIS: Los Angeles is the first show to cover up an actress’ baby bump by pinning her under a helicopter for most of an episode?

6 | We know she has another series coming up and all, but wouldn’t it be awesome if Power get Anika Noni Rose as a regular next season? (Because Jukebox is scary.)

7 | Remember when Donald Trump said no one would watch the debate because it was up against Monday Night Football? Eighty-four million is a lot of no ones.

8 | Keeping in mind that Kevin Can Wait is only aspiring to be a familiar four-camera sitcom, wasn’t Episode 2 a vast improvement over the pilot — so much so that perhaps they should’ve just scrapped Episode 1?

9 | Mandy Moore is an exceptional actress, and with no disrespect to the This Is Us makeup department, but would NBC’s rookie drama have been better served casting an age-appropriate actress to play a 60-something Rebecca in the present day? And after the show’s latest twist – grandma Rebecca is married to Jack’s best friend, Miguel – are you more convinced than ever that her first hubby is dead?

10 | Question stricken, the larger Breakfast Club theme was not picked up on. #LaundryFolding

11 | Was Agents of S.H.I.E.L.D. taking a dig at Agent Carter‘s cancellation, with Coulson lamenting that “so many” of Peggy’s stories were “left unrecorded”?

12 | Is that really a thing, Blindspot? Shooting a hail of bullets into a bomb to not explode it?

13 | Not 24 hours after the attack, is the mood on Designated Survivor more “train derailment” than “half of the nation’s Capitol got blown up, killing hundreds”?

14 | Should Criminal Minds have held back on the shiny, new opening credits until the dust had settled later this month on all the cast changes?

15 | Rob Lowe’s Code Black introduction — which included the David Caruso-ing of his sunglasses and jumping out of a helicopter into shark-infested waters — could have easily been a scene from the show-within-a show on the dearly departed Grinder, right?

16 | Now that Empire‘s Anika has given birth, how is it that Andre hasn’t thrown her ass off of a balcony for her role in Rhonda’s death?

18 | On SVU, where was Dodds during Joe Biden’s big press conference with the unit?

19 | Were you surprised that Chicago P.D.‘s Lindsay and Halstead discussed moving in together, but hadn’t said “I love you” to each other yet?

20 | On black-ish, how relieved were you when Bow’s obstetrician finally located the baby’s heartbeat?

22 | His PTSD notwithstanding, wouldn’t You’re the Worst‘s Edgar have a much better life if he had, y’know, friends who actually cared about him?

23 | Did Grey’s Anatomy forget that DeLuca is Arizona’s roommate? Even if she wasn’t going to support him in court — after he testified for her during her custody battle — shouldn’t she at least have phoned in to check on him after Alex beat him senseless? Also TVLine reader Mimi asks: “April is an attending surgeon at one of the best privately owned hospitals in the country, and she can’t afford a baby nurse for six or so weeks?”

24 | Would Pitch‘s Amelia have actually greenlit Ginny’s “clubhouse decorator” shtick on Kimmel? Wouldn’t that have undercut 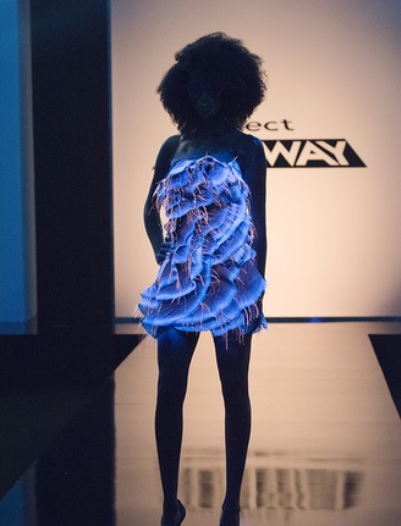 25 | Project Runway‘s blacklight challenge was lots of fun and Erin definitely deserved to win, but how did this ruffled wonder not make the Top 3?