Mark your calendars: Sexy will be back in approximately two weeks.

Press PLAY on the video above to watch a preview of the no-suit-and-tie-necessary event, scroll down to see the official poster, then hit the comments: Do you plan to Timberlake and chill? 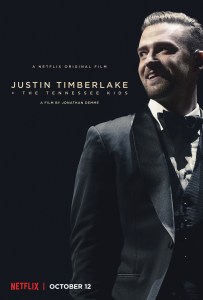