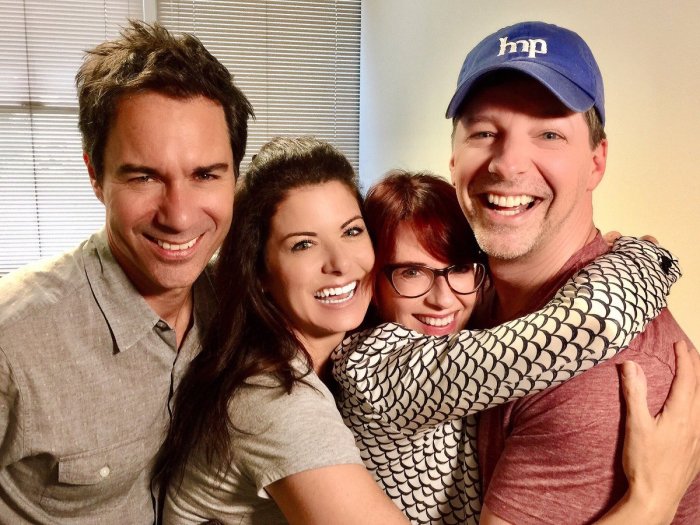 Over the weekend, the quartet — all of whom are vocal HRC supporters — began teasing the sorta-revival on social media, posting a smattering of images (including the one above) of themselves on what appeared to be a recreation of the series’ iconic set. And then on Monday, McCormack unveiled a teaser clip that included the politically-tinged message, “A band of heroes WILL assemble… to protect the world from aliens AND destruction… only an act of GRACE can save them… in their battle for what IS right… only they can bring America BACK from the brink.”

At the end of the video, Mullally’s Karen can be heard declaring, “Make America Bueno Again.”

Sneak a peak at the clip below and then post your theories in the comments!