THE PERFORMANCE | It’s appropriate that ABC’s delightful new comedy Speechless premiered this week, right at the peak of hurricane season. After all, Driver’s performance as family matriarch Maya Dimeo proved to be such a force of nature, the World Meteorological Organization really ought to honor the actress by naming the next big tropical depression after her.

Driver needed only the two-minute cold open — in which Maya maniacally sped the family van to a pancake house to redeem an almost-expired coupon — to establish the brashly funny, refreshingly unsentimental nature of both the show and her character. Spotting a couple of smirking bros staring at her son JJ, whose cerebral palsy confines him to a wheelchair and requires him to use an electronic board to communicate, Driver delivered a dressing-down that burned with maternal ferocity and delicious sarcasm, while never once reducing JJ to a pitiable symbol. “Oi! Oi! Yeah, hello? Now, these — these need a bit of a tuneup,” Driver shouted across the lot, her wildly waving arms acknowledging (and simultaneously reclaiming) the way disabled people are too often mocked. “But he’s all there upstairs and he’s got a thing about staring.” As JJ gestured his entire hand toward the men, Driver’s cheeky translation — “That’s the finger. Work in progress.” — proved a thing of wry beauty.

The brilliance of Driver’s performance, though, is that while she makes Maya a righteous mother figure, she’s not afraid to let the audience laugh at her character’s hair-trigger defensiveness, either. In the pilot’s most uproarious scene, Maya railed wildly against JJ’s new school principal and an unsuspecting maintenance worker for suggesting her son use a garbage ramp to get to his classes. As she played a game of “trash or person” — waving an empty fertilizer bag in the air, and labeling the accidental use of the word “cripple” as “hate speech” — a rapt crowd gathered nearby. As long as the Speechless writers continue to give Driver such excellent material, expect that crowd to grow exponentially — and turn the Wednesday-night comedy into a genuine hit. 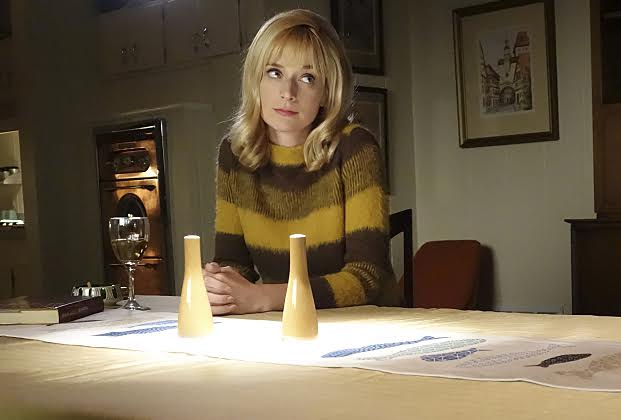 HONORABLE MENTION | “Do you really think all those years that I just sat here, making lunches and vacuuming the carpets while you were working late?” With that quietly issued opening salvo, Masters of Sex‘s Caitlin FitzGerald launched into a monologue Sunday that allowed Libby to proudly list her own infidelities after a contrite Bill copped to his. FitzGerald played the scene with a captivating, perverse joy as Libby finally got to watch her soon-to-be-ex-husband experience the gut-punch of hearing his wife describe her various affairs. Anyone who’s watched FitzGerald take Mrs. Masters from obedient housewife to woman-on-the-verge-of-something-amazing had to have cheered when the actress triumphantly landed Lib’s ultimate shutdown, all righteous indignation and rekindled ire: “If you want to feel sorry for someone, I would suggest feeling sorry for yourself.” 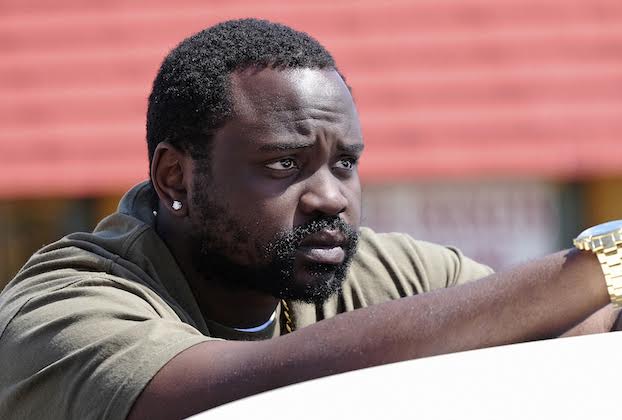 HONORABLE MENTION | Atlanta‘s greatest strength is in how it presents the far-from-glam world of rap from the perspective of Miles, played with a perfectly modulated intensity by Brian Tyree Henry. Case in point: Paper Boi this week schooled a ridiculous blogger on the reality behind that which goes viral via Twitter battles, memes and such. “N—a, there’s no money anywhere near rap,” he declared. “I know it looks like fun and games, but people die. People are forgotten. S—t is real.” When Zan repeatedly tried to frame Paper Boi as opportunistic, Henry made clear his character’s informed solemnity, countering: “I scare people at ATMs, boy. I have to rap. And that’s what rap is — making the best out of a bad situation.” 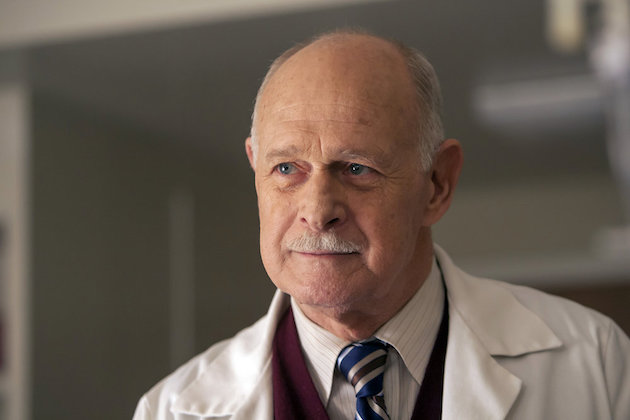 HONORABLE MENTION | Gerald McRaney is arguably best known for playing gruff, tough Marines on Simon & Simon and Major Dad. But he can be a big ol’ softie, too, as we saw in the series premiere of NBC’s This Is Us. As kindly ob-gyn Dr. K, McRaney was warm but firm when reassuring expectant mom Rebecca (Mandy Moore) that he’ll get her through a difficult birth. And with an Emmy-worthy monologue about the inevitability of loss and the importance of making lemonade out of life’s lemons, McRaney helped This Is Us live up to its billing as the new Parenthood — and helped empty a few tissue boxes in the process.