Hey now, and hallelujah: After a few years stuck in streaming purgatory, all 89 episodes of The Larry Sanders Show are now available on HBO Go/HBO Now, as of this Friday. It’s a fitting home, too, since the original run of Sanders aired on HBO from 1992 to 1998 — and changed television as we know it.

If you’re not familiar, Larry Sanders stars Garry Shandling as the chronically insecure host of a struggling late-night talk show. Rip Torn co-stars as his no-BS producer Artie, along with Jeffrey Tambor as Larry’s self-loathing sidekick Hank Kingsley. Looking back now, Sanders was revolutionary, using a single camera and no laugh track and venturing into dark territory to paint a savagely unforgiving portrait of Hollywood… and the very flawed people who work there.

Sanders was never a huge hit and only won a handful of Emmys during its six-season run. (A travesty!) But its influence can be seen everywhere from The Office — Ricky Gervais cites it as a key inspiration — to Curb Your Enthusiasm to 30 Rock. It’s still one of the funniest TV shows ever made, with an all-time great performance from Tambor, and it takes on an added poignancy now with the recent passing of star Garry Shandling.

I highly recommend that you plow through all 89 episodes, with no flipping. But if you want to start with a sample, I picked out eight can’t-miss episodes that put the acid-tongued genius of Larry Sanders on full display. 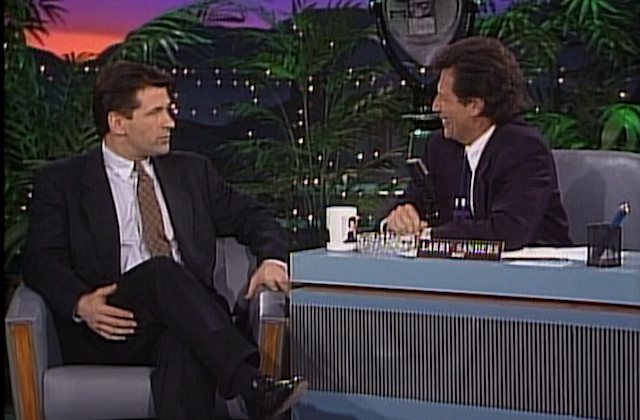 One of the joys of Larry Sanders is seeing celebrities play slightly twisted versions of themselves. (Or, in David Duchovny’s case, very twisted.) Here, Larry seethes with jealousy when he discovers his ex-wife/current girlfriend Francine used to date Alec Baldwin. It leads to an awkward on-air moment between Larry and Alec… and also Ed Begley Jr., actually. Plus, Hank reveals his plans for Hank’s Look-Around Café, an ill-fated rotating-floor restaurant that becomes a running gag on the show. He’s got some big-time investors interested, you know: “Get Chuck Woolery on the phone.” 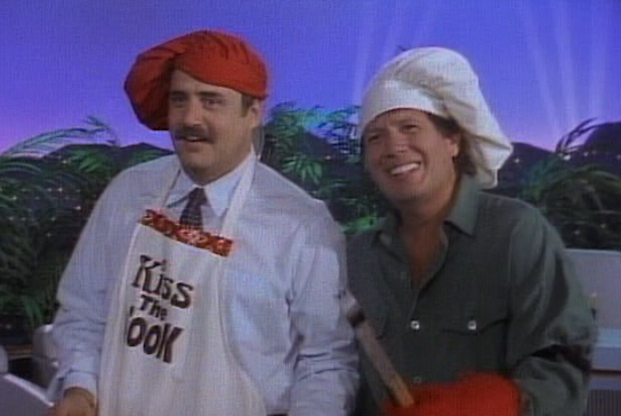 Hank is an embarrassingly prolific pitchman, a la Ed McMahon, and here, he endorses a very ’90s-looking exercise contraption made of springs and pulleys. He pushes journalist Francine to do a story on the Hankerciser, but lives to regret that when Francine injures herself on the device. This one is worth it just for the scene where Larry and Hank bicker while filming an endless series of promos for the show’s dinky local affiliates. 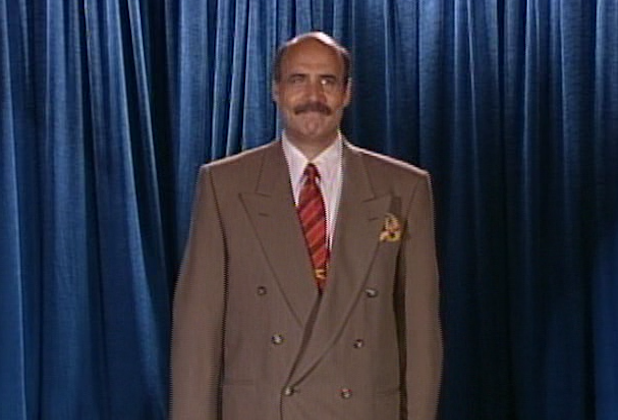 Probably the most hilarious Larry Sanders episode of them all… and it doesn’t even have that much Larry in it. When Larry becomes violently ill from a batch of bad frozen yogurt, Hank has to step in and host the show. The speed at which Hank shifts from nervous and grateful to pompous and entitled is just breathtaking. It’s here that I have to mention that Jeffrey Tambor wasn’t even nominated for an Emmy that season, and never won one for playing Hank Kingsley. Now I’m angry all over again. 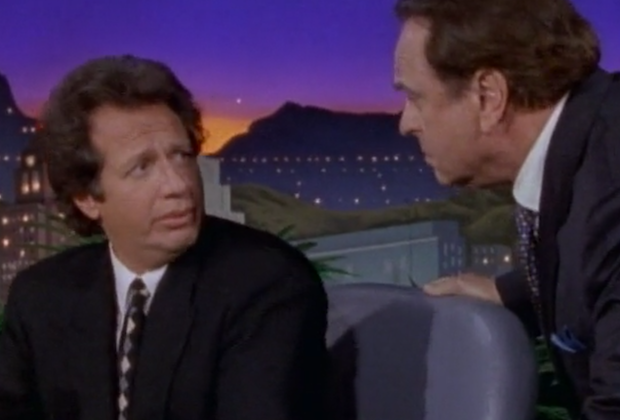 We experience the full agony and ecstasy of just getting a single episode of late-night TV on the air in this Season 4 gem, penned by Shandling and Judd Apatow. An overstuffed guest lineup and Hank’s wishes to eulogize his dead father lead to a backstage frenzy to fit everything in, with Artie frantically juggling behind the scenes. The tragic hero here is comedian Jeff Cesario, who’s been cut from the show before when time ran out and lives in fear of getting the dreaded “bump” again. 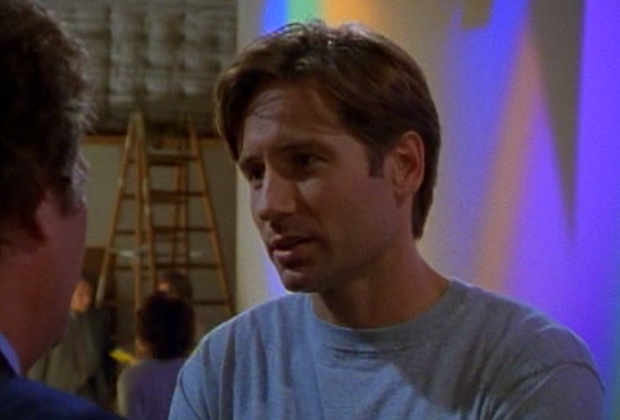 The Season 5 premiere comes out of the gate strong with two of the very best Larry Sanders guest stars: up-and-coming guest host Jon Stewart (so young!), whom Larry tries to sabotage with D-list guests like Zsa Zsa Gabor; and The X-Files star David Duchovny, who develops a strong, nonsexual attraction to Larry. (Duchovny: “It’s like a warmth or a buzz. It’s very confusing.”) Plus, Hank fumes after purchasing a lemon of a luxury car from Elvis Costello: “I should’ve learned my lesson when I bought that moped from Sting.” 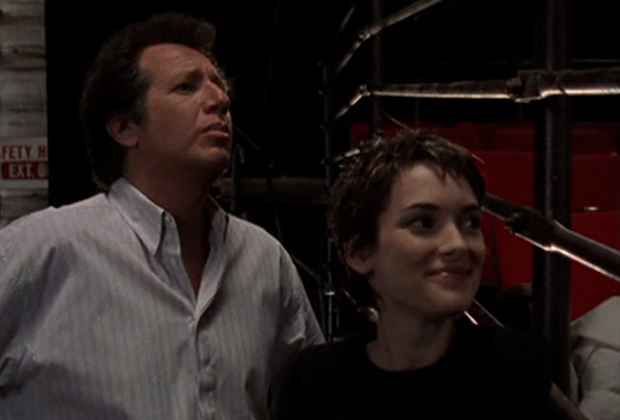 Larry Sanders seriously ramped up the Hollywood satire in its final season, with a pair of network-exec vultures pushing Larry to make his show more hip and youthful. (Jon Stewart is still lurking in the shadows, like a horror-movie killer.) Larry distracts himself by pursuing new romantic options — including guest Winona Ryder. Meanwhile, Hank has to turn on the charm when a lookalike super-fan already owns the “HEY NOW” vanity license plate he wants. 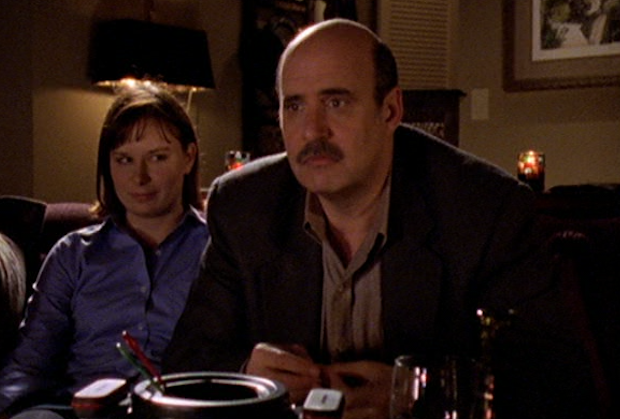 Larry agrees to an intimate sit-down with a tabloid TV show and panics when he cries during the interview. (Artie, supportive as always: “It was a manly misting.”) But the real story is booker Marylou (24‘s Mary Lynn Rajskub) putting a dent in Hank’s prized Bentley and then agreeing to go on a very uncomfortable fondue date with him to avoid telling him. Hank thinks recent guest Vince Vaughn is the one who hit his car… and he plans some typically petty revenge. 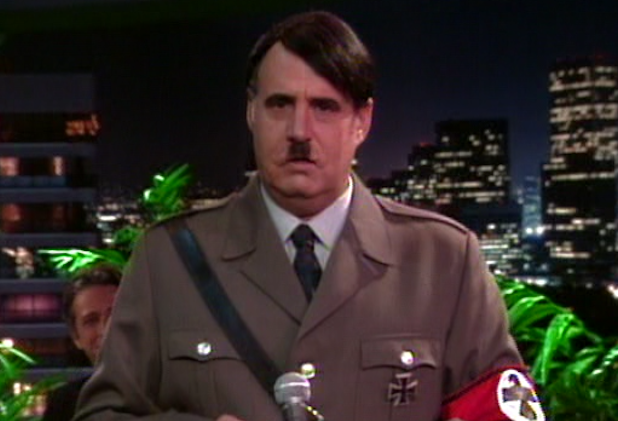 With Larry off entertaining his brother, Jon Stewart takes over the host’s chair and wants to test the boundaries of good taste with an Adolf Hitler sketch. Hank is terrified of being pushed out in favor of a new sidekick, so he kisses Stewart’s ass and gives himself a desperate youth makeover. Hank trying to make small talk with musical guests the Wu-Tang Clan (“Hey, where’s Dirty Old Bitch?”) is pretty much the Mona Lisa of cringe comedy. Just stand back and admire it.

Does Larry Sanders have a spot in your TV comedy hall of fame? Hit the comments and share your favorite episodes.