It’s been a surprisingly busy week for Smash news — not that we’re complaining.

As we previously reported, Season 3 will introduce Bryce Reiger, a young Silicon Valley millionaire looking to invest in Empirical; Rodriguez will play Bryce’s no-nonsense publicist Kim in the Oct. 12 episode (TV Land, 10/9c). Check out an exclusive first look at Bryce and Kim in action below: 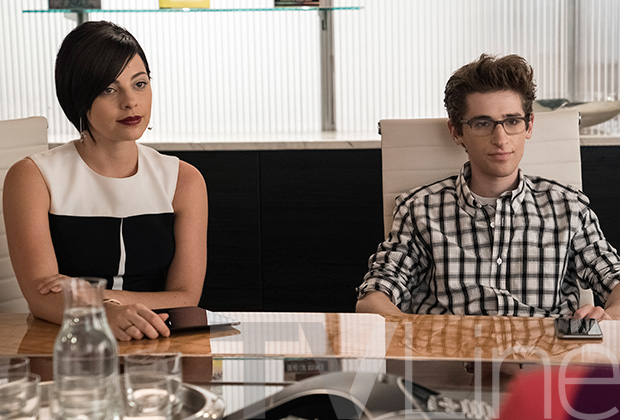 Rodriguez’s additional TV credits include roles on Gossip Girl, Inside Amy Schumer, The Mysteries of Laura and Chasing Life. She’ll next be seen as a series regular on NBC’s midseason comedy Trial & Error.

Younger kicks off its third season Wednesday, Sept. 28. What are you hoping to see? Drop your hopes in a comment below.