TNT’s The Last Ship has docked again for the hiatus, but not before dealing the Nathan James crew a big win… followed by a couple of blows.

Yes, the team was able to surgically strike at the individual regional leaders, though Roberta Price proved to be a slippery one, sneaking away to collaborate with mastermind Allison Shaw on one last attack on the James. Shaw, though, wound up putting a bullet in her ally’s bean, before escaping the White House to play the final ace up her sleeve — kidnapping Chandler’s kids.

As such, though Slattery’s team had Shaw dead to rights, having intercepted her at her getaway jet, Shaw successfully bartered the traumatized kids (who had just witnessed Grandpa getting killed!) for Chandler himself. While Slattery endeavored to appeal to Colonel Witt and the turncoat soldiers’ loyalty, Chandler inside the jet came thisclose to putting Shaw down in cold blood, devastated by his dad’s demise. Tex, though, urged him not to cross that line. In the end, after Tex succumbed to a fatal bullet wound sustained during a crossfire, Chandler killed babbling Shaw.

The final casualty of the intense finale, though, was Chandler’s CNO status. Having stood so strong for so long, only to have lost Rachel, his father and now a good friend, he resigned his post and deboarded the James for a final time.

TVLINE | This season, there have been episodes, like last week, where you almost had to catch your breath. Were you pleased with how easily, it seemed, the storytelling unfolded in Season 3?
It’s funny — at the end of every season or when I’m breaking a new season, I always think, “God, last season was so easy.” But it actually was anything but easy. We had a lot of strands to kind of weave together. Previous seasons were more about a hunt and they were challenging in their own way, but this one was more about conspiracies and plots and hiding the ball from the audience without making them feel frustrated. We’re really gratified with the way it came out.

TVLINE | Yeah, the only seam I might have noticed was the “radio interference” thing on at the White House with Kara. That was perhaps something you wish you had been able to get to quicker.
Well, it’s one of those things where we gave it a bit of screen time just to keep it in the air, and then what we thought was cool was that the persistent problem which we thought was technical turned out to be the root of the entire problem. But yeah, sometimes you drag things on 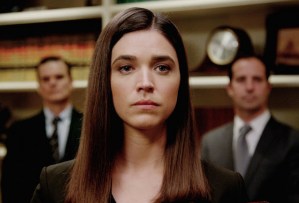 a little too long and people start saying, “Why are we watching this still?” That’s the risk.

But I think people took a little time to adjust in general to the season, because it was the first one without Dr. Scott, and it was also splitting storylines among as many as three or four different plots at one time. Just judging from my anecdotal experience of the fans’ reactions, it began with a little frustration and it ended with a lot of satisfaction.

TVLINE | Talk about the decision to not give Chandler a happy ending. It was a bit sad seeing leave the Nathan James for the final time.
We felt that in many ways the season was about the price of leadership, and we thought that of all the characters who could have had some sort of breakdown or just felt the most burden, it would be Chandler. He has been there for everybody else and hasn’t really had a shoulder to cry on or a person to talk to, aside from a few trusted advisors, but he kind of says it himself: “The world keeps falling apart and we keep having to fix it.” He began the season as this icon on a wall, a meme for everyone to see as “the most famous man in the world,” someone who just wants to serve, and we wanted to take him through this journey where by the end he sort of crosses the line for himself and says, “I need a break.”

We gave a lot of closure in the season, a lot of things are wrapped up and there’s basically a happy ending, so we thought it’d be great to sort of leave Chandler in a place where you wonder, “Where’s he going to be next time you see him, when we come back for Season 4? And can he ever get back that feeling he had that allowed him to stay this rock for everybody for three seasons?”

TVLINE | Judging by that one speech toward the end, it seems like he’d been backpocketing his guilt over Rachel’s murder all season long, and then once he finally got to catch his breath, it surfaced. And that, coupled with his father’s death, really dealt him a wallop.
Yeah, how do you keep getting up, putting on your uniform and getting out there into the fight when everything you love and trust keeps getting taken away from you? You try and try and try, yet you still can’t protect those you care most deeply for? That’s a heavy burden. Even George Washington, after two terms and 45 years as a public servant and as a general and founding the country, was like, “You know what? I’m done, I’m going to go back to my plantation and sort of take stock.” So in some ways, Chandler is the Founding Father of this new country and no one begrudges him to a certain degree his desire to disappear for a while. But at the same time, there are still a lot of people who count on him as a Founding Father, so it’s not going to be 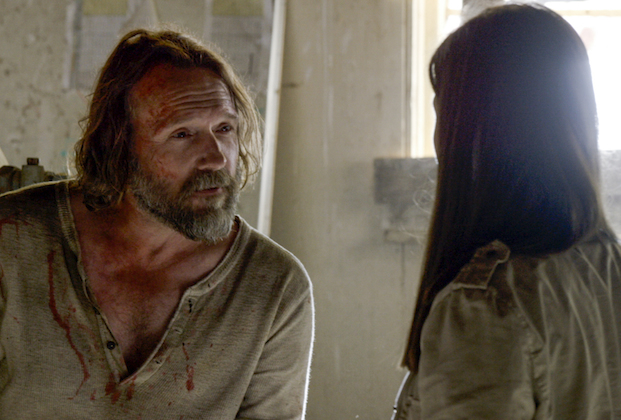 TVLINE | Why did you think it necessary to have Tex die at the end there?
You love all your characters and you don’t want to see them go, but we were building on the story for Chandler, as I laid out to you, and we thought that after his father’s death, watching his close friend who came back into action to help him die would be sort of the last straw. What was also interesting for us was that Tex before he died was saying, “Don’t [kill Allison Shaw]. This is not who you are.” He’s trying to remind Chandler of all the things Chandler’s having trouble remembering in the heat of passion. Right before he passes away, he says to him, “You’re a good man” — as in, “Don’t do what you’re going to do” and also, “Don’t hold yourself accountable for everything that’s happened, because you are a good man.” That’s going to echo for Chandler throughout the future of the show.

TVLINE | Do you have a sense of how much time will have passed when we pick up with Season 4?
I don’t want to say too much, but it would probably be well over a year.

TVLINE | Did you have any kind of alternate ending in the bank, on the off chance you didn’t get renewed for Season 4? Any alternate footage to wrap things up differently had it been a series finale?
No, I kind of throw everything I have into every season. We know that if the series had ended [last summer] with the shooting of Rachel, it would have been a really shocking and awful way to end a run, but at the same time we felt like there would be some closure — they brought home the cure and the audience can sort of suppose what life would be like in the future. Similarly, if we ended the show now with Chandler going off, I guess it would be sort of a farewell, as I said, to one of the Founding Fathers of the new country and the audience would have to speculate, “Gee, I wonder where he would have gone?” But at least the problem of the season was solved.

TVLINE | Was there any scenario where you allowed Chandler and Sasha a roll in the hay before he took off?
[Laughs] No, all we were going to give then in Season 3 was a couple of kisses. It’s very hard, when there’s so much going on to save the world, to stop for the smaller indulgences.

TVLINE | These are two people who probably need to decompress, if only for old time’s sake.
Yet I wonder if they had “fully decompressed, would he have still left the ship?

TVLINE | Was there anything you had to cut that didn’t make it into the finale? You got in that Danny/ Kara/baby moment, which I thought was a really nice touch.
We didn’t cut anything that we felt was important. We always end up with a little bit of extra stuff if we’re lucky, so that we have choices, because it comes down to rhythm and the musicality of the editing. I think maybe we had some moments in the end where you saw Kathleen by herself mourning her father [Tex]. But we felt it was actually stronger to have Sasha tell Chandler, “You haven’t even spoken to Kathleen,” and he kind of goes into, “What am I going to say to her…?” So yeah, we’re happy with the way it all cut together.

TVLINE | Speaking of Sasha, is it too early to say if Bridget Regan will be back next season?
Yes, Bridget will be back.

TVLINE | I have to say that at one point in the finale, I was wondering if you were heading towards Chandler ending up as President, and I was kind of hoping you wouldn’t because that would limit you. It’s one thing for the CNO to be a part of “Vulture Team,” it’s another thing for the President himself to lead a ground mission. So I was actually relieved when he was, like, “It’s not going to be me to lead this country.”
Yeah. It was never our plan this season to have him take that role because you do want to see him with his crew on the ship doing what he does. They always announce people of high rank when they arrive on the ship, so if you’re the Captain, they call you the name of the ship — “Nathan James arriving!” But if the President walks on the ship, they ring the bell and they say, “United States arriving!” That would have been a bit much to have to have the President running the ship from now on.