This Saturday marked Night 1 of the Primetime Emmy Awards’ two-part creative arts ceremony, and FX’s The People vs. O.J. Simpson came out of the gate with four early wins — including for Casting and Hairstyling (for a Limited Series or Movie) — ahead of the Big Show on Sunday, Sept. 18. 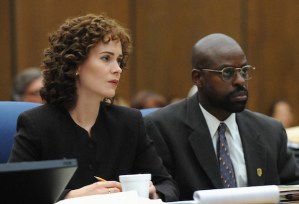 entered this year’s Emmys with 22 total nominations, second only to HBO’s Game of Thrones (which amassed 23).

Speaking of Thrones, it thus far has converted on nine of its nods, including in stunt coordination, special visual effects and casting categories. FX’s American Horror Story: Hotel on Saturday picked up a pair of Emmys, in costuming and makeup categories. 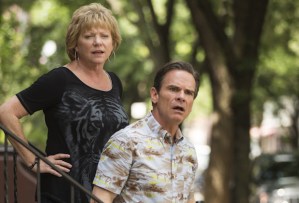 On the drama side, Ray Donovan‘s Hank Azaria was named Outstanding Guest Actor, while The Americans‘ Margo Martindale repeated as Guest Actress.

Fargo Season 2, which placed third this year with 18 total nods, thus far has converted on two, for Cinematography and Single-Camera Picture Editing (for a Limited Series or Movie).

Among first-timers, Marvel’s Jessica Jones was deemed to have the best Original Main Title Theme Music, The Man in the High Castle won for Original Main Title Design and Cinematography for a Single-Camera Series, and Mr. Robot grabbed gold for Outstanding Music Composition for a Series (Original Dramatic Score) and Crazy Ex-Girlfriend won for Single-Camera Picture Editing for a Comedy Series.

Emmys.com has a list of all winners thus far.

Night 2 of the Creative Arts Awards will be held this Sunday. An edited broadcast of this weekend’s ceremonies will air on FXX on Saturday, Sept. 17 at 8/7c.