Warning: The following contains spoilers for this Wednesday’s Suits

Mike’s life dramatically changed yet again during Wednesday’s Suits when the imprisoned faux lawyer’s stint behind bars came to an early end.

After securing his pal Kevin’s release, Mike set about ensuring that Gallo would never retaliate against him or his loved ones. In a risky move, Mike stayed locked up to catch his enemy’s attack on tape… and the plan actually worked! With the dangerous criminal successfully tamed — if Gallo tries anything, he’s going back to maximum-security prison, where everyone knows he’s a rat — Mike was finally able to walk out a free man and straight into Rachel’s arms.

But what comes next now that Mike can’t practice the law? And is his relationship with his fiancée as solid as it seems? Star Patrick J. Adams answers those burning questions and more below. The actor also shares why he was “pretty desperate” to break out of his character’s current digs.

TVLINE | Has the prison storyline played out the way you thought it would, in terms of what that life would be like for Mike and how long he’d be there?
I would say that at least on the timeline level, it played out how I thought it would. I knew that we were going to have to stay [in prison] most of the season, and I’m glad we did. There were definitely some surprises in there. Obviously, the set that we built… that I couldn’t really imagine until we got there. I was a little worried that I didn’t understand what the world of prison would look like in our show, and that it’d feel so different that it would feel like a completely different show. I think we’ve done a good job of pushing the envelope, doing something a little different, while also making sure that it felt like part of the world that we worked so hard over the last six years to create. 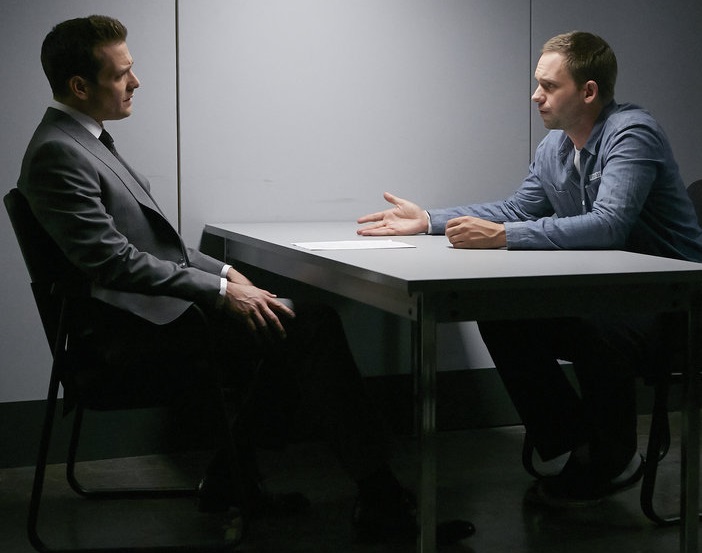 TVLINE | What was it like being separated from much of the cast for such a big chunk of the season?
At first, it was great — not because I don’t love spending time with my cast. As an actor, it was great motivation [and] a great challenge. I got to feel like I was doing something brand new. I got to come to work every day, feeling like I did when we started [the show]. I had to make new choices and figure out his relationship with characters. But like Mike, over time, I really started to miss the people who I had worked with over the years. I started to miss the dynamic that Mike had with Louis, the dynamic that Mike had with Jessica. It definitely got to the point where the only person I was getting to have scenes with was Harvey. We only had scenes in the visitation room. It was good because it fed my frustration and my anger in playing those scenes, but it made me pretty desperate to get out of there and rejoin the force, be able to be outside a little bit.

TVLINE | How will Mike’s experience inside inform him now that he’s back on the outside?
He’s finally shaken off the weight of this secret that he’s been holding onto. He’s finally paid the price, done his time, and he’s back to the business of figuring out who he wants to be and what his life looks like. Of all the characters on Suits, maybe I’m biased, but I feel like Mike has undergone the biggest transformation from day one to now. I don’t think that transformation stops now that we’re moving forward. Now the big struggle for him is figuring out what he does with his life, because being a lawyer is obviously not in the cards as of now. He has to figure out how he wants to help people. That question of what he’s going to do will be a big part of the back six episodes of the season.

TVLINE | Are you seeing any shifts in the character following his imprisonment?
It’s part of a journey that he’s always been on. He’s more and more mature. He’s getting closer and closer to the person that he wants to be. So there’s a level of strength and confidence in knowing that he doesn’t have to hide from anybody anymore. I’m not sure where the story is taking us. But from the point of view of me playing him, I would imagine that he’s definitely not the boy that he once was. There’s a saying, “Kill the boy. Let the man be born.” That’s what’s happening to him. It’ll be interesting to see how he interacts with all of the characters now that he’s no longer trying to hide. 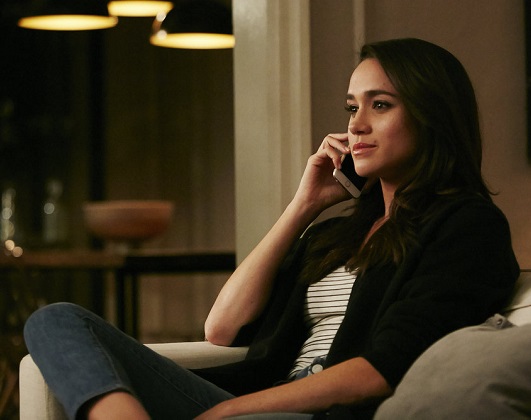 TVLINE | Can Mike and Rachel really pick up where they left off?
I think so. It’ll be a little different. But the whole thing keeping them apart was this terrible reality that he had to go and pay the price for what he’d been doing all these years, and now that’s over. She’s been coming into her own in a major way with this case all season, and I think he’s so proud of her and excited to see her making her dreams come true. As of now, I don’t see anything getting in between the two of them, although I’m sure the writers will find something to throw into the mix.

TVLINE | What does Mike think of everything Harvey has done to get him out?
It’s the same position that Mike takes with Harvey all the time, which is they’re brothers. He’s so grateful to Harvey for the things that he’s done to help him, and he’s frustrated with Harvey about the things that he’s done that he didn’t keep him in the loop about. … At the end of [Episode] 609, as you see, they’re face-to-face just like they were when Mike went to prison. How they got there and what they did doesn’t matter. It just matters that they’re back together and that they can focus on the future and figuring out how it all works from there.

Suits fans, are you happy Mike is a free man? What do you think he should do next to pay the bills?