In Sunday’s Fear the Walking Dead (AMC, 9/8c), we not only learn how Madison, Strand, Alicia and Ofelia are faring after fleeing from Celia’s compound, we also get a sense of how close Maddie and Strand are becoming in Travis’ absence. Should her actual significant other be worried — and should Maddie/Strand shippers like myself be excited? For answers, TVLine turns to showrunner Dave Erickson. 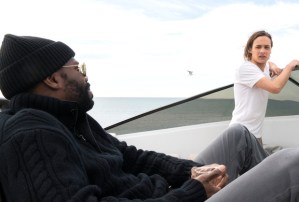 TVLINE | But I’m not imagining things, right? Madison and Strand’s relationship is changing.
Yeah, there’s a lot of shifting dynamics in the back half based on the losses in the first. The thing about Strand is that he is someone who’s always been driven and has always been able to determine what the newest currency was going to be. He saw something in Nick before anybody else did, and that’s something that will probably be made more manifest in Season 3 when paths start to cross again. But you’ll start to see as we get deeper into this season that there’s an element of grief to him that we haven’t seen before. I wouldn’t say a vulnerability, but he’s a little bit wounded.

TVLINE | Is there a romantic aspect to Madison and Strand’s relationship?
That’s one of the questions that came up when we were shooting. People were wondering if this was going to become a true romantic relationship.

TVLINE | And… ?
When Strand says he is a seducer of people, I think he means it. He is willing to invest in people in a way. He knew that there was something about Madison, and if they’d met at a different time, they absolutely would have related to one another. And she responds to him in a not dissimilar way to how she responded to Daniel in Season 1. There’s [an element] of a kindred spirit in that they are both willing to embrace an amorality if it’s necessary to survive, whereas that’s something that Travis has always struggled with. 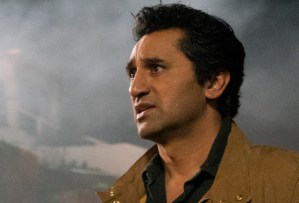 TVLINE | See, that sounds like another strike against Travis.
But part of what he will continue to go through is really… it’s driving toward a place where even Travis, who has been the moral compass of the show — sometimes annoyingly so — is going to lose purchase on that. We’re going to see a Travis emerging who is much darker. And if he’s able to tap into that, one would argue that that may be the missing part in the relationship between [him and Madison]. It just took the apocalypse to draw them into a closer relationship, which I think is the irony we want to play with.

What do you think, Fear fans? Do you like the idea of an actual Madison/Strand pairing (or is that just me)? Hit the comments.