Star Jaime Camil announced the news of the Desperate Housewives actress’ visit to the CW dramedy via Instagram. Leading lady Gina Rodriguez’ Snapchat reveals that Longoria is on set to direct Episode 3.

Guess who is checking into the Marbella Hotel this Season? #JaneTheVirgin 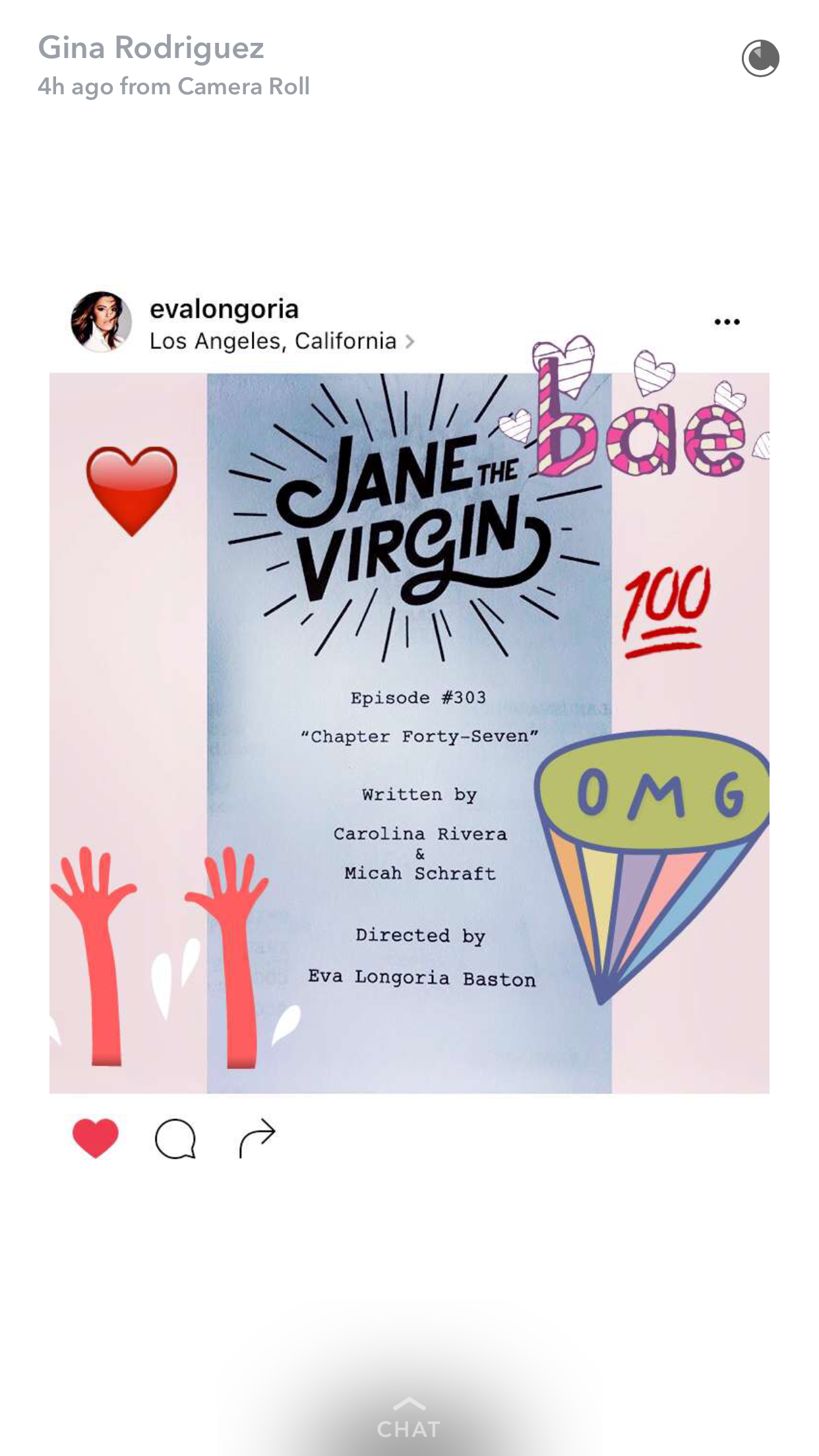 * Showtime is celebrating the 10th anniversary of Dexter‘s premiere with a bracket-style competition on SHO.com, in which fans pick 10 episodes to air during a marathon on Oct. 1, the date of the show’s launch.

* The holiday sequel movie Dolly Parton’s Christmas of Many Colors: Circle of Love will premiere Nov. 30 at 9 pm on NBC, the singer/actress announced via Twitter.

* Bella Thorne (Scream) will co-executive-produce the Lifetime vampire movie Drink, Slay, Love, based on Sarah Beth Durst’s young adult novel, our sister site Deadline reports. The TV film stars Cierra Ramirez (The Fosters) as a 16-year-old vampire who is sent to high school to gather fresh young blood, but then unexpectedly starts to grow a conscience.