Two more shadows from D.J.’s past are returning for the second season of Fuller House — but don’t expect to recognize either of them.

Both characters will attend D.J.’s high school reunion, and you’ll be happy to learn that very little has changed for either of them; Nelson is still obnoxiously wealthy, constantly boasting about his yacht and three houses, while Kathy is every bit as bitchy and pregnant as we remember her. (That’s right. Go back and watch Season 8.)

As previously reported by TVLine, Fuller House‘s second season will also introduce Joey’s M.I.A. family, a D.J. clone (who also happens to be Steve’s new girlfriend) and a “weird” new boyfriend for Stephanie.

Your thoughts on Fuller House‘s recasts? General hopes for Season 2? Drop ’em in a comment below. 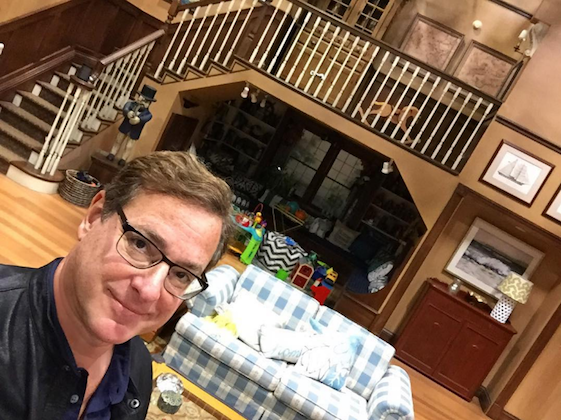