After seven seasons on Rizzoli & Isles, this Monday’s episode took Sasha Alexander someplace she had never been before — behind the camera, as director of the TNT drama.

And it’s not just any old episode the actress got to helm. Rather, “For Richer or Poorer” (airing Monday at 9/8c) drops the none-too-tiny bombshell that Dr. Maura Isles once was, for a brief moment, married to rich kid Edward Dunn (played by Life Unexpected‘s Kristofer Polaha).

With this and just three other episodes left in the series’ run, TVLine spoke with Alexander about her directing debut, Maura and Jane’s growth over seven years, what she’ll miss most about the cast and the “morbid” prop she took home.

TVLINE | Had you been angling to direct all along, or was it something offered to you during the final season?
I graduated from film school at USC for directing, and I had done short films and so forth, but I put it on the backburner because acting was my focus. Since Season 2, I did want to direct this show — it was contractually there to say, “Hey, I want to do this” — and every season they found a reason not to let me do it! [Laughs] There’s scheduling, and it’s also very challenging to organize it so that we are given the opportunity to be “light” in the [preceding] episode, so we can prep. It takes a lot of sacrifice on their part, and [showrunner] Jan Nash made that happen, which was a great gift.

It was a really inspiring, enriching and fun experience for me, to be able to work with everybody behind the scenes. That part of the collaboration is something I’ve really missed as an actor. It’s so much more insular, and one of the reasons I went to film school was to hone behind-the-scenes skills. 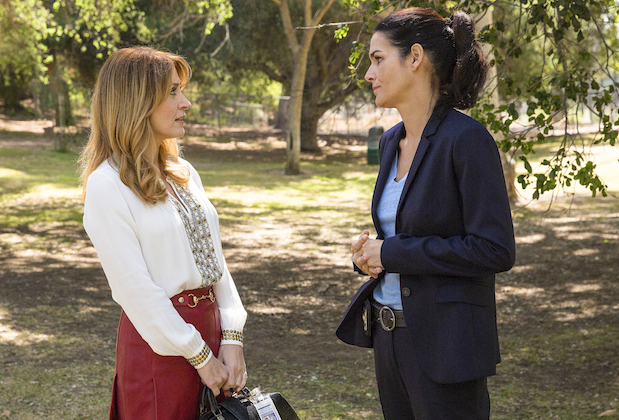 TV’s hard, because we have eight days of prep and eight days of shooting, and it’s really fast — you don’t get a lot of takes, so you have to make decisions quickly.

TVLINE | What’s nice is that you got to direct a bit of everything. There’s some stunt work, a chase scene, comedy, romance, a party scene….
The party scene was my “Birdman shot.” We had a time constraint that day and we had seven actors in the scene, and I really felt that scene needed movement. When you have to cut to these quick bits of dialogue within party scenes, it can take hours on end. I felt it should have a flow, so I designed the scene, with our cinematographer, to shoot it as one take. From the moment that we do our hellos, it’s one consecutive shot until Jane (played by Angie Harmon) and Maura end up on the couch. Now, that is an unusual thing to do on our show, mostly because they want you to cover everything a lot. I thought that after I did my edit they would say, “No, it doesn’t work,” but when we got to the end of that scene, it was very emotional.

TVLINE | It was. It was.
Yeah, we all felt that way. But yes, I did get a lot to do, which when I initially read the script was super-exciting. The wonderful [co-executive producer] Ken Hanes wrote my script, and he really loves to write character stuff, so I knew I’d get a character-driven episode. I was thrilled to find out I also got an action sequence and all this other stuff to do, but in the end it’s a very character-driven episode. It had that lovely scene with Jane and Maura in the house, which at first was four pages. We ended up cutting it because as an actor I said it’s too long. So we did one part of it in the kitchen, and then one part by Maura’s fireplace, which we’ve never used in seven years! And it wound up being this intimate conversation between two friends, talking about past loves.

TVLINE | It is a strange thing for someone to learn that their best friend had a husband she never mentioned — you had that sticky wicket to address — but the way Maura lays out the story, it makes sense.
When I read that too, it was one of those things that stood out, like, “How do we approach this without it feeling like something Maura kept as a secret?” It was something I recognized as a bit of a hurdle, but it was also something that made me laugh, because I love when Jane finds the photo of her in this totally wacky Vegas setting. That’s so not Maura! But the way it played out, particularly because of Maura’s attitude about it, I think you do buy it. The scene that was really important to me as well was when Maura goes to see Edward [in the hospital], it was really important for me that you immediately believe 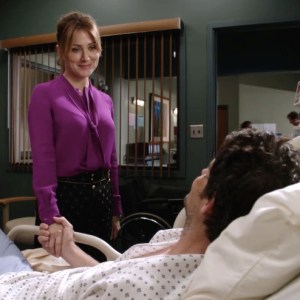 that they had something between them that was palpable.

TVLINE | I did notice that they held hands. There’s this instant intimacy, regardless of what happened in the past.
Yes, and also when she talks about his mom not being someone who really approved of her, how Maura wasn’t the kind of woman she wanted for her son…. He had to be somebody you believed was in her past, but we also had to understand why it didn’t work out at the time.

TVLINE | In this same episode, Maura learns that Jane has a job offer at Quantico. What do you want to say about her reaction to that?
I feel that our writers and producers and Jan Nash have serviced all of the characters in the most beautiful way, until the very end, straight through to the finale (airing Sept. 5). I do think that they send off these characters with hope, with love, with friendship and family… all of the things that you would want to see happen to them. With Jane and her new job, and Maura as well, we’re dealing with two independent women who have been very career-minded and who are leaving after seven seasons unmarried, with no children. We’re seeing them grow and make choices to live differently. That’s a beautiful thing, because all you ever want to see when you’re committed to any series is that growth. We are left feeling that everyone will stay close, but we are moving on.

TVLINE | The growth thing leaves us feeling like we’ve been watching a meaningful section of these characters’ lives.
Yes, and yet you still feel like they will be together. They may not be in the same place, but they will take the relationships they’ve made with them. For me, the most satisfying part of this series is that it obviously has this crime show element, but what keeps you watching is this personal journey for not just Jane and Maura, but for everyone. You’re watching family and friends move through life, be put in dangerous situations, traumatic situations, and coming out of it closer.

TVLINE | How did saying goodbye to this show differ from ending your second-longest TV run, which was on NCIS?
Well, this was seven years and that was two. [Laughs] And NCIS was a choice of mine, to go on. I feel very… satisfied with our success. I feel satisfied with the amount of time that we’ve gone on. We’ve been really fortunate from the very beginning to have a fan base that stayed with us throughout. Unlike a lot of shows that do a big run and then you get bored by the end, I actually feel like we’re leaving on an “up,” in that there are more stories to tell. As a creative person, I’ve always looked forward to Dr. Isles; it’s been a really interesting, funny character for me to explore, and I’ve never gotten bored. That’s a danger on any series, that you sort of hit a wall where you feel like you’re “making sausage” every week, which is a quote from my old NCIS costar, Michael Weatherly. He’d be like, “It’s TV, we make sausage every week. And you don’t change the flavors too much.” But I was like, “I don’t want to do that!” [Laughs] I want to make characters that are always growing, always pushing the envelope. So I feel really lucky to have been on something where I have learned so much, that we were able to shoot in Los Angeles…. It’s all around been a really positive experience. 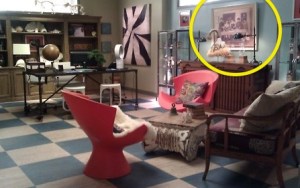 Did you take anything from the set?
I took this big picture from Maura’s office, which was a replica of an old photograph of five women in the 1900s performing an autopsy. It’s something Maura had in her office from the very beginning, and it totally embodied that character for me. Because not being a doctor and not understanding why someone would want to work with dead bodies, for me it was always about understanding what drives a person to do this job. When [series creator] Janet Tamaro was first designing Maura’s office she called me and asked my opinion on certain design things. She chose that photograph as the representation of the power of women who were doing this hundreds of years before us, and that clicked with me. I’m not sure where I’m going to hang it [Laughs] It’s a little morbid. But it had sentimental meaning to me.

TVLINE | Lastly, whats next for you?
I got a tan! [Laughs] I’ve traveled. I took a break all summer, and now I’m going to hit the ground running. I’ve got a couple of projects that I’ve developed, and I’d like to produce and star on my own show, 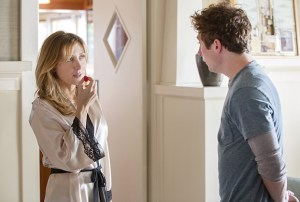 so I’m just kind of creating my next vehicle, meeting with people…. It’s just a question of finding something that feels like you want to do it every day for a long time. My experience over on Shameless (pictured) for a couple of seasons was really eye-opening, in the way that it’s such an unconventional show that pushes boundaries, and I liked that. I like working in that style, the way they shoot, and how the material is just constantly changing. I think that television is a beautiful place to be, and we’re doing such good work. I want to find that next thing that inspires me.