Green Arrow, The Flash, the Legends of Tomorrow and Supergirl will not be acquiring another superfriend in the foreseeable future.

“We weren’t expecting to have four [superhero shows] this season,” The CW president Mark Pedowitz told TVLine on Thursday at the Television Critics Association summer press tour, referring to the Girl of Steel’s arrival. “Supergirl came thanks to the parent company [CBS] bringing it over to the CW — ‘I said where can I sign up?’ — so at this time, there are no real discussions about any [additional] superhero characters.”

Pedowitz did leave the door open a crack, though, saying that if a peripheral character on an existing series “pops,” you “reexamine the situation. But at this time there are no discussions” — save for the just-announced animated CW seed series Freedom Fighters: The Ray, which in success a la Vixen could result in a live-action version of that yet-to-be-cast character visiting a CW show.

Other topics covered during the CW boss’ TCA appearance:

* UPDATED: Supergirl is back for 23 episodes, The Flash, Arrow and Supernatural all have 22-episode orders, Crazy Ex-Girlfriend is back for 13 and Legends Season 2 currently has a 13-episode order which could grow. Returning midseason shows The Originals, The 100 and iZombie will be back for 13 episodes each, while Reign may get as many as 16.

* Asked to justify the renewal of low-rated Reign, Pedowitz said, “I like the idea of three queens.”

* Pedowitz admitted, “We made some mistakes” with Season 1 of Legends of Tomorrow. “We think this year we will correct it.”

* Pedowitz is under no illusion that Supergirl will pull the audience it did on a major broadcast network, but anticipates “it will probably be our No. 1 or No. 2 show” behind The Flash.

* Coming off Rachel Bloom’s TCA Award win, Pedowitz again touted Crazy Ex-Girlfriend and Jane the Virgin as “quality programs,” adding that he hopes the former gets a (needed) viewership bump as the result of Netflix catch-ups.

* Asked for the status of the Friday the 13th series the CW had eyeballed as a possible pilot, Pedowitz said, “We are not developing it at this time.” Similarly, the dystopian take on Little Women is not moving forward. A small-screen version of The Notebook, meanwhile, is seeking new writers.

Additionally, a first look poster for Legends of Tomorrow‘s Vixen aka Amaya Jiwe (played by Maisie Richardson-Sellers) was released prior to The CW’s TCA arrival: 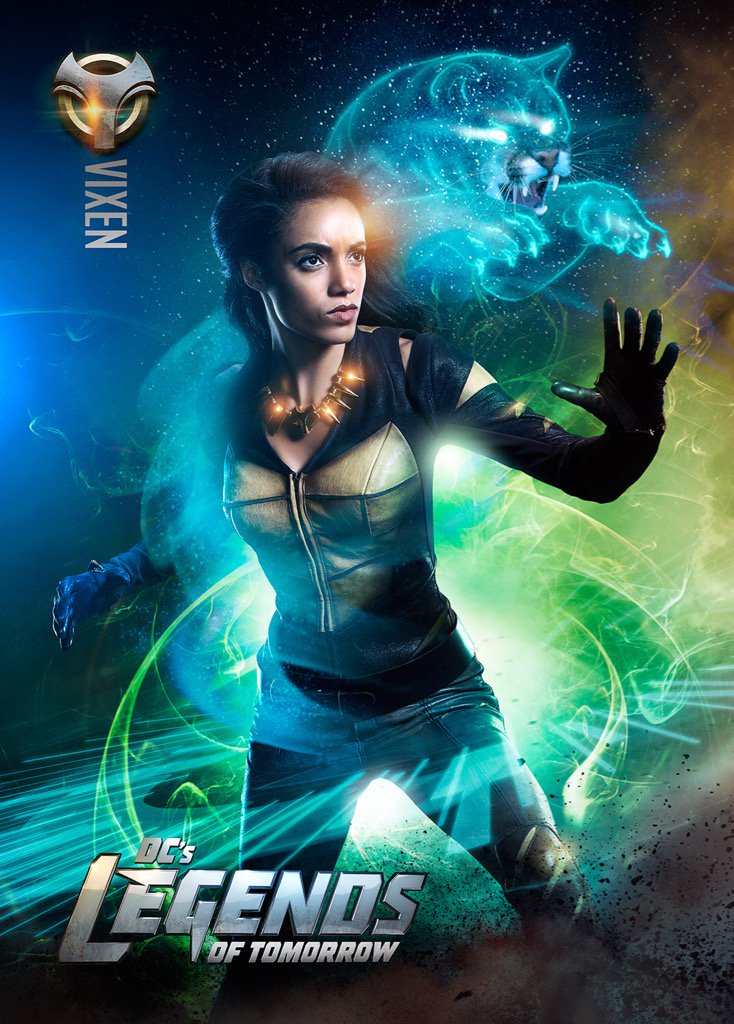