The future of Everlasting took a sharp turn during Monday’s Season 2 finale of UnREAL.

With Coleman and Yael determined to expose all of the dating show’s dirty secrets, Rachel and Quinn tried desperately to save their jobs and their lives. But it was Jeremy who, after learning that his ex had been raped, stepped up and did the unthinkable in order to win back her trust. At the close of the episode, the trio (plus Chet) watched as a news report revealed that Coleman and Yael’s car had been run off the road.

On the romance front, Quinn plotted to blindside Darius with a live Everlasting wedding but got a surprise of her own when Rachel and Jay reunited the football player with ex-contestant Ruby. The couple didn’t get hitched or even engaged — she sensibly turned down his proposal because they’ve only known each other for a short time — but it was still as close to a fairytale ending as one gets on UnREAL.

Below, Zimmer talks about the season ender’s deadly cliffhanger and the “new energy” it brings to the Lifetime drama. The actress also reflects on Quinn’s own quest for true love and her fraught relationship with Rachel.

TVLINE | Which finale twist shocked you most?
Oh, the Coleman and Yael situation, for sure. That to me was like, “Wait, are you joking?! How are we going to do that? And what’s going to happen after we do that?”

TVLINE | Quinn and Rachel always seem to find some way out of these situations. But it really seemed like they were backed into a corner, and you had to wonder how they were going to stop Coleman and Yael.
Exactly. This is also what’s interesting about the way it ends: All four of those characters, they’re a really, really f–ked up family, if you want to look at them that way, and it shows you that they’re all just as evil [as each other]. It’s not just Quinn and Rachel. This is where I sit here and defend my character, but ultimately, I didn’t do it, and neither did Rachel. If you want to put it under a magnifying glass, we didn’t ask anybody to do that. It’s going to be interesting, though, how it affects them emotionally next season. 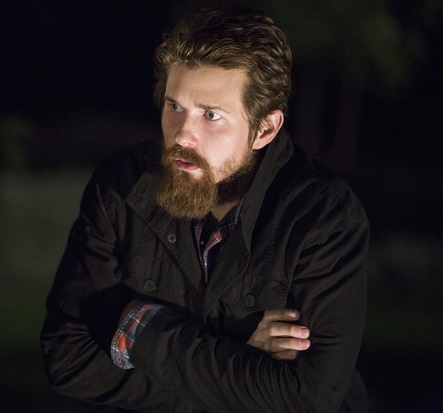 TVLINE | Technically, Jeremy was acting on his own. He got off his high horse and became one of them by doing this horrible thing. But at the same time, the story seems to be shifting into a redemptive arc for him.
Right. I think that he was pushed into a corner of feeling like, “I’ve done so much wrong. How do I redeem myself in the eyes of these women?” You come into this Everlasting world, and it kind of deteriorates you from the inside. Look at what happened to Coleman. Was Coleman that way before he came? We answer that question in [Episode] 10, but I like that up until [Episode] 9, people kind of looked at it as if he became bad being around us and seeing how the viciousness actually works. But then we reveal in [Episode] 10 that he was kind of a turdball the whole time [Laughs], which I was very happy about, because I was like, “Quinn is always right.”

TVLINE | Season 1 ends with just Rachel and Quinn on the lounge chairs, talking about how they killed Mary. Then Season 2 ends with Rachel, Quinn, Jeremy and Chet in a similar situation. Is it the four of them against the world now?
Yeah. That’s what it feels like to me, like we’re all in this together, and it’s not us against them, which I like, because we’ve seen when it’s men against women and boyfriends against girlfriends and all that kind of stuff. So with them all working together going into Season 3, that creates a whole new energy that we have not done yet. 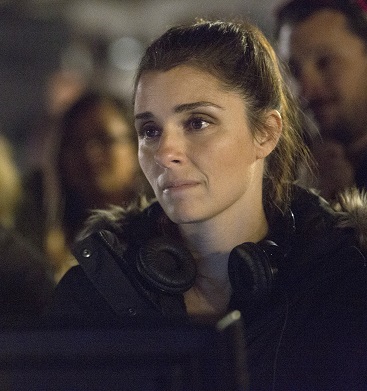 TVLINE | Rachel and Quinn have been through a lot this season, and in the finale, you have Rachel and Jay conspiring behind Quinn’s back. What kind of place do you feel like their relationship is in at the end of Season 2?
I think they’re good. End of Season 1, we all knew that Rachel was going to be out to get Quinn because of what Quinn did to Rachel, and now at the end of Season 2, they kind of have bigger fish to fry. Yes, there’s going to be backlash [about] how Rachel did something behind Quinn’s back, but ultimately, I think going to go into Season 3, they’re going to be on the same team, because they have to be, and I prefer them on the same team. They’re better together. They’re incredibly volatile when they’re not together, because they’re vying for each other’s attention.

TVLINE | There was a great scene where Quinn is watching the monitors as Darius and Ruby are having this sweet moment. What was going through her head in that moment?
It’s definitely some of the emotions brimming over from what happens in Episode 9, where Quinn thought that she had found true love and ultimately ended up pushing it away because of what she felt were her misgivings or [fears of] being a disappointment to someone. For me, in that moment, it was all about just Quinn realizing that true love does exist, but will she ever find it? Or is it too late for her? In the reality of the show, it was a real moment that you don’t see very often. That emotion was like, “Wow. This can happen. True love can happen.” That’s rough for Quinn. Quinn’s got a lot of issues. [Laughs]

TVLINE | It was a surprisingly sweet ending for the show.
Yeah. Weird, right?! And then it takes a really wrong turn — no pun intended. [Laughs]

UnREAL fans, what did you think of the season finale? Grade it via the poll below, then hit the comments to back up your pick!