True love, destiny and America’s patience were all put to the test Monday night as JoJo Fletcher‘s final decision was stretched over two agonizing hours on The Bachelorette season finale.

And even though it was a somewhat low-stakes choice — handsome former footballer Jordan Rodgers vs. handsome former swimmer Robby Hayes has to be one of the franchise’s safest face-offs yet, right? — we still found ourselves torn over JoJo’s impending decision until the finale’s closing moments. (Damn you, Bachelorette, you’ve done it to us again!)

Tears, drama and an endless supply of cheese (thanks, Chris Harrison!) filled the evening, until Jordan was finally revealed as JoJo’s one true love.

“As long as you’re happy,” a crestfallen Robby told JoJo moments after she stopped him from proposing by saying, “I can’t let you do that. I don’t want to take that moment from you.”

And then, all that was left was for Jordan to show up and tell his lady “You make me believe that love doesn’t need to have scripts” and that he was going to “wake up every morning and choose you over and over and over again, until you tell me I can’t.” Then he got down on one knee and proposed, and she happily accepted.

The finale also found JoJo haunted by the ghost of former Bachelor Ben Higgins, who famously professed his love for her… then blindsided America by proposing to the other finalist, Lauren Bushnell. (Speaking of haunting, Ben and Lauren: Happily Ever After is coming soon to Freeform.)

Bachelor Nation, are you pleased with JoJo’s choice? Cast your vote below, then drop a comment with your thoughts on Monday’s big finale. 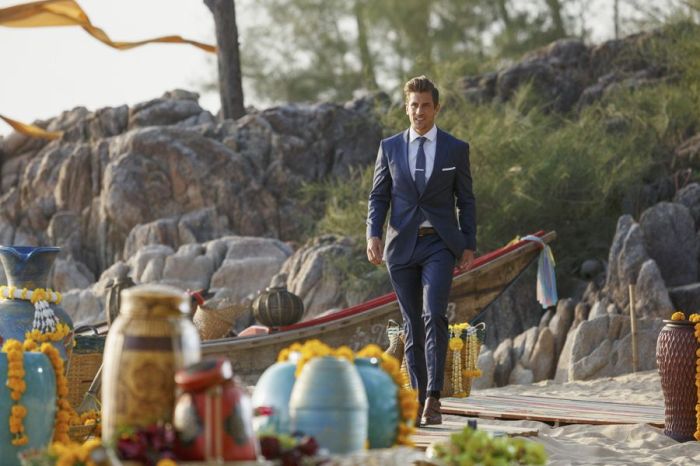