True Blood‘s Nelsan Ellis is sinking his teeth into a role 100 years in the making.

The actor is joining Elementary Season 5 for a three-episode arc as Shinwell Johnson, a character who first appeared in Sir Arthur Conan Doyle’s 1924 story, “The Illustrious Client.” 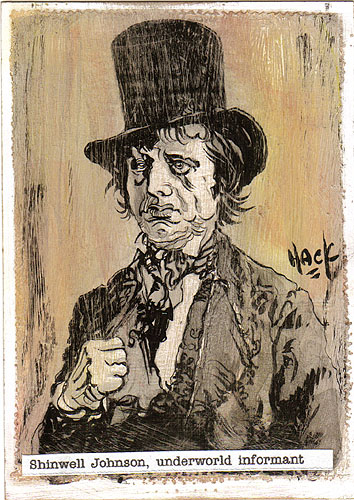 Elementary’s modern take sees Shinwell as a former drug dealer who’s struggling to get his life back on track after a long stint in prison. A surgical patient of Watson’s (Lucy Liu) more than a decade ago, Shinwell reappears in her life as a helpful tipster in a murder investigation. He begins working with Sherlock and Joan, leveraging various illicit connections from his past to help the pair solve cases. But the more time he spends navigating New York’s underworld, the closer he gets to sliding back into the life he’s so desperate to leave behind.

Ellis will debut as Shinwell in Elementary‘s Season 5 premiere on Sunday, Oct. 2 at 10/9c.