DC’s Legends of Tomorrow will battle the Legion of Doom in Season 2, it was announced on Saturday at the San Diego Comic-Con.

Letscher will be a series regular on Legends Season 2, while McDonough will recur. Miller and Barrowman recently signed groundbreaking deals where they are series regulars across all of The CW’s superhero shows.

“For Season 2 of Legends, we decided that the perfect antagonist for TV’s first-ever team of Super Heroes would be TV’s first-ever team of Super-Villains,” executive producer Marc Guggenheim said in a statement, “recruited from the ranks of Arrow and The Flash’s deadliest adversaries. Being huge fans of the Challenge of the Superfriends, we’ve come to call this group our ‘Legion of Doom.’” 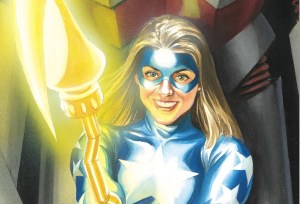 super friends, the Legends will be getting some — in the form of Justice Society of America members. Already, Rip Hunter’s team has met Hourman (played by Suits‘ Patrick J. Adams in the Season 1 finale). Additionally, to be cast for Season 2 are Stargirl, Dr. Mid-Nite and Obsidian (click names for details).

Earlier this summer, Nick Zano (2 Broke Girls) was added to teh Legends cast as Dr. Nate Heywood aka Citizen Steel.

“Even the heroes have heroes,” EP 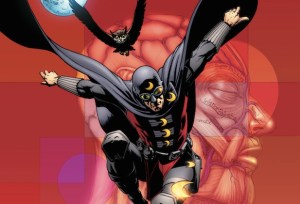 Phil Klemmer said of the Legends getting help from the Justice Society. “For us, the JSA is like that golden age of superheroes. For our team, it’s like modern people meeting that greatest generation.” 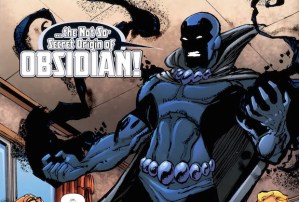 Jiwe, aka Vixen, to fill a vacancy on the Waverider, after Hawkgirl and Hawkman bid the team adieu, and in the wake of Leonard Snart’s sacrificial death.

Legends of Tomorrow premieres Season 2 on Thursday, Oct. 13 at 8/7c, where it now leads into Supernatural. Are you excited to see Legends plus Society vs. Legion?