Tricia Helfer apparently made a mother of a first impression on Lucifer producers: Just weeks after she was first cast as the mother of Tom Ellis’ titular devil and D.B. Woodside’s Amenadiel, the actress has already been promoted to a full-fledged series regular, TVLine has learned.

The exclusive image of Helfer alongside Ellis and Woodside underscores the fact that mom essentially falls into the same demo as her two sons. “I heard it put, ‘She’s not really that much older [than Lucifer and Amenadiel],’ the Battlestar vet assured TVLine. “But it will all make sense once you see it.”

Helfer — who will debut in Lucifer’s Season 2 premiere on Monday, Sept. 19 at 9/8c — went on to tease that viewers will “very quickly” realize what the deal is with Charlotte, who’s been trapped in Hell for thousands of years by her ex-husband, God, “We’re not going to leave people guessing. There’s been enough of that with the concern that she’s escaped from Hell.”

Check out the exclusive first portrait of Hell’s First Family below, then hit the comments with your insta-reaction. 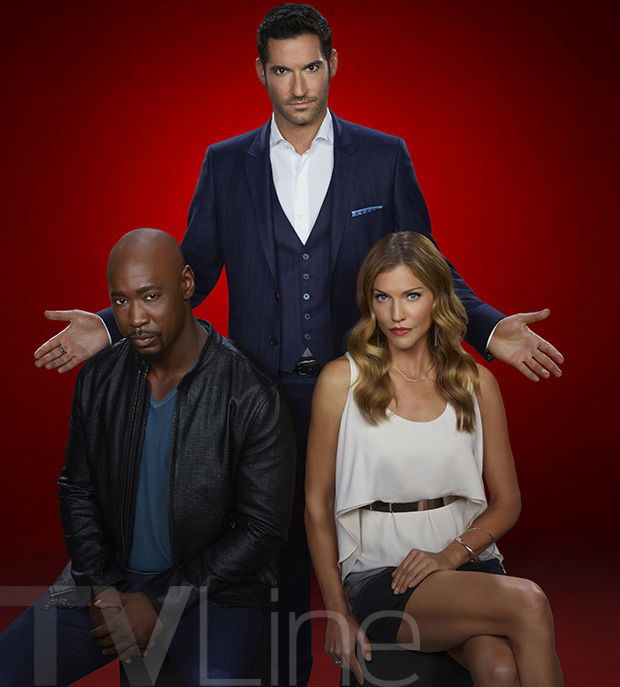