OK, so it wasn’t exactly a happy ending. Despite Containment’s unforeseen cancellation, the show’s de facto series finale on Tuesday still managed to give its virus-plagued characters some hope. 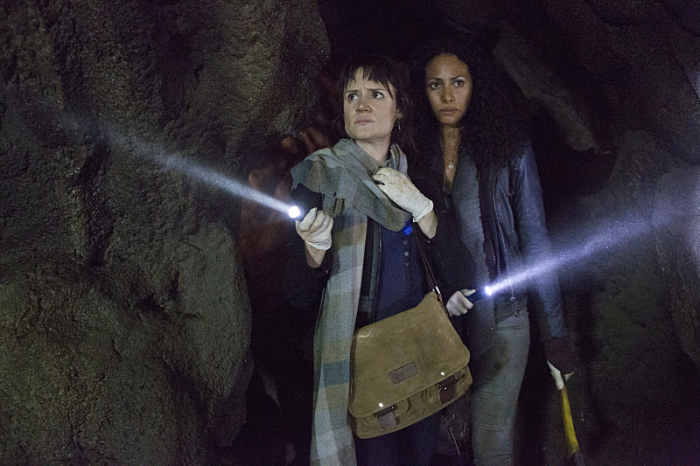 A brief recap: While trying to get out of the cordon, Jana was reunited with Lex, who decided to follow her back inside the quarantine zone after their escape route was blown up — literally. Meanwhile, Lommers’ lies were exposed, and Dr. Cannerts discovered someone with the antibodies needed to make a cure. Elsewhere, Xander and Teresa got engaged, while Jake vowed to honor Katie’s memory as he spread her ashes.

But that wasn’t meant to be the end of the story, executive producer Julie Plec says in our Q&A. Although there was a sense of closure to some of the character arcs, the boss had plenty of material to keep the show going for a second season.

Here, she not only reveals her plans, she also explains how the drama became a “limited event series,” even though it wasn’t originally intended to be one.

TVLINE | I was surprised by how many of the storylines got wrapped up in a pretty satisfying way.
Yes, thank God. [Laughs] I’m a big fan of seasonal storytelling, regardless [of whether a show is renewed]. I don’t like the idea of not completing the small storylines in anything that I do. I usually like to wrap up everything that I can and then leave something hanging for the next season. So this finale really is emblematic of the way I usually like to do finales, minus a twisty, turn-y Katherine Pierce-size cliffhanger. Thankfully, it is much more satisfying than, for example, the last episode of Kyle XY, when they cancelled us after insisting we cliff-hang the final episode of the third season.

TVLINE | Was this always the ending you envisioned? You didn’t make any tweaks after finding out the show would not continue?
No. This [episode] was shot in December, delivered in February and aired exactly as it was intended.

TVLINE | Correct me if I’m wrong, but when the show was announced at upfronts, it wasn’t labeled a limited event series. That came much later.
Yeah. That came out of, I think, a desire to “eventize” the experience. They knew that since the show did have a satisfying ending that it was a risk they were willing to take, that it could work as a single [season] series if it needed to, or it could live on. Between the marketing point of view and wanting to get people excited and knowing that they weren’t misleading the audience — because if it did, in fact, end, it would feel like it had a proper ending — those were the choices that they decided to make.

TVLINE | Was there anything that you would have done differently if you had known it was going to be a one-season series?
Well, if I had known that from the beginning, I would have finished the story. I would have found a way to find a cure and see a sense of hope that the quarantine would be lifted. We got pretty close to that, coincidentally, so that’s good. But I would have liked to see it go on for another chapter in order to tell the other half of the story. 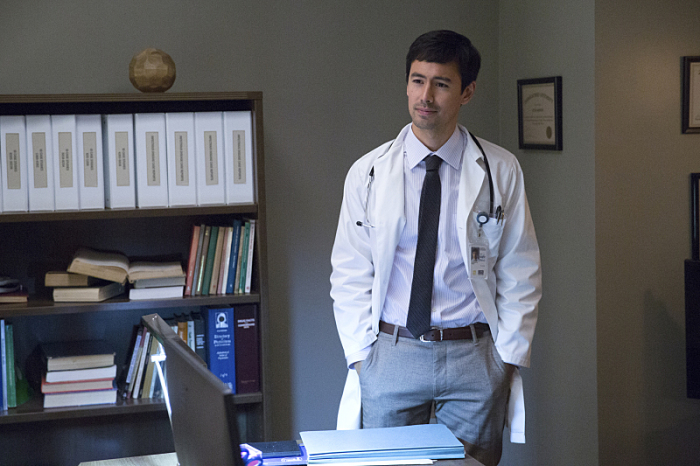 TVLINE | What was in store for a potential Season 2?
We had the conflict at the hospital. As the entire community is waiting for the virus to die out, knowing they won’t be free until it does, Dr. Cannerts comes up with a way to keep people alive, even though they’re symptomatic. So there’s a bunch of people, diseased and able to spread the virus, that he’s keeping alive and healthy but still infectious. Suddenly, these people who just 20 days ago were outraged to be placed in a cordon find themselves having to cordon off an area within their own zone so that they can potentially avoid infection from the people at the hospital. So we had a great cuckoo’s nest kind of division: the hospital filled with sick and dying people versus a community of people trying to build and hold on and survive in functional ways by deciding what to do about communication and law and martial law and how to feed themselves and how to teach their kids and how to be intimate with each other — all the things that you need to have when you’re stuck somewhere and you’re not going anywhere anytime soon.

TVLINE | How would Lex have adjusted to being inside the cordon?
The adjustment would have been complicated for him, because he’s used to being the guy in charge. He’s the Major, and here he comes into a town with less than 10 cops, where Jake has stepped into, basically, an ad hoc mayoral role within the community [and] where normal law does not apply. And yet, Jake is such a by-the-book guy, he would have had quite a wake-up call in terms of how to navigate within this new world. 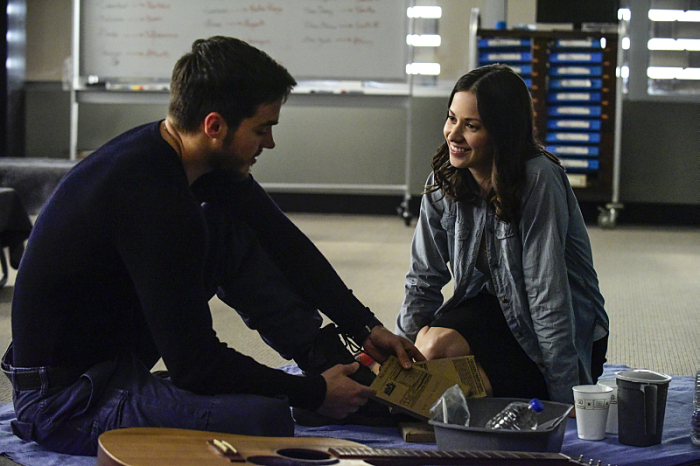 TVLINE | Jake went on such a journey in Season 1 with Katie. What love interest could you have possibly introduced for him that fans wouldn’t have revolted against?
We had a new lady friend that we were planning on, quite literally, dropping from a helicopter into the middle of the quarantine zone, but certainly knowing that it wouldn’t be easy to get romantic anytime soon. But we definitely had a new scene partner for him that we were excited to explore.

TVLINE | After the finale, I had to wonder what Katie would think of the fact that Quentin did not get out of the cordon after all.
She would still be rooting for an alternate exit route. Season 2 would have continued to be about ways to eventually get healthy people out of the cordon. Quentin’s destiny, certainly — unless we had to “Walt” him because he was growing too tall [Laughs] — was to make it out safely. I can’t see it ending any other way.

What did you think of Containment‘s series finale? Grade it via the poll below, then hit the comments with your thoughts on Plec’s Season 2 plans.