Ah, seems like old times. No sooner has UnREAL’s Adam returned to the Everlasting mansion than he’s forced to take off his clothes and put on tiny swim trunks.

In this exclusive sneak peek at Monday’s episode (Lifetime, 10/9c), the former suitor isn’t too happy about once again being Quinn’s “meat puppet,” this time in her quest to “re-energize” the contestants. So why would he volunteer for a second helping of humiliation?

“You regret how you left things,” Quinn tells him. “So why don’t you make them better?”

“With America?” a confused Adam asks, to which the producer very pointedly responds, “With whomever.”

In case it’s not abundantly clear, the Brit has one thing and only one thing on his mind: “He’s back for Rachel,” his portrayer Freddie Stroma tells TVLine. “But he remembers his experience [on Everlasting], the craziness. When he says, ‘Here we go again,’ it’s like, ‘Back in the madhouse.’ I think he’s willing to put up with it” for Rachel, however.

Read on for more of Stroma’s thoughts on Adam’s big comeback, his opinion of Coleman and then some.

TVLINE | What was it like returning to the show after being away for a while?
Very strange. They had a much bigger set… and then a new cast, who were also six episodes in. It was fun. It was great to hang out with everyone again, see a lot of the old cast and crew. Gosh, it’s just very strange coming back to [play] a character [after] probably two years, I think. 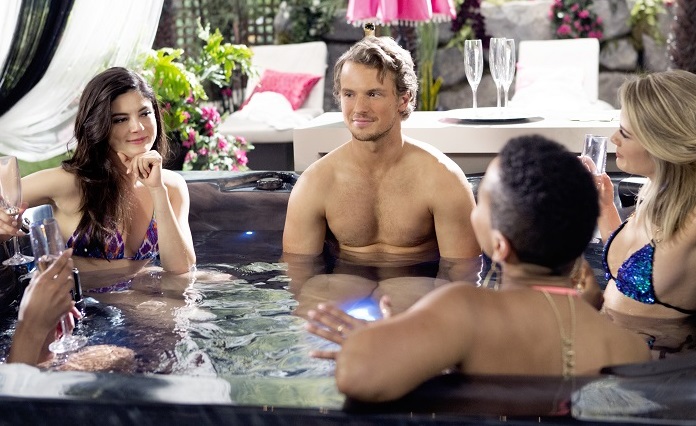 TVLINE | Why would Adam answer Quinn’s call after what the show did to him last season? They humiliated him on live TV!
The feelings he has for Rachel. He knows very well that Quinn is manipulating him. She’s done it many times in Season 1, so he knows that there’s a hidden agenda with her. But he’s willing to take that on if it means that he can get his motivation in there.

TVLINE | That really speaks to the depth of his feelings for Rachel, then.
Yeah, I think it does. That’s what he’s willing to do. He shows that in Season 1 when he helps out Faith with those fake sex tapes, and he does the same for Rachel. If he can try and help her out sometimes, he’ll put himself on the line. He puts himself on the line even for himself in Episode 4, with the investors. [Laughs] He’s willing to do some dark things if it serves his final [goal]. He’s a hustler. [Laughs]

TVLINE | How has Adam changed since we last saw him — and I’m not referring to the scruff and tan. It looks like he’s been on a beach for a while.
[Laughs] I think he’s started to try and take a little bit more responsibility, trying to be a little less selfish. Whether he actually is, that’s up to the audience to decide. But one of his realizations is his conviction for Rachel. 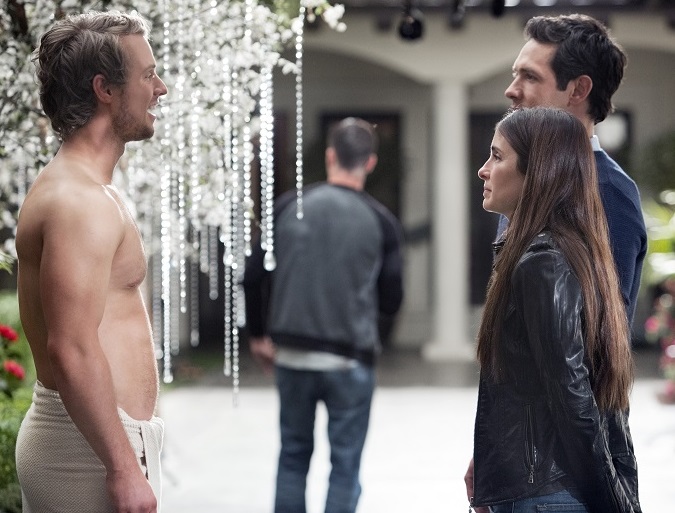 TVLINE | What is his interaction like with Rachel when they’re reunited?
He knows that he really misses her, and that definitely throws a spanner into the works with where she’s at with Coleman and where she’s at in her life. He really did hurt her when he decided to not run away with her because he listened to Quinn. He realizes that, but he definitely hurt her, and maybe that was too much. Maybe he hurt her too much. He wants forgiveness for that, I think.

TVLINE | What does Adam think of Coleman?
To him, it’s just another person. He’s not really threatened too much when he first sees him. Watching the second season, I love [Rachel and Coleman’s] scenes together. They’re actually quite sweet to watch. He’s very good.