THE PERFORMANCE | It was all about the laugh. Midway through Casual‘s seventh episode, Watkins’ lovelorn Valerie — in the throes of a spontaneous, passionate and extremely out-of-character afternoon booty call with bad-boy crush Jack (Kyle Bornheimer) — finds herself overcome with a most unusual feeling: joy. And in that second, it’s as if her body doesn’t quite know how to process it. But instead of questioning or sabotaging her sudden bout of delirium, she surrenders to it. And that’s when the giggling starts.

In the midst of the extended laugh fit, Watkins allowed us to catch a glimpse of what her neurotic, buttoned-up alter ego looks like in a moment of pure unadulterated happiness, and it was as much a relief to the character as it was to the audience. Watkins infused Valerie’s post-coital victory dance with such genuine, raw euphoria that we felt the compulsion to join in.

Later, when the randy couple took the party to hotel’s roof deck for a little champagne and smoke, Valerie let her guard down again, sharing with Jack the “happiest minute” of her life. What followed was a moving three-minute Liz Tigelaar-penned monologue involving one woman’s pursuit of a great cup of pea soup (but mostly just peace) that Watkins quietly poured her heart and soul into.

In those two brief scenes, Watkins unlocked vital new layers of her deeply flawed and highly relatable character, while further establishing herself as one of TV’s most nuanced, naturalistic performers. 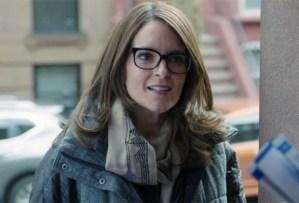 HONORABLE MENTION | Who’d have thought Difficult People‘s Marilyn (Andrea Martin) would finally meet her match in Tina Fey? Certainly not Marilyn. Heck, she didn’t even know who Fey was, which only amplified our delirious enjoyment of their shared screen time in the Hulu comedy’s Season 2 premiere. Playing an obvious exaggeration of herself, Fey had us hooked from the moment she referred to her gig directing an episode of The Blacklist as “a dream of come true… of my agent’s,” then kept us howling until filming wrapped on Marilyn’s will-on-tape. To be honest, this version of Fey — which felt like it was plucked from the assembly line midway between 30 Rock workhorse Liz Lemon and Kimmy Schmidt day-drinker Andrea — might be our new favorite. 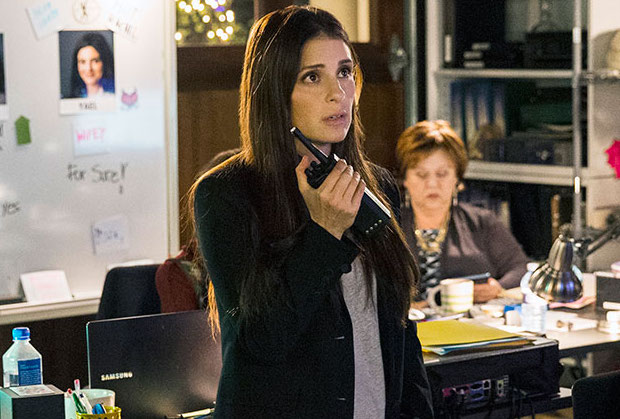 HONORABLE MENTION | Let us be clear: When UnREAL eventually comes to an end, we hope Rachel Goldberg gets the much-deserved happily-ever-after that so many Everlasting contestants crave. Until then, we’re content to watch the executive producer navigate hardship, especially when Shiri Appleby depicts her character’s mental instability so well. In this week’s episode, Rachel tried to make everyone on set (including herself) believe she was fine after Jeremy assaulted her, but Appleby slowly revealed to us that her alter ego was far from OK. From the moment Rachel woke up in her trailer, tears silently streaming down her face, to her panicked and furious on-set monologues, Appleby managed to show us every color of Rachel’s anxiety, anger and sadness.