Question: Anything on next week’s Bones finale? —Jenna
Ausiello: Prepare for a twist ending to rival all twist endings, setting up a doozy of a 12th and final season. “We’ve pulled out all the stops,” declares Bones exec producer Jonathan Collier of Thursday’s closer. “We’re really trying to challenge our characters, challenge our relationships, challenge even the safety of those we love and wrapping it up with an incredible surprise. [The Puppeteer Killer storyline] goes to a place you’re never expecting but that makes complete sense.” 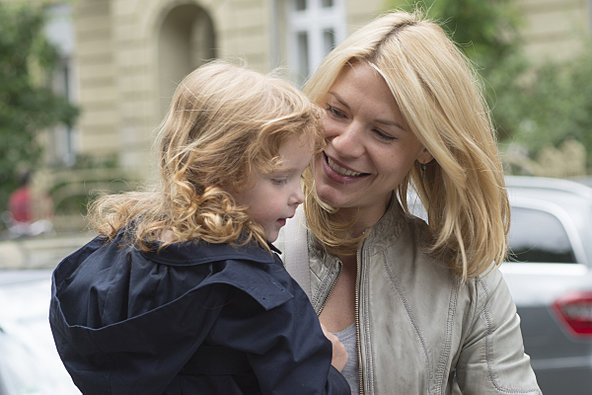 Question: Do you have any kind of scoop about Homeland Season 6? —Dee
Ausiello: With a new setting comes a new… Franny?! The Showtime thriller, which is putting down stakes in New York City in Season 6, is recasting Carrie’s daughter and beefing up the role. NuFranny will be age 4 and have a “major recurring” presence when the series returns in early 2017. Casting is currently underway, so if you have a daughter in the Pre-K age range who is the spitting image of Damian Lewis and doesn’t mind getting almost fake-drowned in a bathtub every few months, hit up Showtime!

Question: It sounds like there are a handful of new characters coming to The Vampire Diaries next season. Any more to add to the list? –Sarah
Ausiello: Funny you should ask that, Sarah, because I’ve got one more to share with you: The Oct. 21 season premiere will introduce us to Georgie, an occult research intern with a few demons of her own. It sounds like she’ll use this field of study to grapple with her dark past, and while we don’t know which characters she’ll interact with the most, it’s safe to assume Alaric will factor in there somewhere.

Question: Please tell me that The Mindy Project isn’t going to make Jody and Mindy a couple next season. He’s all wrong for her! —Tania
Ausiello: We wouldn’t worry too much: The Hulu comedy is bringing on Ben, a “winning, down-to-earth, blue-collar” divorced dad who’s got a teen daughter and who’ll eventually be in Mindy’s romantic orbit. Ben is a pediatric nurse Mindy will run into when she’s got little Leo in tow, and like most of the guys in Dr. L’s life, he’ll initially be really annoyed by her… before starting to see her charms. (P.S. Does this character remind anyone else of Tim Daly’s Charlie Lang from Season 2?)

Question: Anything on Suits? —Lindsey
Ausiello: Donna, being her usual awesome self, “figures out a way for [Rachel] not to have to wait a month” to see Mike in prison, executive producer Aaron Korsh previews. “We open Episode 2 on that. So that’s just a tiny example of the things Donna does to keep people connected” this season.

Question: You haven’t spilled anything on Madam Secretary in a while! —Nicki
Ausiello: You’re in luck, Nicki: One of TVLine’s intrepid Outer Borough Spies tells us that the CBS drama recently filmed in the Bronx, and the location shoot seemed to involve some kind of major, scary event that happens at Jason’s school in the Season 3 premiere. Téa Leoni, Tim Daly and Evan Roe (who plays Jason) were on set, as were director Eric Stolz and exec producer Morgan Freeman. On a related note: Can’t the McCords have a “quiet evening in” every once in a while?! 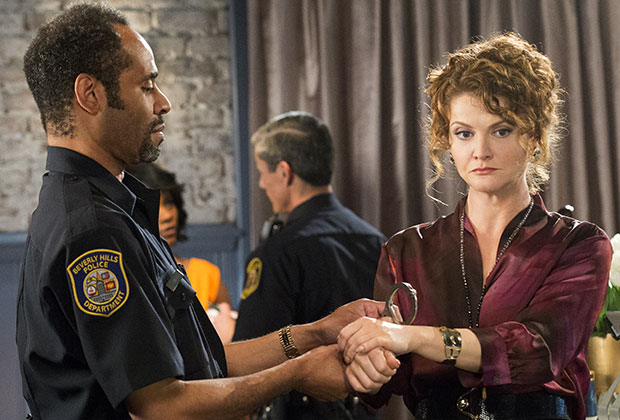 Question: Is this the last season of Devious Maids? I won’t accept anything other than “no.” —Lucy
Ausiello: Will you accept “I don’t know”? Because I don’t. What I do know, however, is that the Lifetime dramedy is gearing up for a hell of a finale. “The cliffhanger this year is … completely unexpected,” Rebecca Wisocky (aka Evelyn Powell) says. And, yes, I added in those eclipses to emphasize Wisocky’s dramatic pause. If you’d rather I quote another rich egomaniac, the finale’s going to be “huuuuge.”

Question: Hawaii Five-0 is casting some interesting people for Season 7: first Rosalind Chao, and now Faran Tahir, if you can confirm. Do you have anything on their characters? —Lisa
Ausiello: Chao, as we reported last week, is playing the new governor of Hawaii, while American Crime and Dallas alum Tahir will guest-star in Episode 2 as Lucky, a suave and polished — and very wealthy — Egyptian-born businessman.

Question: Where is “my man” Tex this year on The Last Ship? —Mathew
Ausiello: TNT is mum on John Pyper-Ferguson possibly resurfacing in Season 3, but Eric Dane won’t rule out an in-the-clutch encore. “Tex is like a wart. He goes away, he comes back,” the series lead told Matt Mitovich. Going all-in with the metaphor, Dane continued: “‘That wart is so ugly I want to hide my hand!’ But when it’s Halloween and you really need it to spook somebody, it’s back on your hand.”

Question: Can you provide anything on a possible Season 3 of The Knick? I’m dying to know! Even if the answer is that it is not coming back… I will be relieved because not knowing is driving me crazy! — Melissa
Ausiello: I asked HBO for an update and they re-sent me the same statement they shared with the media last year regarding the show’s fate, which notes that Steven Soderbergh and his fellow EPs are “working with Cinemax to determine what additional seasons would look like.” 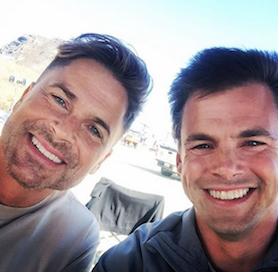 Question: Safe to say Tommy Dewey’s recent Instagram shot with Rob Lowe means we’ll be seeing more of Mike Leighton on Code Black? —Sarah
Ausiello: It’s very safe to say. A CBS rep confirm to me that the Casual actor will reprise his MD role on a recurring basis in Season 2.

Question: I know I have to wait until midseason for more The 100, but is there anything you can tell me about Season 4 now? –Brittany
Ausiello: Anything, you say? How about a new pair of Grounders entering the scene? First up is Hugo, a physically intimidating twentysomething with the instincts of a natural leader. (That said, he’s pretty torn up over all of the atrocities he committed under ALIE’s control.) Then there’s Kenza, a slightly younger, more “devout” Grounder who put down her sword some time ago in favor of a religious life. What a pair!

Question: Can you share any dish about Younger? –Anna
Ausiello: This one’s kind of a doozy, Anna: Though you shouldn’t count out Thad’s twin brother just yet, it looks like Kelsey is getting a new love interest in Season 3. Hilary Duff’s character has a chance meeting with a charming New Yorker employee at a literary event, and there are definitely sparks. (Pun intended.)

Question: Long time listener, first time caller. With The Leftovers Season 3 filming, I had a question about the episode (of the year!) “International Assassin.” Will we ever find out what was said to Kevin by the “Man on Bridge” before he walked off with Patti to the well? —Scott
Ausiello: Damon Lindelof is gonna have to help me with this one. “When it comes to Leftovers, I don’t comment on what we will and won’t answer,” hedges the HBO drama’s co-creator, before adding, “But you might want to pay close attention to the accent the brilliant Bill Camp was using… “

This AAnd That…
♦ My trusty gut is telling me Once Upon a Time might actually/finally be adding Aladdin and Jasmine in Season 6, versus Sinbad and Scheherezade, as we previously speculated.
♦ It’s great that members of the TV Academy finally acknowledged the existence of The Americans, but that doesn’t even come close to making up for the middle finger voters gave to the The Leftovers, Bates Motel and Penny Dreadful.
♦ Programming note: A fresh installment of Ask Ausiello Live! was recorded earlier today and is now archived on TVLine’s Facebook page!