ABC has relaunched its streaming service with not just a new name — ABCd — but a bevy of new bells and whistles.

For one, full seasons of 38 “throwback” series — including Brothers & Sisters, Felicity, My So-Called Life, Body of Proof and Sports Night — will be available via the free, ad-supported service. 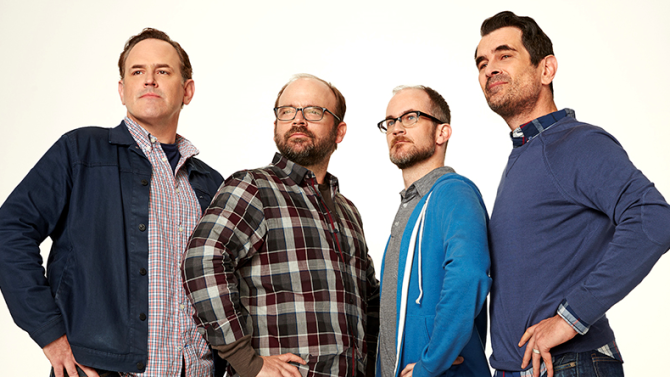 will feature original content, including Boondoogle (watch it here),  which stars Modern Family patriarch Ty Burrell as a 40something TV actor who has finally made it big (with the series Wingbot) and now hangs with his “non-tourage” of best buds (played by Joel Spence, Mel Cowan and Johnny Meeks). Other fresh fare includes Forever 31, starring comedian Iliza Shlesinger.

Watch a sizzle reel for the shiny, new ABCd: