After being struck by her enraged ex-boyfriend, is UnREAL‘s Rachel headed for a nervous breakdown? It would appear so.

Despite having plenty on her plate already on screen, as her producer character struggles to cope in the aftermath of the traumatic physical altercation, the actress recently took on another challenge off screen: directing her first episode. During the installment, Quinn grows closer to her new paramour, Jay and Madison team up, and even Dr. Wagerstein gets in on the drama, all of which afforded the leading lady a revelatory experience.

Instead of only playing and thus connecting to just Rachel, “It was interesting [for me as a director] to be able to tell all three different storylines,” Appleby says. “I really enjoyed that… I love Quinn’s love interest. I love Jay and Madison. I loved that Wagerstein had a story from beginning to end, that had a through-line and a purpose.”

Below, the double threat talks about juggling duties (while also filming a sex scene!) and the turbulent fallout from Jeremy’s attack on Rachel.

TVLINE | They certainly did not take it easy on Rachel storywise for your directorial debut.
No, they didn’t. It worked out that I ended up having a big story. But I was actually really happy about it. I was really looking forward to the challenge of starting to learn how to direct and act simultaneously.

TVLINE | What advice did Shiri the director have for Shiri the actress?
[Laughs] Do it again.

TVLINE | As I was watching the episode, I thought, “It must be so strange to direct your own sex scene.”
My brother said the exact same thing! That’s so funny. That was my brother’s reaction when I sent [the episode] to him. I didn’t really think about it, because quite honestly, in those moments, directors can’t really direct you, anyway. You’re always, as the actor, kind of directing those moments. I think I let myself do [the scene] four times, and then I was like, “That’s enough. Something will work.” 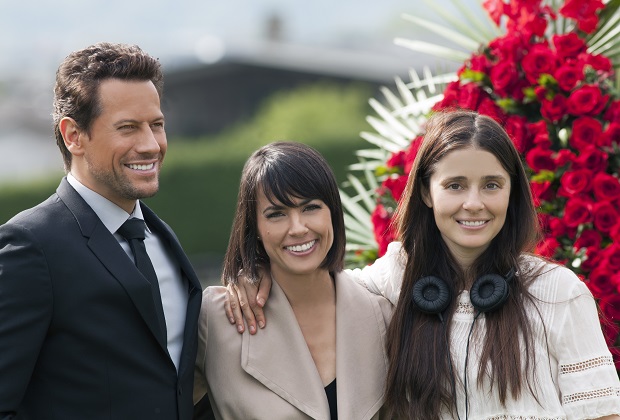 TVLINE | UnREAL is a 10-episode season, so there’s probably some leeway during your hiatus. What other shows would you like to direct?
I’m interested in directing [Bella Thorne’s] show Famous in Love on Freeform. I don’t know if I’ll be able to get the job, but I’m trying to. It’s like a behind-the-scenes of Hollywood with young adults, so I could relate to it.

TVLINE | How does Rachel handle what Jeremy did to her? Does it affect her work?
It affects her whole being. She’s kind of knocked over in a certain direction, and subsequent things continue to happen to her. The second half of this season is really asking the question, “How much can a person take? And how do you get control over your life?”

TVLINE | Chet, for once, did the right thing and fired Jeremy. Does this represent a shift in the dynamic between Chet and Rachel?
I think it’s really about these are all people that don’t have a place in this world other than this show. And they don’t have other people to turn to. They don’t have other relationships. Their whole lives exist on these sets. So Chet really starts to feel like this group is becoming some sort of messed-up family, and he’s taking ownership of it and really taking on that father/nurturer role.

TVLINE | Quinn and Rachel have been on the outs for much of this season. Is this event something that might bring them 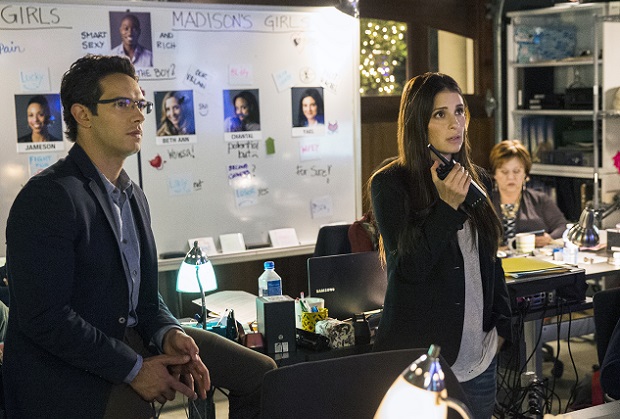 back together as a team?
Not yet. There’s still a few more things that need to happen, but then they come back together.

TVLINE | How does what Rachel’s dealing with affect her relationship with Coleman?
She has to decide how much of herself she’s going to expose to this person. Even though she’s siding up with him as some sort of escape route, she does make herself vulnerable to him.