On Freeform’s Dead of Summer, premiering Tuesday at 9/8c, the only number rising faster than the temperature is the body count.

That said, executive producer Ian Goldberg assures TVLine, “We’re not a slasher show. We’re not Friday the Thirteenth. So while there will be kills, we haven’t given ourselves the mandate that someone has to die in every episode.”

The thriller, set at Camp Stillwater in the summer of 1989, follows a group of unsuspecting counselors as they slowly discover that their new place of employment — as well as their new co-workers — holds its share of deadly secrets.

“The blood and gore is really secondary to the supernatural aspects,” adds executive producer Eddy Kitsis. “We look at the camp like the Overlook Hotel in The Shining. It’s not stabby-stabby all the time.”

And given that this show comes from the executive producers of Once Upon a Time and Lost, you can count on flashbacks playing a vital role in its storytelling process.

“For us, the show — at its dramatic core — is about identity,” Kitsis says. “As you’ll notice in the pilot, it seems like every character has a secret. So we’re going to be flashing back to who the characters were before they came to camp.”

That coming-of-age vibe can be felt in all aspects of Dead of Summer, including the time and location in which the series is set.

“The reason we chose the late ’80s is because the ’90s started to bring in the world we live in today,” Kitsis explains. “The ’80s was saying goodbye to the world that used to be. We loved that crossroads feeling, because that’s what it’s like to be 18 and dealing with your identity. There are definitely specifically ‘80s references to the culture. We’re going to be dealing with some things that happened in the ‘80s, as well as shout-outs to our favorite bands and movies.”

And speaking of identities, you might notice that Mark Indelicato’s character is more outspoken about being gay than you’d expect a teenager to be in the late ’80s. It turns out there’s a reason for that, too.

“What we love about Blair is that, while you see everyone else struggling to figure out who they are, he seems pretty self-assured,” Kitsis says. “We love his braveness. In the late ’80s, that was not very common, especially in high school. Most people hid what they were. But we wanted someone to be OK with it, strong with it. Someone always has to set the trend.”

Is Dead of Summer already programmed into your DVR? Drop a comment with your thoughts and hopes for the new Freeform drama below. 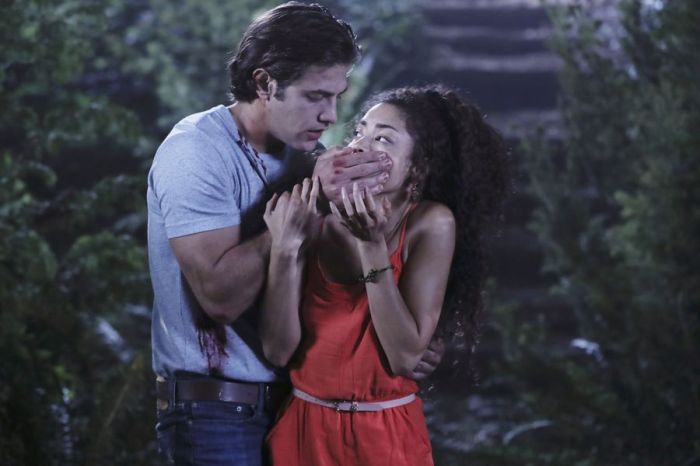