Music makes the people come together… and so does an all-new TVLine Mixtape.

What follows is a collection of songs recently featured on your favorite shows, complete with artist and album information — and a Spotify playlist — in case you want to add them to your own playlist.

So hit the comments with songs that have stood out to you this summer. And remember: You can always submit questions or suggestions about TV music on Twitter @sarahhearon.

SERIES AND EPISODE | Pretty Little Liars, “Tick-Tock, Bitches”
SONG | “Happiness”
ARTIST | The Fray
ALBUM | The Fray (2009)
WHY IT ROCKED | Ezria fans, rejoice! Aria reunited with Ezra after hearing their song play on the jukebox (B-26… “It’s a number, a song, a girl!”) and despite not knowing their relationship status, the pair was together and happy for the first time in a while. 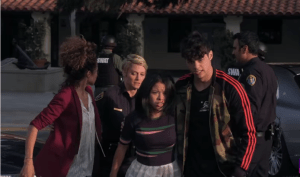 SERIES AND EPISODE | The Fosters, “Potential Energy”
SONG | “Calling All Angels” ARTIST | Jane Siberry and k.d. lang
ALBUM | When I Was a Boy (1993)
WHY IT ROCKED | Toward the end of an emotional episode, Mariana was reunited with her family in a heartfelt, dialogue-free moment after her boyfriend Nick brought a gun to school. 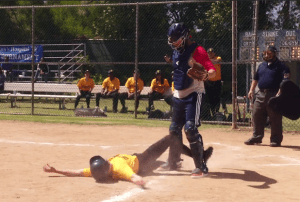 SERIES AND EPISODE | The Mindy Project, “There’s No Crying in Softball”
SONG | “It’s Tricky”
ARTIST | Run-D.M.C
ALBUM | Raising Hell (1987)
WHY IT ROCKED | The only thing that could’ve made the already fantastic montage of the not-so-sporty Shulman & Assoc. team playing softball better was Run-D.M.C. Here’s hoping the docs play in the tournament again next year. 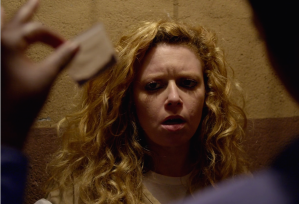 SERIES AND EPISODE | Orange Is the New Black, “Piece of S—t”
SONG | “You Know Me Well”
ARTIST | Sharon Van Etten
ALBUM | Are We There (2014)
WHY IT ROCKED | At the same moment Caputo signed the papers to finally release Nicky from maximum security, she slipped back into her old habit and “paid” for heroin in a heart-wrenching scene. 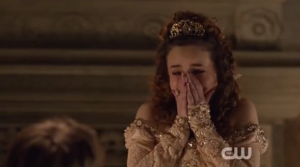 SERIES AND EPISODE | Reign, “Spiders in a Jar”
SONG | “Youth”
ARTIST | Troye Sivan
ALBUM | Blue Neighourhood (2015)
WHY IT ROCKED | The sound of this romantic tune completed the long-awaited proposal between Claude and Leith. Fingers crossed we will get to see these lovebirds walk down the aisle after he was stabbed not long after the sweet engagement. 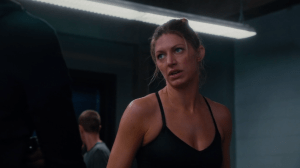 SERIES AND EPISODE | Mistresses, “Under Pressure”
SONG | “Higher and Higher”
ARTIST | Sleep Machine
ALBUM | N/A
WHY IT ROCKED | Despite promising her fiancé Harry that she would take time off from the self-defense class that was leaving her all bruised up, Joss fought through the pain of her injuries and continued to recover from last season’s Wilson/Calista incident.