Some of the biggest names in music assembled at Sunday’s BET Awards for a diverse series of moving tributes to Prince, two months after the music legend’s untimely death.

But before we break down the performances, here’s some important background info: On May 23, just one day after Madonna and Stevie Wonder honored Prince at the 2016 Billboard Music Awards, the BET Awards tweeted a promo for its own upcoming Prince tribute.

“Yeah, we saw that,” the photo read, implying a less-than-stellar review of Madge’s effort. “Don’t worry. We got you.” (For what it’s worth, TVLine readers also sneered at the Billboard tribute; 17 percent of voters gave it a big fat “F.”)

Rather than attempt to honor Prince’s memory with a single tribute, the BET Awards allotted for several performances throughout the night, beginning with Erykah Badu and the Roots’ rendition of “The Ballad of Dorothy Parker.” The team-up was introduced by an emotional Dave Chappelle, who rocked a purple pocket square in memory of his idol.

This was followed by a haunting performance of “The Beautiful Ones,” with Bilal taking control of the microphone. Bilal was literally on the floor by the end of the minute-long tribute:

The ceremony’s second hour featured an energetic duet of “Take Me With You,” courtesy of Stevie Wonder — who’s basically on a Prince appreciation tour at this point — and Tori Kelly:

Next, Jennifer Hudson took the stage for a powerful rendition of “Purple Rain,” inspiring a theater-wide sing-along of the iconic jam:

Maxwell kicked off the 10 o’clock hour with back-to-back performances of his own “Lake By the Ocean” and Prince’s “Nothing Compares 2 U”:

Shortly before the clock struck 11 (eastern), Janelle Monáe sauntered onto the stage, dancing her way through a medley of Prince’s hits, including “Kiss”:

And the night of Prince tributes came to a close with a high-energy performance from Sheila E., which included — as expected — some killer drum work:

Sheila E. knocked it out of the park with her #Prince tribute. We love and miss you ☔️☔️☔️ #BETAwards pic.twitter.com/bvW1pL2kS6

Do you think BET honored Prince better than Billboard? Vote for your favorite performance below, then drop a comment with your full review. 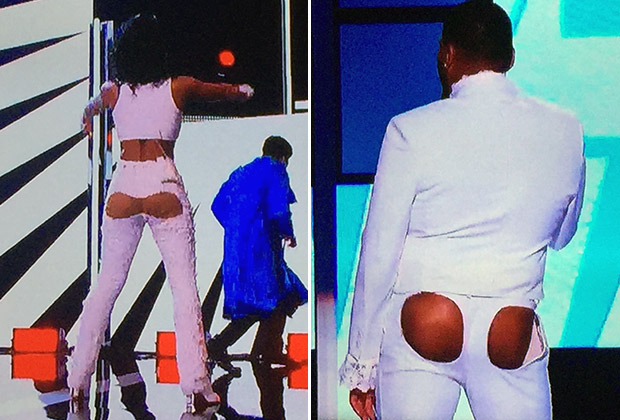