You’re going to have to keep holding on to that sigh of relief. Though The Fosters clan made it through Monday’s frightening season premiere — in which the Anchor Beach campus was put on lockdown due to a potential shooter threat — they’re hardly out of danger.

With suspected gunman Nick still out there, Stef took nothing for granted and cleared the house first before letting her family inside. But as viewers saw, the teen was in Mariana’s bedroom moments before the cop entered, and “it’s very possible that Nick might still be in the home,” executive producer Bradley Bredeweg teases.

“In a way, the Fosters’ home is on lockdown” during next week’s (almost) bottle episode, the EP previews.

Below, Bredeweg explains why it was important that viewers not see Nick during the school lockdown and why Jude is questioning his sexuality after coming out. He also hints at more “repercussions” for Callie and Brandon now that their secret is out.

TVLINE | Nick very much remains an enigma throughout the premiere. We don’t really know what his intentions are – does he want to hurt himself, Mariana or just anyone? What is his mindset through all this?
Obviously, Nick has a heartbreaking history. We’ve been able to explore his relationship with his fathera little bit. He comes from a very broken household. There is some mental instability there with Nick, and we believe that that has to be the focus in these tragedies as well. How can we put more focus into our mental health system in order to help prevent serious situations like this moving forward? Nick is in a very bad place. It’s a multi-layered situation for him.

TVLINE | Will there be more fallout for Brandon and Callie following the reveal of their relationship?
Absolutely. You know our moms pretty well by now. There is major fallout that has repercussions throughout the entire Season 4A. It very much is a driver and a big part of the season. 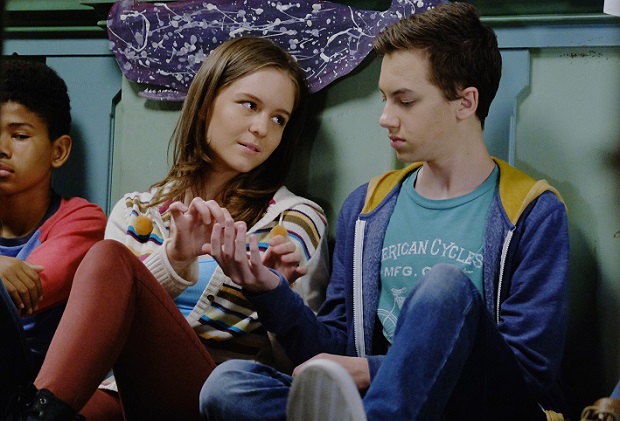 TVLINE | Talk to me about Jude’s confusion and his arc this season.
Look, he’s a 13-year-old, and sexuality at 13 is a very complicated thing. He certainly knows who he is, but he is exploring all sides of that. He had gone through some tragedy, having lost Jack, and the breakup with Connor was a heartbreaking moment for him. So when a 13-year-old boy is going through those kinds of complications and emotions, that boy might tend to step back and say, “Why are all these bad things happening to me? Why can’t I just be what I feel like I am?” We’re really interested in exploring that.

TVLINE | There are a lot of viewers who really love Jude and his storyline, and look to him as a beacon of hope or a role model, in a way. What do you say to those fans who are concerned it’s going in a different direction now?
I wouldn’t be concerned about that. When I was 13 years old, I certainly knew that I was gay. There are complications to that as a 13-year-old boy. You do look at the world around you and you do question and you do wonder and you do look internally and you do beat yourself up about it sometimes. It’s a different time now, of course, but as we’ve seen [recently], there’s still a lot of hate and question marks and people that point fingers and come down on you for those kinds of things. So to be a 13-year-old gay boy is a very complicated thing, and we’re very interested in exploring what that’s like. I wouldn’t be afraid of it as an audience member. To me, that makes [Jude] even more of a role model. It’s complicated to be a 13-year-old boy to begin with. Add to that that you’re a gay 13-year-old boy in a world in which you don’t always feel safe. You live in a safe house, but the world outside of it is not necessarily as safe as the Fosters’ home.

Fosters fans, what did you think of the season opener? Grade it via the poll below, then hit the comments to back up your pick!