Will Person of Interest end with a “bloodbath”? Who’s new on Arrow? Will an Orphan Black mystery be solved? Read on for answers to those questions plus teases from other shows.

Got any intel for us for the final episode of Person of Interest? —Ashley
“You know, it’s a bloodbath. As usual,” co-showrunner Jonah Nolan told me of Tuesday’s episode, which caps “five glorious seasons.” But it’s also the finale that was plotted out many years ago. Says the EP, “There have been points along the way where we’ve adapted, changed course, incorporated new things — Shaw was a character that we hadn’t fully conceived of when we started the show — but this is the end that we always talked about, the end that’s indicated in the pilot,” where Finch warned Reese, “If we keep doing this, we’re not going to make it.”

Oh wait, I’ve actually seen the finale, so I can add to this conversation that its original title, “Everyone Dies Alone,” is a heavily recurring theme throughout, as are the words we heard spoken by The Machine when the season opened. I can also report that if you’ve wondered how Shaw would react upon meeting the person whose bullet felled Root, you will get that face-off, while all told there are about two to three Kleenex moments. If you haven’t seen the final trailer, here it is:

Be there for Team Machine's final mission on the #PersonOfInterest series finale Tuesday 10/9c. 📡📡📡 #POIfinalehttps://t.co/sUAw1kW0EL

Instead of #RealQsRealAs, I’m asking an #UnREALQuestion and seeking an #UnREALAnswer. Any scoop on when Adam/Freddie Stroma will make his Season 2 appearance and/or why he returns? —Stephanie
The when of Adam’s reappearance is a secret, but suffice to say, he comes back in a very unexpected way and in doing so definitely shakes up Rachel’s world. Speaking of the ousted Everlasting showrunner, Shiri Appleby had this to say about Rachel’s backfired plan: “She doesn’t deal with it very well. She’s sort of a little bit lost at sea in that she’s not running the show, she doesn’t really have any ‘girls to produce.’ So the only way for her to gain control of the show is to play a little nasty.” Which is fine by us!

Any scoop on Arrow Season 5? —Alamin
Thank you so much for asking about Arrow, which follows the derring-do of a costumed crimefighter! In addition to the recently cast series regular role of DA Adrian Chase and the vigilante known as Wild Dog, Season 5 will also introduce us to the recurring character of Derek Zaba, a man of  fierce intelligence whose wit and humor belie a person wrestling with  deep-seated demons. Derek looks to his Jewish faith to ground  himself, having been raised in a devout family, and while usually kind and  well-meaning, he also can come off as a physical threat. (He sounds very Russian flashback-y, yes?) 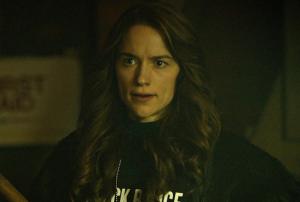 tell me about the final episodes of my new summer obsession, Wynonna Earp? Would love Officer Haught scoop specifically, but anything new would hit the spot! —Crystal
What I can tell you is that in the final two episodes of the Syfy freshman (airing Fridays at 10/9c), we learn more about Willa Earp’s backstory, where she’s been all these years, and who is the true heir and rightful owner of Peacemaker. As for Officer Haught, you will very soon see her get out of that stuffy police uniform and into formal wear. (That’s right — it’s date night in Purgatory!)

Are we going to get any explanation or more hints about Kira’s seemingly psychic connection to the clones before this season of Orphan Black is over? —Katie H.
While “we will discover more about it” in the future, don’t expect a detailed explanation. Per EP Graeme Manson, “The most interesting thing about Kira’s empathetic tendencies is that those are the most human and ineffable qualities you can have. We’re not the kind of show that’s going to say, ‘Oh, we have a scientific reason for human empathy or for ESP or whatever you want to call it.’ I’m sure everybody’s interested about it, and I’m sure our characters will be very interested in it, but are we going to wrap it up with a bow and tell you it’s genetic? To me, that’s not a very satisfying answer. I’m more interested in the ineffable quality of it and the fact that, as human beings, we beat ourselves up to try and define everything.”

Anything new on Quantico Season 2? —Barb
Producers are on the prowl for an African-American actress in her late 20s to play a new agent summed up as “Jessica Jones by night, Jessica Chastain in Zero Dark Thirty by day.” Lydia (the character’s tentative name) is described as a “sharp and sexy” prodigy who will do whatever it takes to get what she wants in the field. She also speaks multiple languages including, presumably, the language of luhrve. 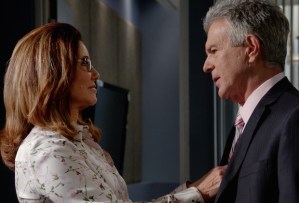 about Major Crimes? —Ilona
Ilona, you strike me as someone who digs the Sharon/Andy romance, so here’s a bit more flavor for the episode in which the new home Andy is perusing turns out to have a dead Realtor floating in its pool. Because when I quipped to show boss James Duff that such a thing is likely to shave a few dollars off the asking price, he said. “That’s exactly what happens! Provenza says to Flynn, ‘How badly do you want this house? and he says, ‘Very badly.’ And so Provenza immediately goes out to the media and says, ‘We don’t like to use words like haunted or cursed, but…,” and he scares all the other people who are bidding on the property.”

Do you have any clue why Fox is waiting until the middle/end of July to air the final two episodes of this season of Bones? —Beth
Indeed, Bones is airing new episodes on June 16, June 23, and July 14, leading up to its July 21 season finale. I strongly suspect they’re going with reruns on June 30 and July 7 since HUT levels (“TV usage”) are significantly lower surrounding a holiday such as the Fourth of July.

Will Chicago P.D.‘s Antonio be given a storyline? —Angelica
Did you see our way early fall TV scoop about Antonio’s love interest? You want some more deets? While executive producer Matt Olmstead warns that nothing is official yet, there has been talk in the writers’ room about “a secret little romance” between the detective and a character that we’ve seen before on Fire “that would exist on both shows,” the EP reveals.

Since Julie Benz has a new TV show (CBS’ Training Day), will she stay on Hawaii Five-0 as a recurring character, dividing her time between Hawai’i and L.A.? —Lisa
When asked about the state of the Chin/Abby relationship, in light of Benz’s new gig, exec producer Peter M. Lenkov told me, “We’re absolutely hoping to continue that next season.” Given that Benz is currently making the Monte-Carlo Television Festival rounds as an H50 emissary, I’d say it’s a safe bet she’ll pop up here and there, as Chin ponders dipping his toe into the parenthood waters.

Do you have any idea when Cinemax will air their new series Quarry? —Jason
There’s no set date yet (just this teaser), but I am hearing it will be “early fall.”

Any word on when Playing House will be back for Season 3 on USA? —Tina
Alas, you don’t even get an “early fall” from me. Just a frustrating “TBD.” 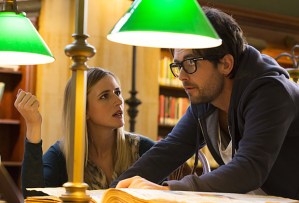 advance word on American Gothic? What type of show is it? Will it be a fun, hot mess like Harper’s Island? —Shawn
Between this and CBS’ other summer newbie, BrainDead, I give the edge to American Gothic, which follows a well-heeled Boston family’s connection to a long-ago series of serial murders — and, worse, just as one of them is running for office. Like BrainDead, it’s a bit slow out of the gate, but by the end of the premiere there are enough questions raised and guilty-looking parties hinted at to keep you glued to the mystery. (Cat owners might wanna be wary of the Virginia Madsen’s TV grandson, however. Egads.) At first blush, American Gothic doesn’t seem to be quite as gleefully ghoulish as Harper’s Island, but hey, we can always hope.