Orphan Black‘s wild Season 4 finale on Thursday found several clones — and their loved ones — facing their own mortality.

Before we bring you scoop on what comes next, let’s recap the crazy twists: With human cloning back on the table, a power-hungry Rachel made a play for control of Neolution. Susan Duncan was unhappy with her choice, so Rachel stabbed her mother — and then savagely attacked Sarah when she arrived on the island to rescue Cosima. 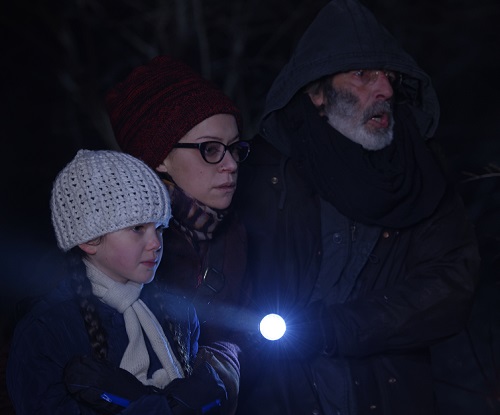 and a still-sickly Cosima tried to escape to a nearby boat when they were taken in by a mysterious man and his group. At his base camp, Cosima and Delphine were finally reunited, after which Cosima revealed that she’d taken half of the replicating cells — but Rachel still had the other half.

“It’s the same [material], but they have vastly different agendas,” executive producer Graeme Manson explains. “Cosima wants to cure herself and her sisters. Rachel wants to use that replicating cell line to restart human cloning, and her vision for the clones is not one where they are coddled and given the illusion of freedom and choice while they’re being monitored.”

While Sarah lay bleeding on the island’s rocks and Ferdinand held Mrs. S and Kira hostage back home, Rachel alerted the board that she had obtained the cell line. Her efforts were rewarded with a doorbell ring from the founder of Neolution, P.T. Westmoreland.

TVLINE | This felt like one of the show’s darkest and most twisted episodes to date. Was that the intention going into the finale?
It was probably our darkest season, certainly since the first. Obviously, we had Krystal. We’re never all dark. But what Sarah was going through this year was a dark journey. We thought it really had to pay off, and we knew it wasn’t going to be a pleasant climax to the season – but is it ever?

TVLINE | What note do you hope the finale leaves viewers on heading into Season 5, then?
We love a nice note of, “WTF?” with a smattering of, “How the hell are we going to get out of that?” We’ve thrown open this door of P.T. Westmoreland, and we’ve spent some time on this island. We’re very excited to explore that world. Sarah and all the clones, including Rachel, they’ve really done a lot to climb that pyramid. Now, what are we going to find at the top?

TVLINE | Quite a few characters were left in jeopardy at the end of the finale: Cosima, Sarah, Susan Duncan, even Mrs. S and Kira. Who should we be most worried about?
We have to be worried about everyone equally. But Sarah’s got two main issues: She came to the island to rescue Cosima, and now Kira is a hostage back with Mrs. S. So Sarah’s got two huge concerns, not to mention she’s pretty beat up and bleeding. 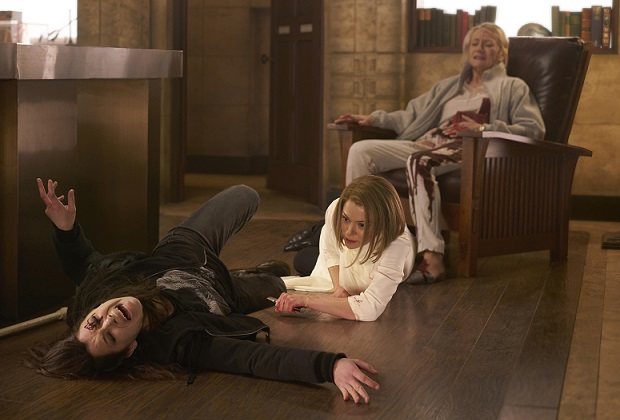 TVLINE | That confrontation between Sarah and Rachel was so intense, almost like a horror-movie thriller with the monster getting loose.
[Co-creator/director] John [Fawcett] and myself – particularly John – really love the horror and the visceral horror. It’s part of what we do. We love mashups on the show. We love mixing tones. That horror element that you’re talking about is really one that we can pull off well with everything that Tatiana [Maslany] does. Sarah vs. Rachel, too, is bringing us back to our earlier seasons, where Rachel came out of the woodwork and was Sarah’s real nemesis. Moving forward, we have narrowed it back down to clone vs. clone. I’m very interested in exploring that nemesis relationship.

TVLINE | Rachel has never been the warmest or sanest person. But it really felt like she cracked in this episode. What sent her over the edge?
On a deep psychological level, her hatred of Sarah is because Sarah has had so many of the things that Rachel has not had. Sarah has freedom, whereas Rachel has been ordained to be who she is more than any of the other clones. Sarah has perhaps a slightly dysfunctional but certainly a nurturing family, a chosen family. And Sarah has the love of her sisters. This is the root of Rachel’s jealousy and bitterness and true hatred. It’s a self-hatred at its core.

TVLINE | I don’t know who’s more of a killer now: Rachel or Helena?
[Laughs] It’s interesting that those two are two sides of the same coin. But Helena has been through something of a redemptive journey. Though she still may be a killer and an enforcer, willing to do that for her sisters, Helena has found family and been embraced. Rachel has not.

TVLINE | Talk to me about that smile on Rachel’s face at the end of the episode. What’s going through her head in that moment?
I really like that little smile, too. To me, in that moment, that is victory for Rachel. That is, “Everything that I’ve been raised for, everything that I’ve been through, is paying off now, because I am the anointed one.” 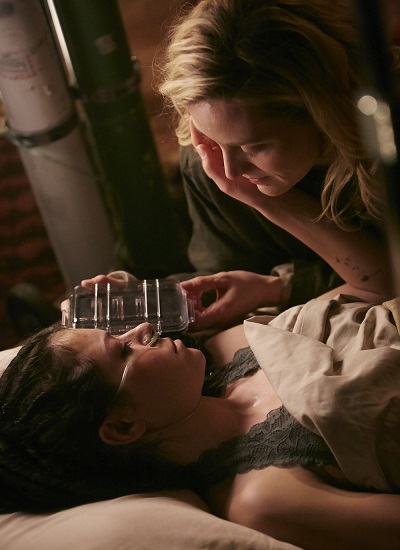 TVLINE | Since Cosima has what she needs for the cure, can we grasp onto hope there? Or is the situation that she’s in still very dire?
I think we can all take a breath of relief… But let’s not forget that gene therapy is an experimental procedure, in the real world as well as on the show.

TVLINE | Now that we know Delphine is alive, can we expect to see her back next season?
In some capacity, for sure. It was always our desire to bring Delphine back, and we had to play tight-lipped and deflect and lie and keep our secret last year. It wasn’t easy or pleasant. But these are the vagaries of actors with busy schedules. I don’t know what it looks like [next season], but again, we’re going to do our best to let the story of Cosima and Delphine play out through the show.

Orphan Black fans, what did you think of the season ender? Grade it via the poll below, then hit the comments to back up your pick!